​STEPHAN VAN DEN BERG
Stephan van den Berg was the first in everything. Swept away by the windsurfing craze in the Netherlands, he only competed in his first races in 1979 at age 17. By age 18, Van den Berg would become World Champion in the triangle racing disciplines four years running. With these credentials, he was considered the top favorite for the inaugural windsurfing event held in Windgliders at the 1984 Olympics. The racing proved to be highly competitive, all vying to become the first Olympic champion of the sport. Although the heavier Van den Berg struggled in the fickle winds with an 11th place finish against the lighter competition – American Scott Steele and New Zealand's ringer Bruce Kendall looking good for gold – but then he managed to finish in the top four in all but one of his races, securing his country's first sailing gold since 1936.

Following this success, Stephan turned pro with some success, but returned in 1991 to compete at the 1992 Games. He qualified for Barcelona, where he finished 7th in the Men's Lechner A-390.

Despite not gaining another medal, Stephan was already Dutch celebrity, and would build upon his success with the help of his brothers Ron and Marco to establish the top action sports store in Hoorn. Van den Berg is still in top form in all of the sports they offer, from windsurfing to SUP racing, kiting, skiing, and now foiling. 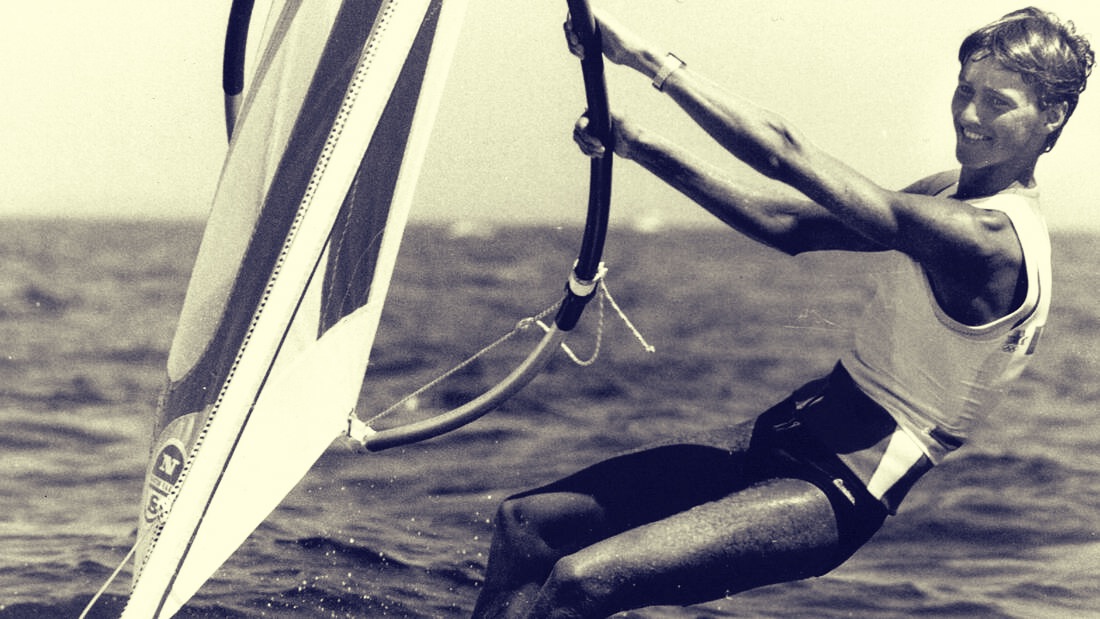 Stephan all smiles after winning Gold at the first Olympics for windsurfing. 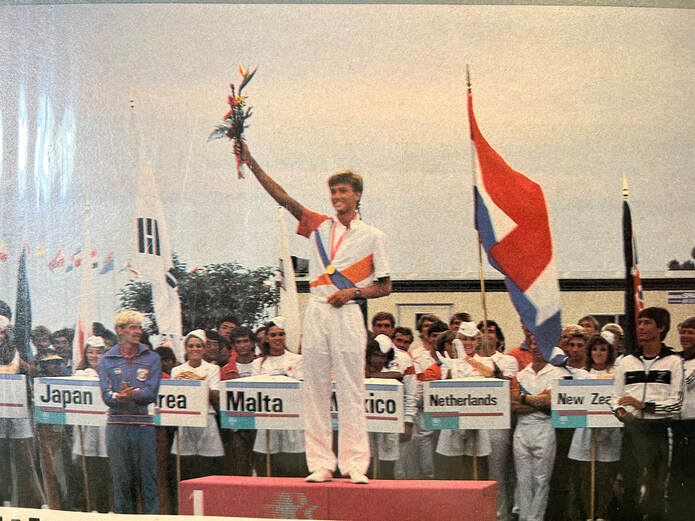 First Dutchman in sailing to win gold since 1936. That's all changed now, with the last three golds won by the Dutch. Stephan paved the way for future dominance. American Scott Steele getting ready to step onto the podium with silver and Bruce Kendall, NZ, for Bronze. 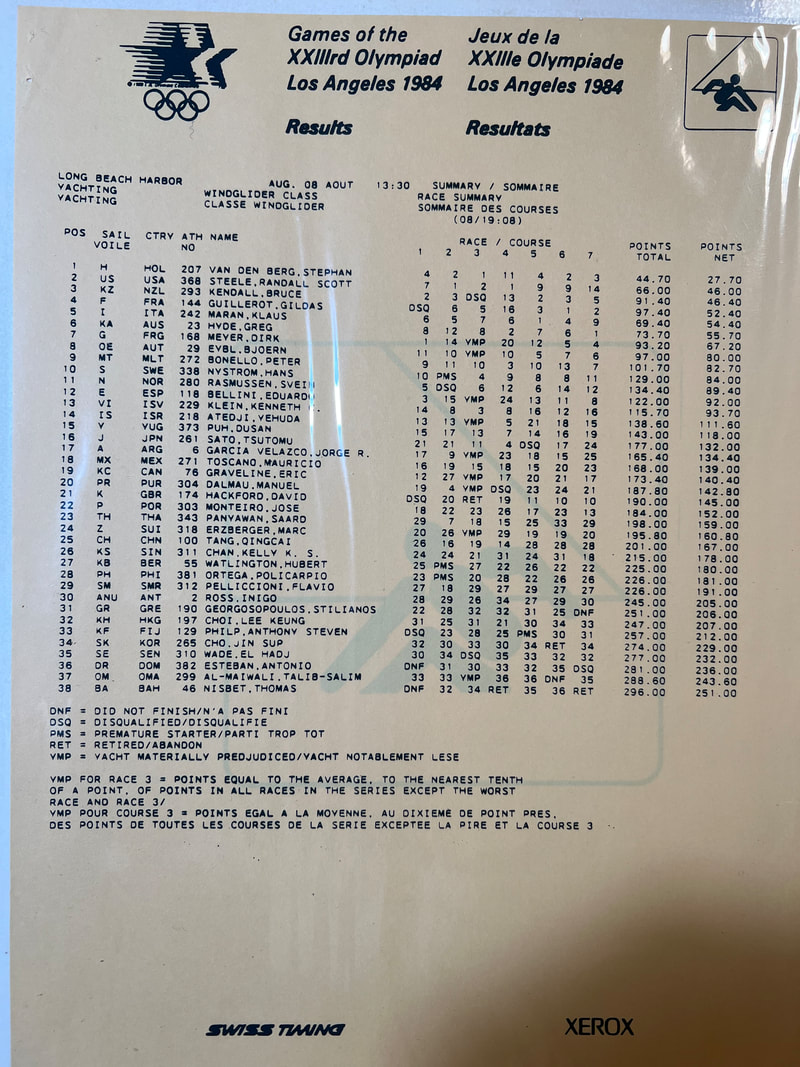 Noted, there was also a Windsurfer Demonstration event held on Original Windsurfers, in which Triangle racing, longboard Slalom and Freestyle were featured, won by Bruce Wylie, developer of the Windsurfer LT, which Stephan now competes in along with 2021 Olympic champion, Kiran Badloe. 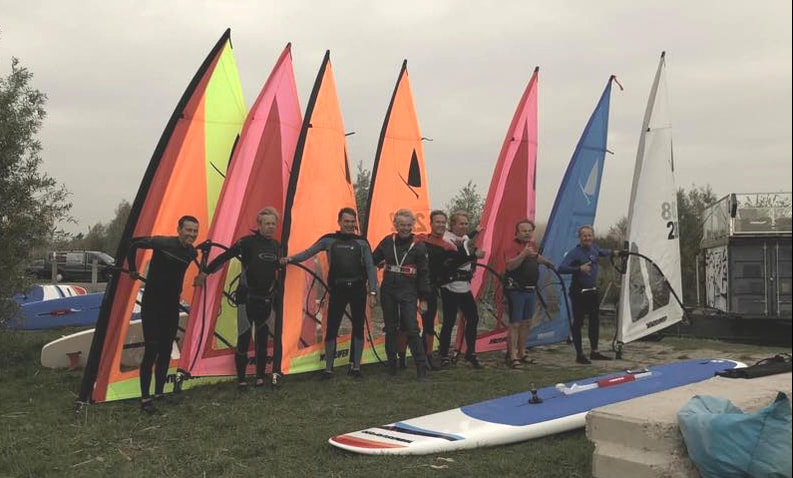 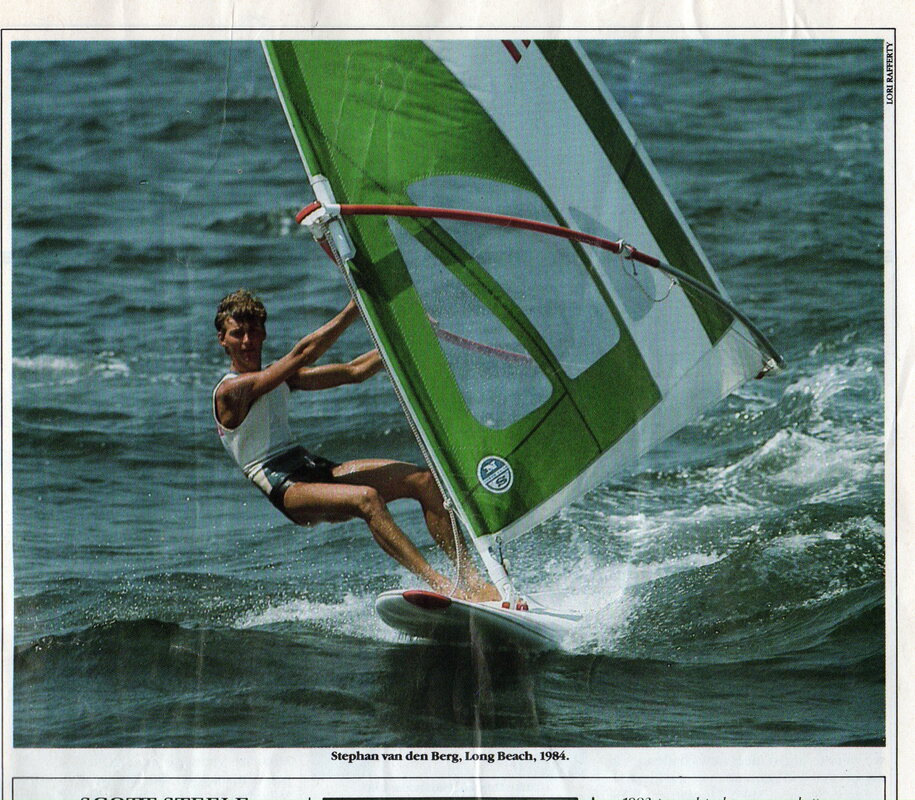 Do they have Wheaties in the Netherlands? 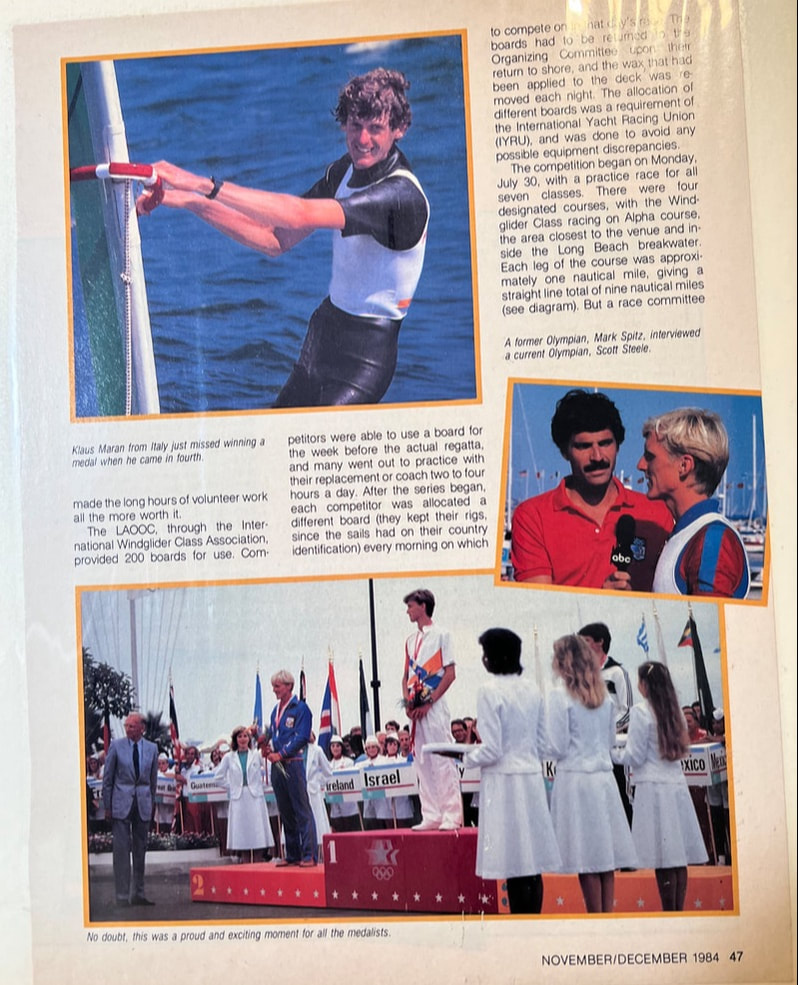 Klaus Maran was a favorite for Silver, but Scott Steele surprised everyone with his superior racing tactics honed from years racing dinghies like Lasers. And Bruce Kendall? He came out of nowhere with little support, long before NZ was a powerhouse name in sailing. See his bio page and hopefully Scott's in next year's induction. All of these guys have done a ton for the sport out side of just being excellent on the race course. 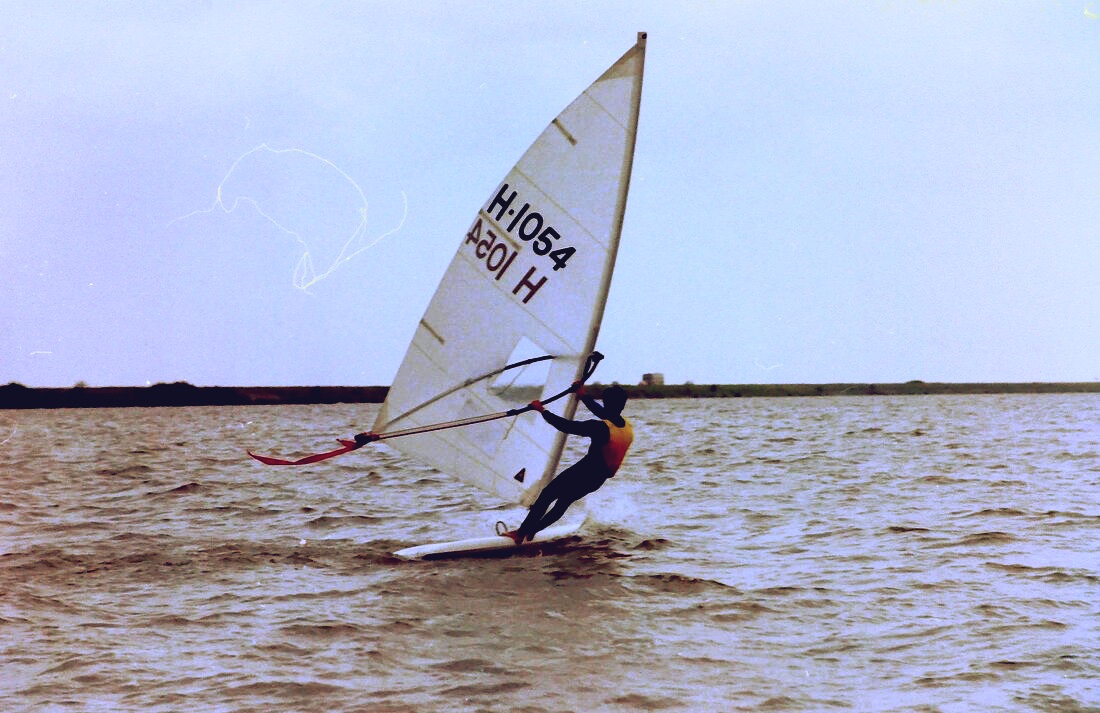 Stephan training on the Lechner. 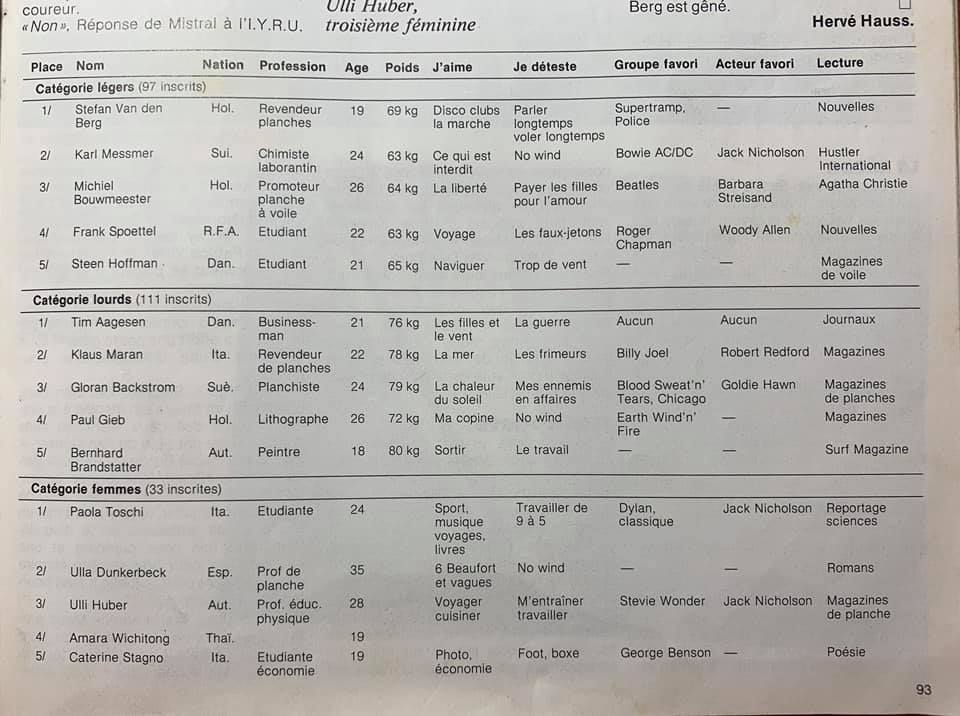