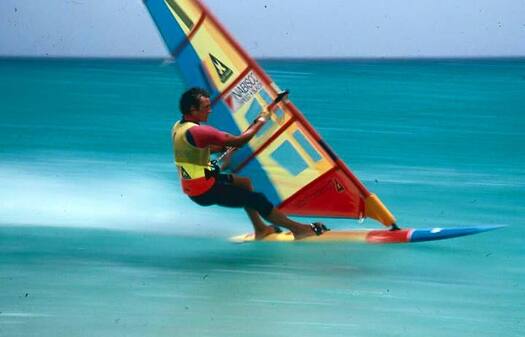 Pascal Maka, The Crossbow Killer. Once in a generation, a talent comes along that regardless of accomplishments, walks with an air of greatness. In this case, that talent walks on water, and at speeds previously unattained. It does not matter that this speed was upped by a newer, heavier generation, nor that he came back to steal the record once again. More importantly, Pascal has taken each step and carried every record humbly.

Though Jaap van der Rest in 1980 at Maalaaea Bay did set the first mark of speed – no straps, no harness – at 24.45 knots, it was Pascal who was recognized as the face of speedsailing. He made it a thing. And then, Fred Haywood made it a bigger thing by breaking 30 knots, as if it were a layer between heaven and space. But there was still Brit Tim Whelpton's Crossbow record, established and upped to 36 knots by this revolutionary sailing craft. A record standing from 1975-86, would a windsurfer ever break this stranglehold?

Do I hear revolution? French revolution? Why, yes! Pascal Maka carried the entire windsurfing world on his back, smashing (sorry Brits... stole your record and your word) that record with a speed of 38.86 in Sotavento, Canaries island in an official full competitors speed event. in a speed canal, and upping that record in 1990 to 42.91 knots at Saintes Maries de la Mer, a speed canal.

Sure, that record was broken again and again by fellow countryman Antoine Albeau at Luderitz speed canal in Namibia (52 knots), an event enabled and organized by none other than Pascal Maka. Yes, SailRocket upped this to a ridiculous 65.45 knots over 500 meters (the length of course the top record is measured).

Pascal has also organized GPS speed events that opened up a can of Foie Gras to speedsailors around the world. However high speeds climb by foe or foil, Pascal Maka will always be remembered for his contributions to speedsailing, and a right good rascal. 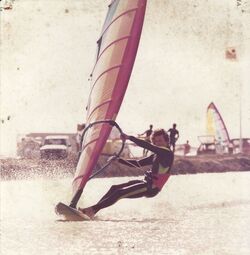 Pascal et le Canal.
Your first windsurfing experience? "Calais, north of France in 1976, I learnt on my own and Damien teached me a few skills."

Favorite minute of windsurfing? "When I beat Crossbow record July 21st, 1986 in Sotavento, 38,86 knots run, with all my friends."

​What would you like to be remembered for in this sport? "As a pioneer in speed sailing and a smart competitor." 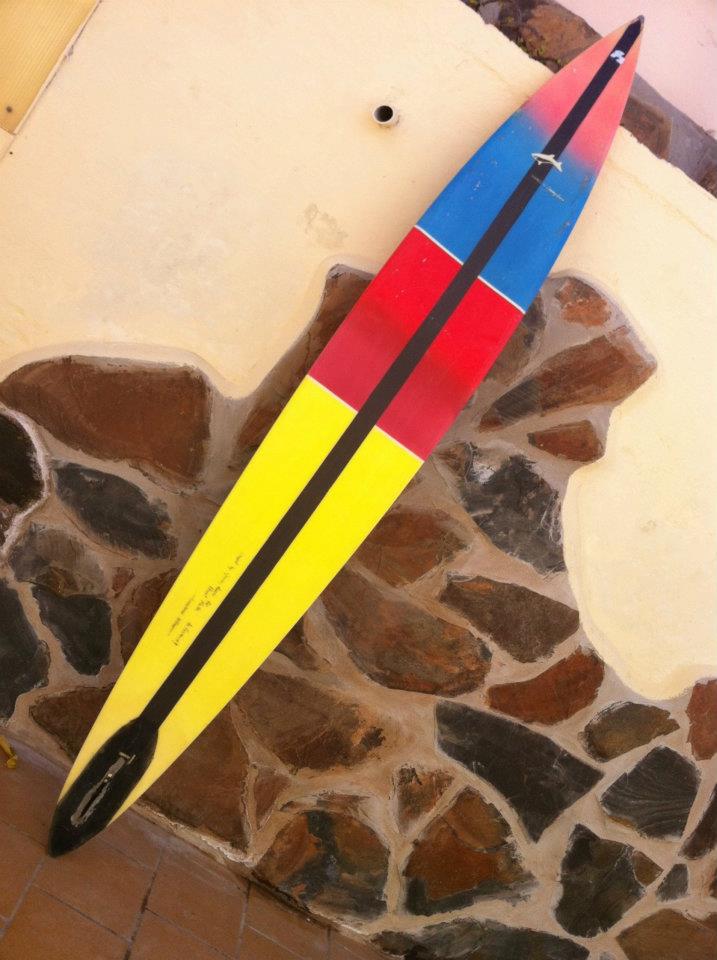 The board that killed Crossbow. 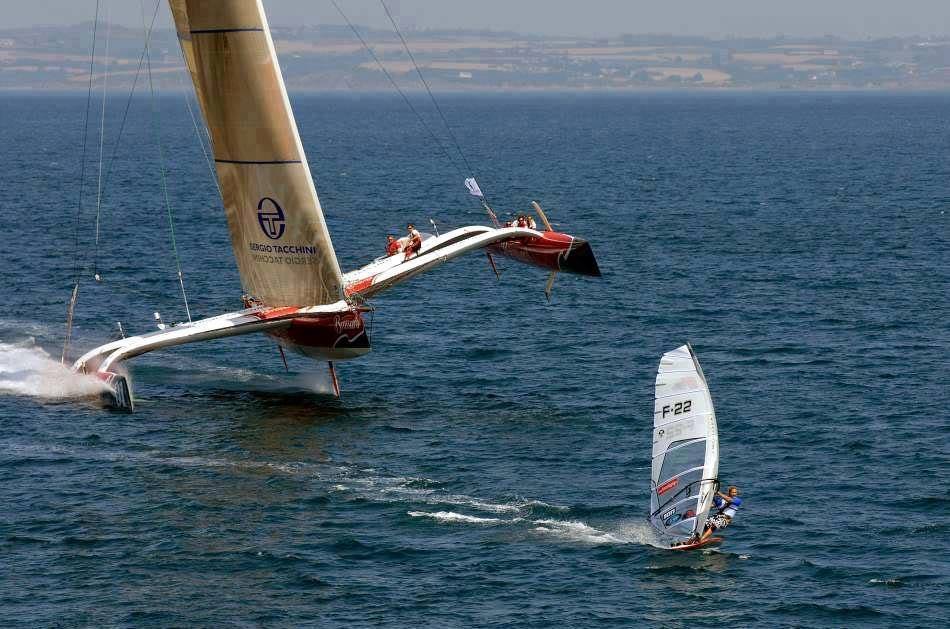 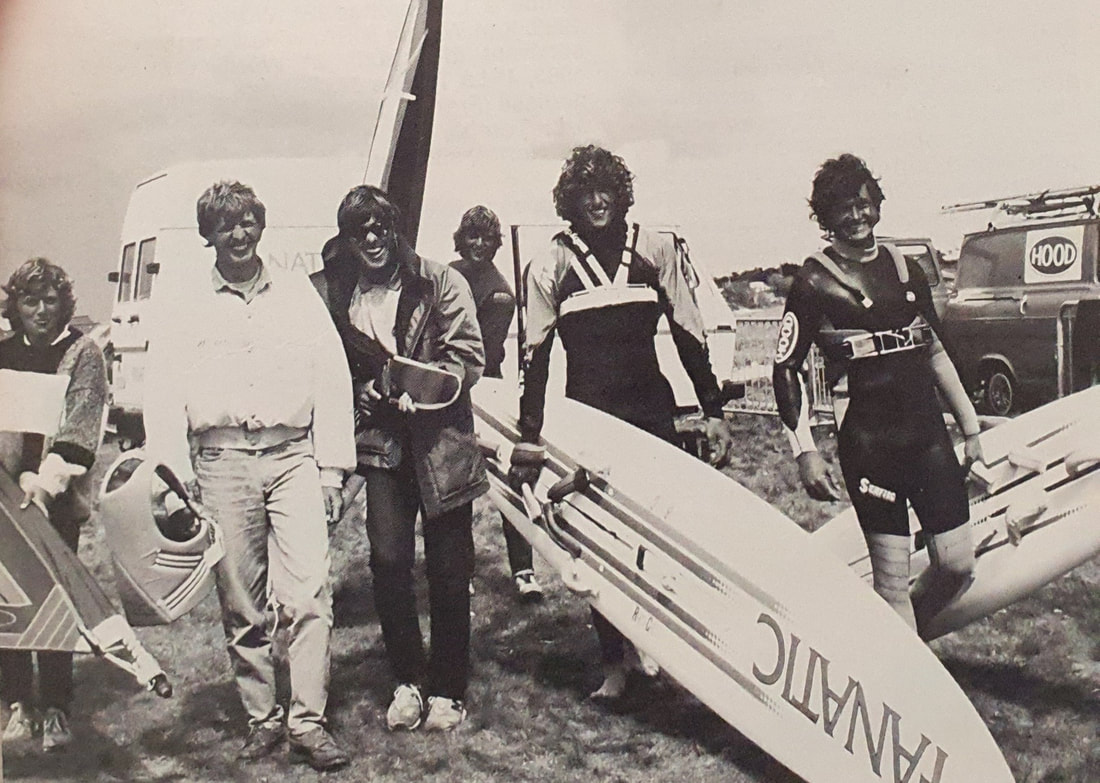 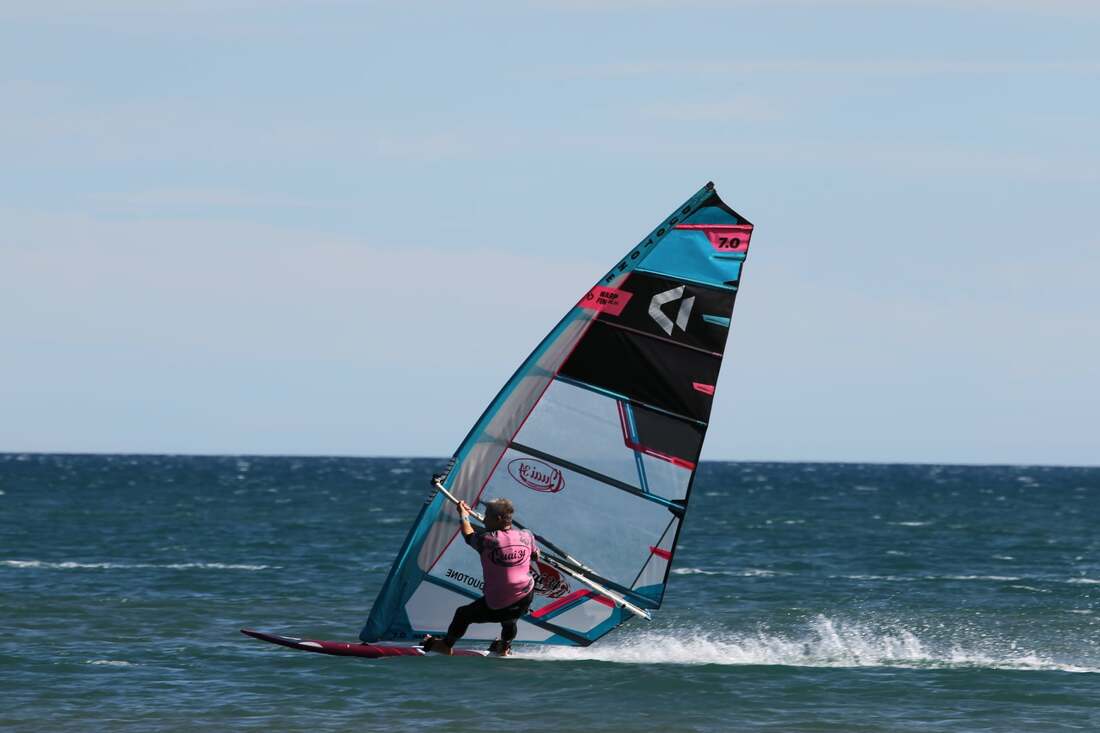 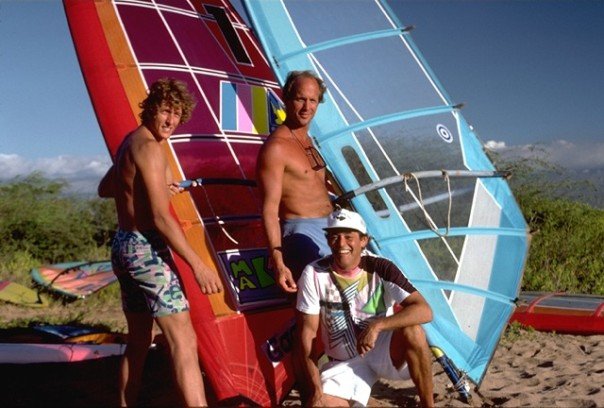 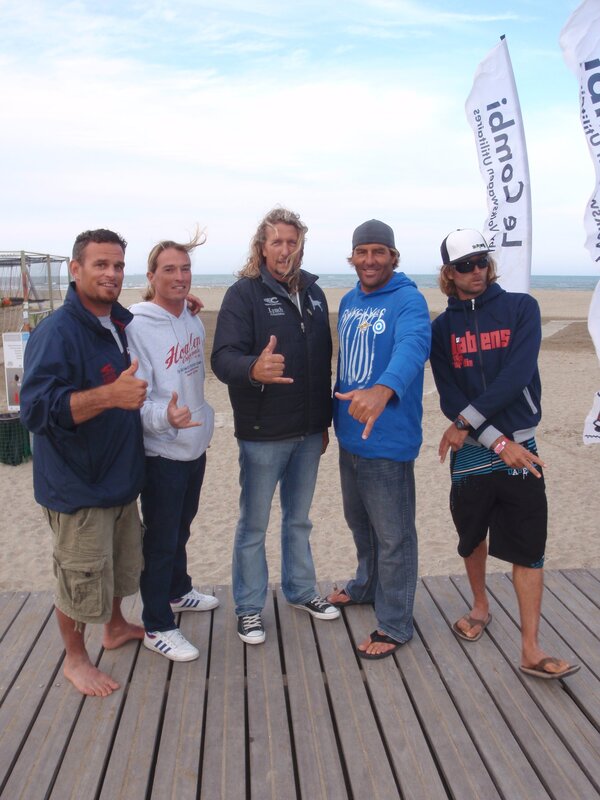 Pascal with Antoine Albeau in middle.
BACK TO 2021 WHOF INDUCTEES