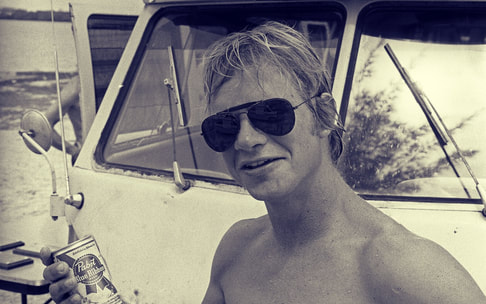 Gary Eversole grew up hard as coconuts in Miami's "The Grove." They called him KINGO in the hood, only the hood came with palm trees and old mansions. But Gary wasn't born with a silver spoon. Gary was the hard hat working man's windsurfer. He busted out of high school in '72, with draft card #76. They took everyone up to #75. It was a close call. He became an iron worker, working the trade with iron fists, Local #272. That's right before Local #273, the one that was busted up by the hurricane. Not really. We made that up, just like Gary made up his own windsurfing moves.

Gary took up sailing to get his hands clean from the iron work. He became one of the first Hobie sailors on Biscayne Bay and remembers people saying, "Oh, you're a Hobie sailor," like that was not sailing. Hobies were launched from a beach on the Causeway, not a yacht club. Same deal with the Windsurfer, which Gary first spotted in '75. He didn't care what people called it; he was selling the Hobie and gettin' him one of those, in '76.

A month later he would go to the Bahamas Worlds and meet the greats of the sport. He asked them what he could do to get better. They told him, "Practice freestlye," so he put his metal to the pedal and did.

Eversole's first regatta was at the '77 Florida State Championships. He not only won the freestyle but the triangle racing, too. The Aguera's were in shock. "Who the f is this?" That's an E, that's who it is. Poetry in motion. Pictures don't do him justice.

For the next few years, Gary would push Alex to his limits, and follow him to Paia in 1979. It wasn't easy making a living at it, even after he won the Sailboard Worlds in St. Pete in '81. Back to work Gary went, and then off to something else called the "dark side."

But when people think of freestyle, the old school freestyle – and they did when they voted him first in the freestyle category – one name comes to front of mind: Gary Eversole. The double pirouette was Ken's, but they didn't call it a Winner Spinner. The rail ride was Naish's, but they didn't name it the RobbyRail. Gary flipped that railride on end and made it his own, however you spell it and called it his own (the Everole, the Everrole, in Miami the Everrrrrole), and owned everyone with that heavy metal move. He was low key but so good. Alex, Cort, Greg, Mark, Rhonda, Marina...all the Florida boys and girls were.
JW: 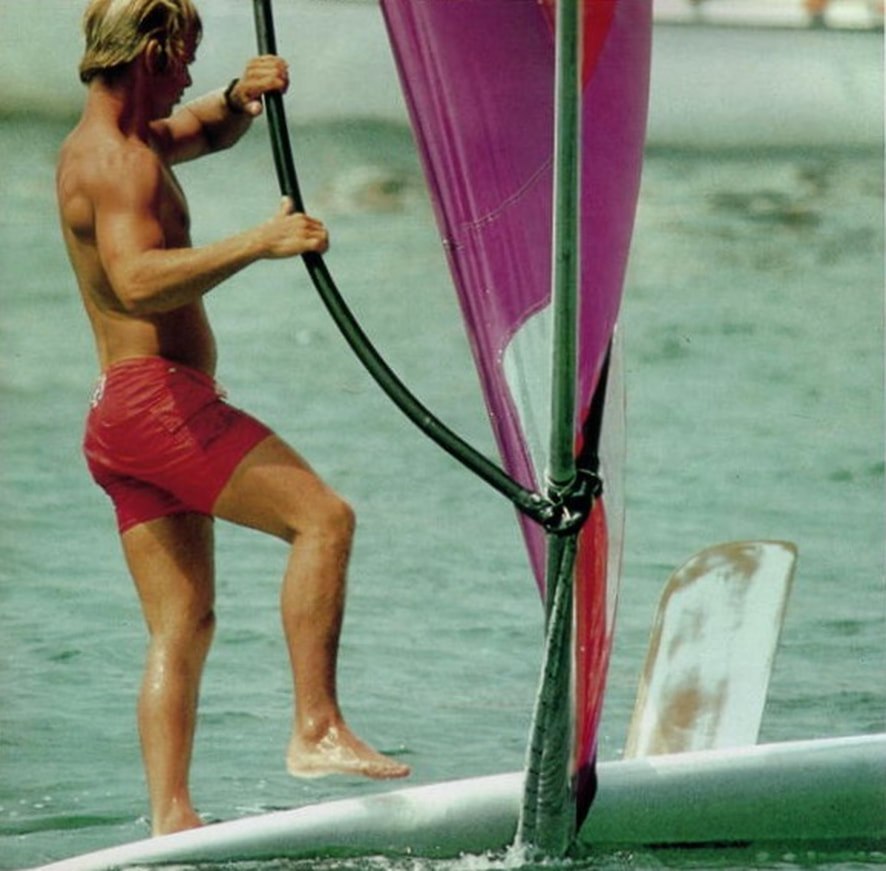 F'nG KINGO doing "The Everrole" with a Flamingo twist in Birdwell Beach Britches at the 190 Bahamas Worlds. Photo Alan Williams
Your first windsurfing experience? "Rickenbacker Causeway Hobie beach, She was cute, forgot her name."
.
Favorite minute of windsurfing? "Showing Rhonda and Cort my new move. showing Rhonda and Cort. They was like!@#$%wtf."

​What would you like to be remembered for in this sport? "Having more fun than anyone else..having to work for it" 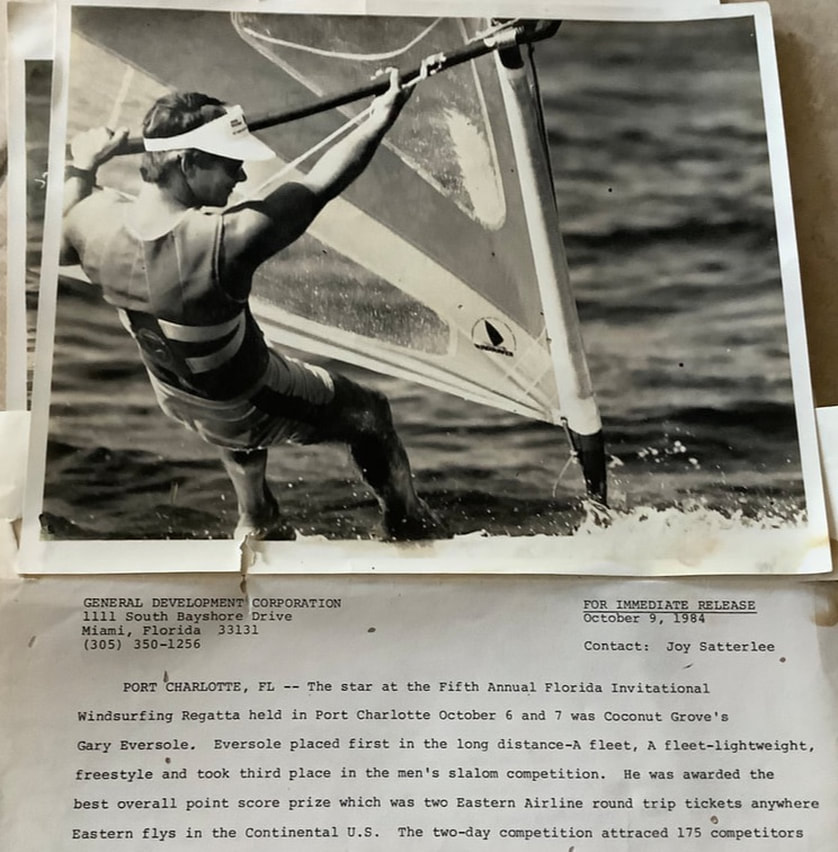 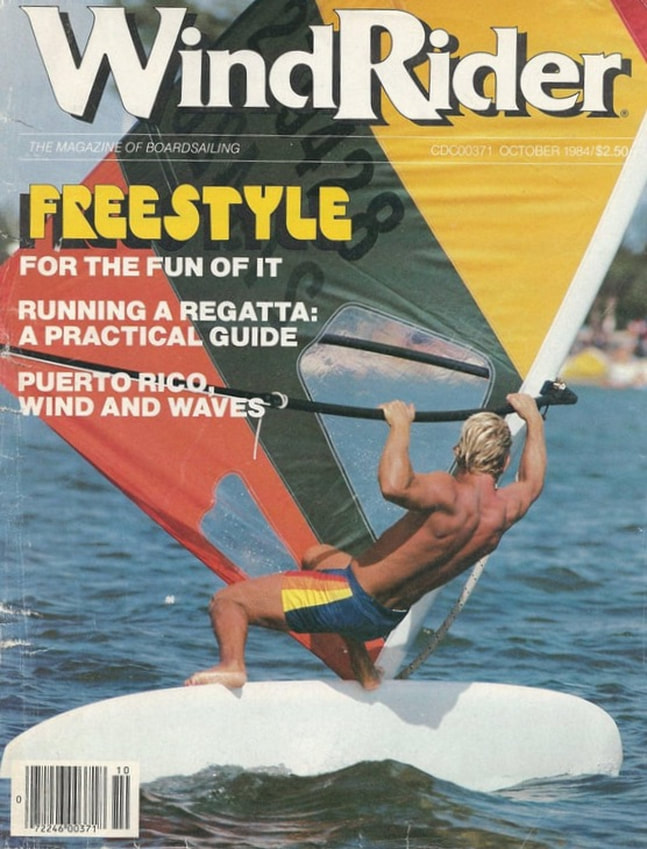 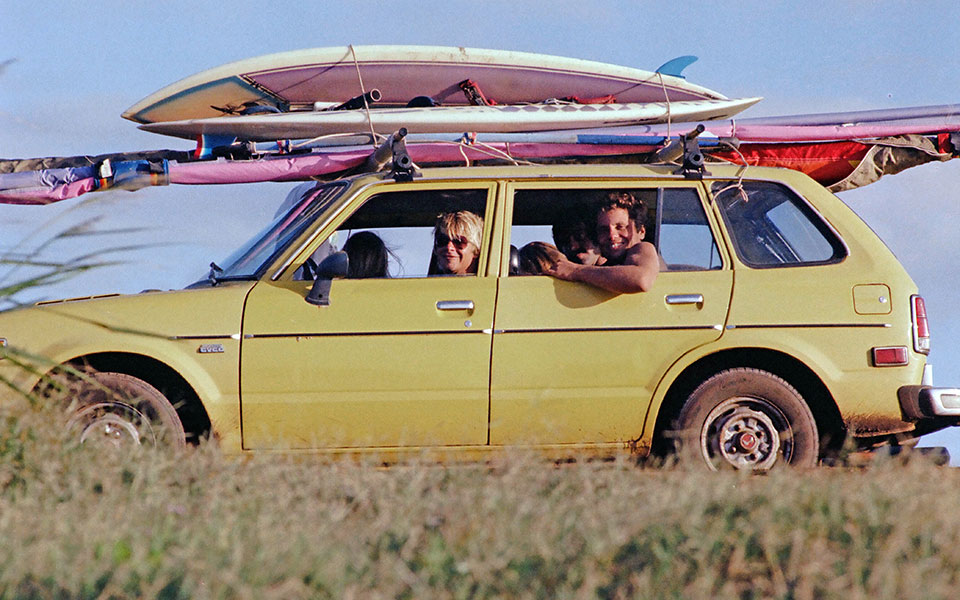 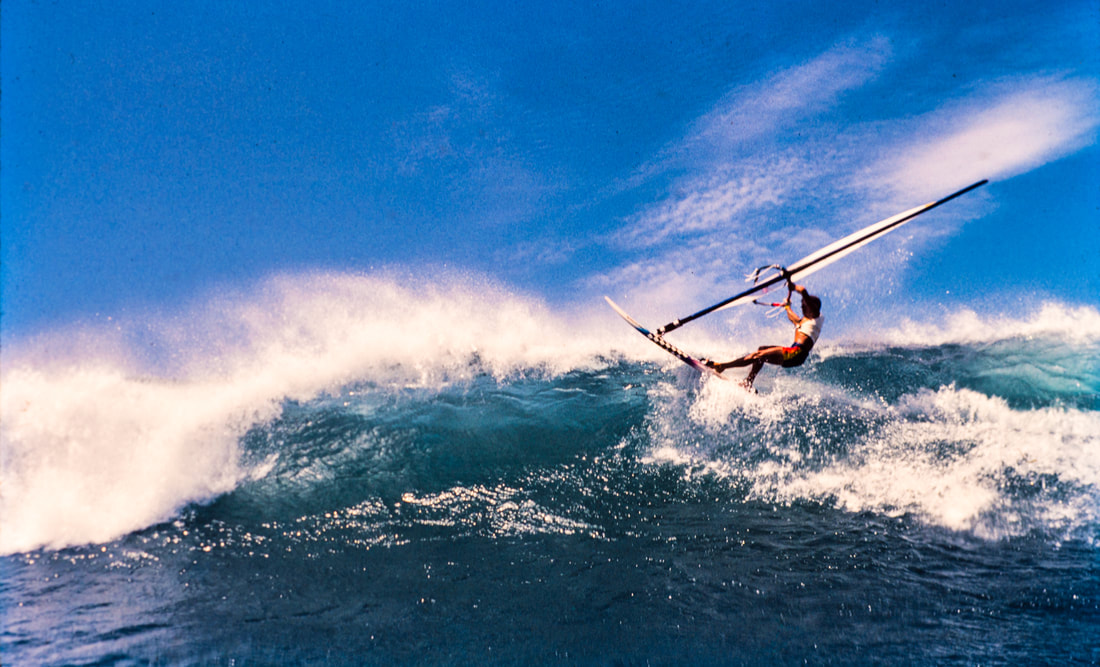 Gary was one of the first guys to approach the lip from the upwind side with fearless abandon, 1982. Photo Weston 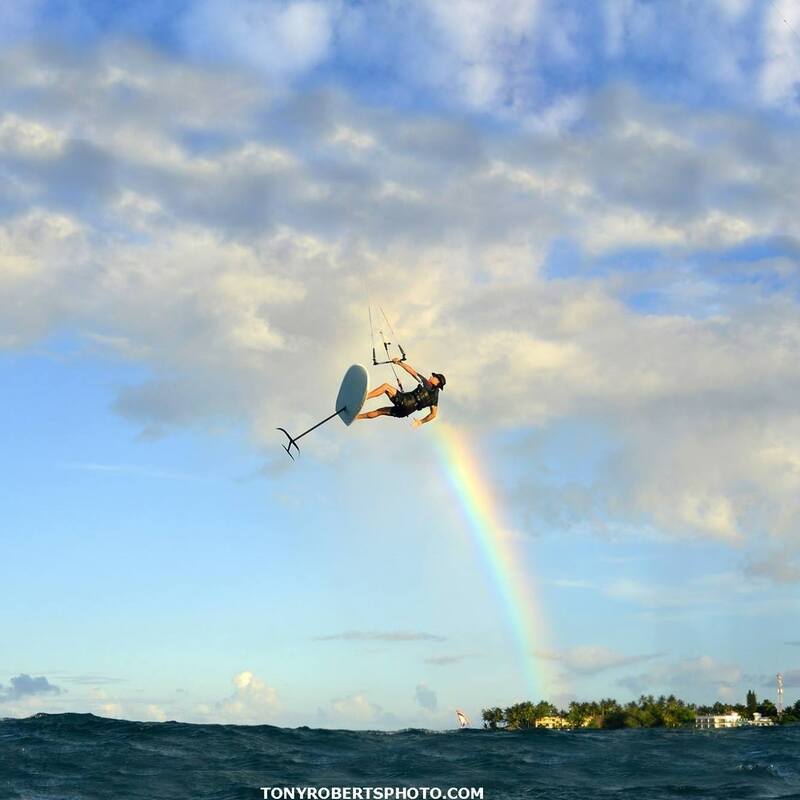 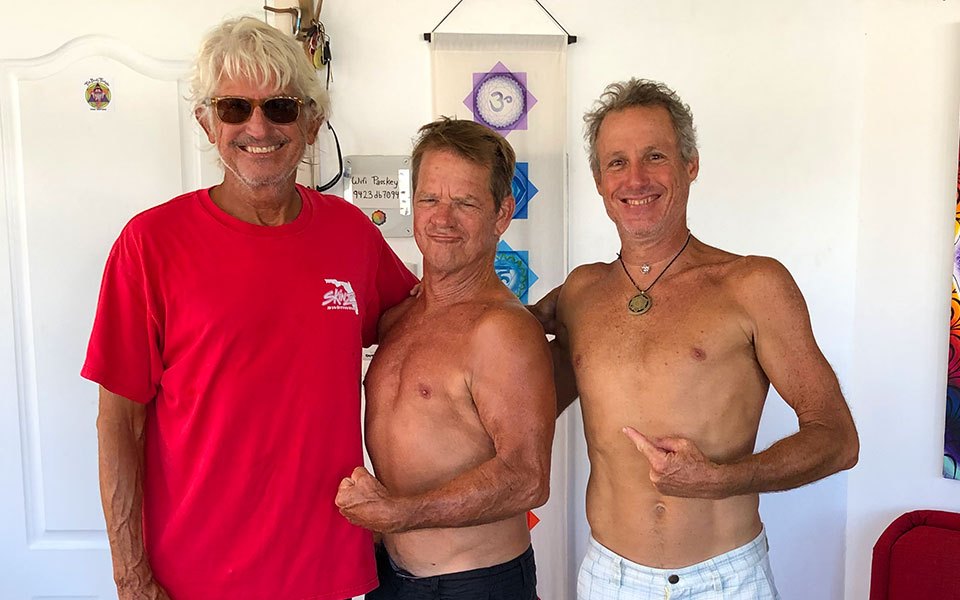