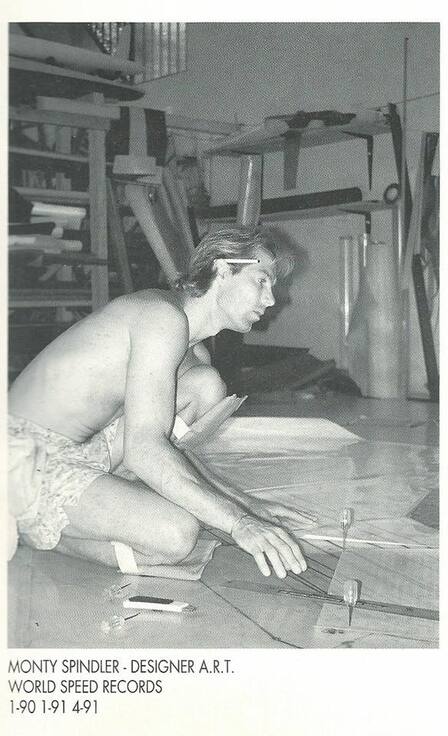 Monty Spindler is one of the premier sailmakers in our sport, every bit as good of a sailor as he is maker. With a longevity few can match, he has designed sails for more brands than any other. The young needle spiker started sailing on the lakes of Detroit at 4 years of age in Optis, his commitment to the sport advancing with a move to Annapolis at age 13.It was here that he met future Olympic Silver Medalist, Scott Steele. Scott and Monty were teammates and All-American sailors at St Marys College.

As a member of the USA Olympic Sailing Team, Monty took 6th at the Laser Worlds in 1977, and second at the Finn North Americans in 1981. During these years Monty had a sewing machine in his home and began building custom windsurfing sails and harnesses for himself and friends. People took notice.

In 1980 Monty worked for Horizon sails and produced various prototypes for none other than inventor Newman Darby, and then Platt and Nancy Johnson's Island Windsurfing Loft in Newport, RI. All three were raising their game, and then people really took notice, one of them Windsurfing Hall of Famer, Ken Winner. 1982 saw Spindler move to Hong Kong to work for Neil Pryde and make sails for Ken. These were productive years working on Lake Garda and designing sails for HiFly, Tiga, Sailboard, Browning, AMF Mares, Vinta, Marlin, Neil Pryde line and others. In this role, Monty worked with Matt Schweitzer and Mike Waltze to develop sail designs for Windsurfer Intl.. Game on!

Departing ART in 1996, Monty’s Loftsails brand began as The Loft in 1999. Loftsails has a rich history of magazine test winning. Valerie Ghibaudo won World Cups and was the PWA overall Champ and the International Speed Sailing Champion with her Loftsails. The Formula Foil World Champion (Helene Noesmoen 2021) and current domination of the International Raceboard class by Loftsails Raceboardblades continues the tradition of Spindler racing designs, and the success of Loft Sails for recreational fin and foil sailors desiring high end gear continues to this day. Welcome to the club of WIndsurfing Hall of Famers, Monty Spindler! 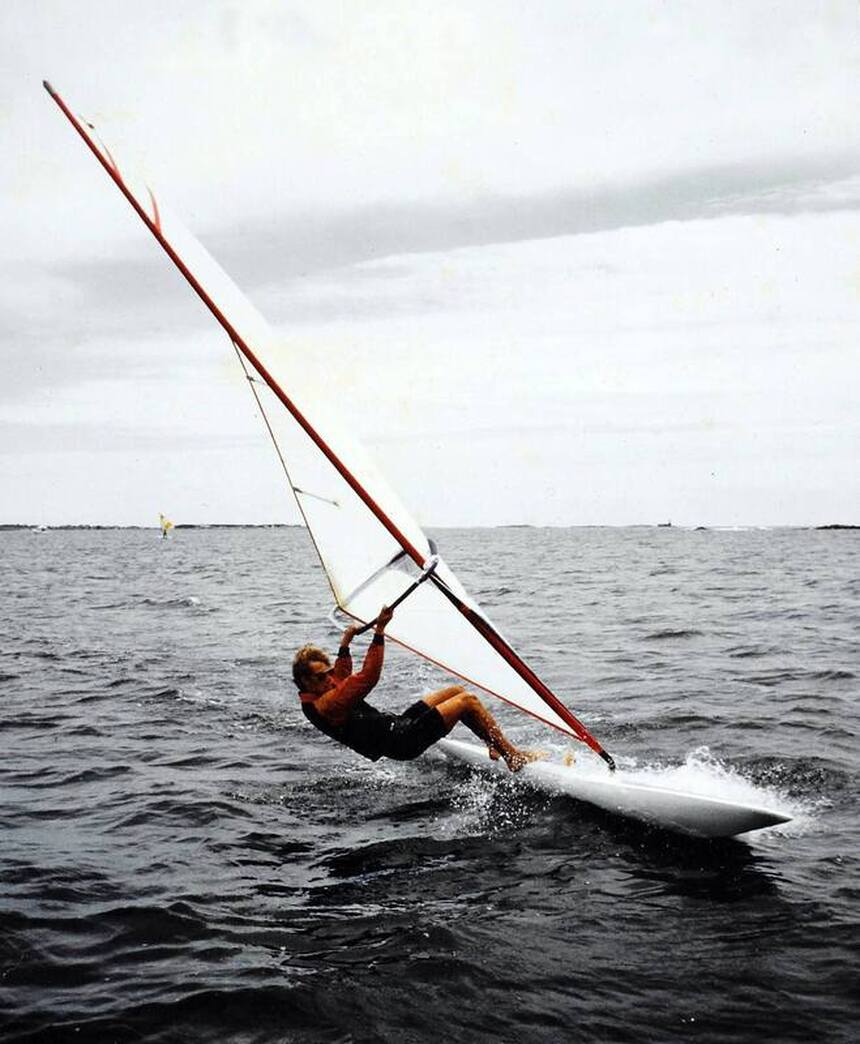 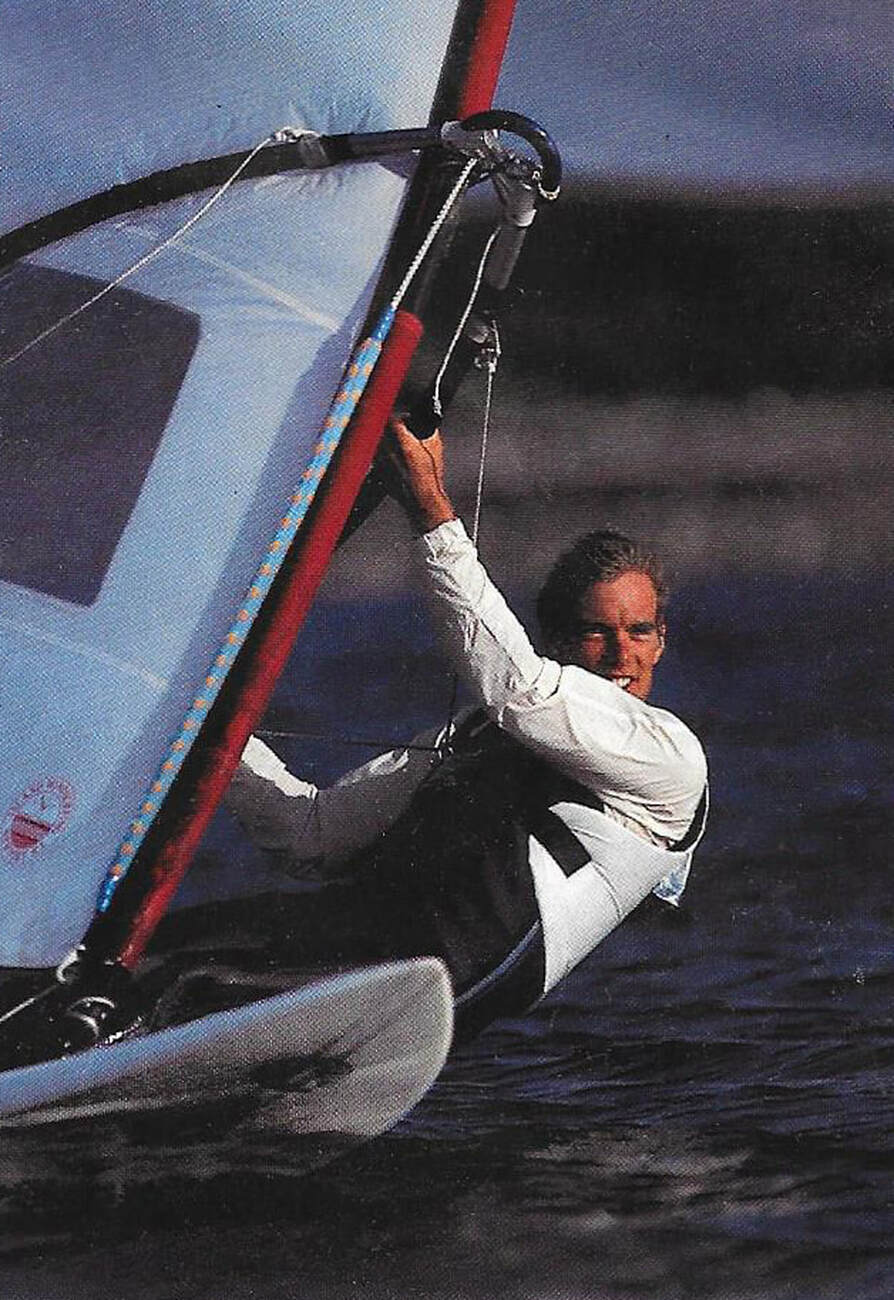 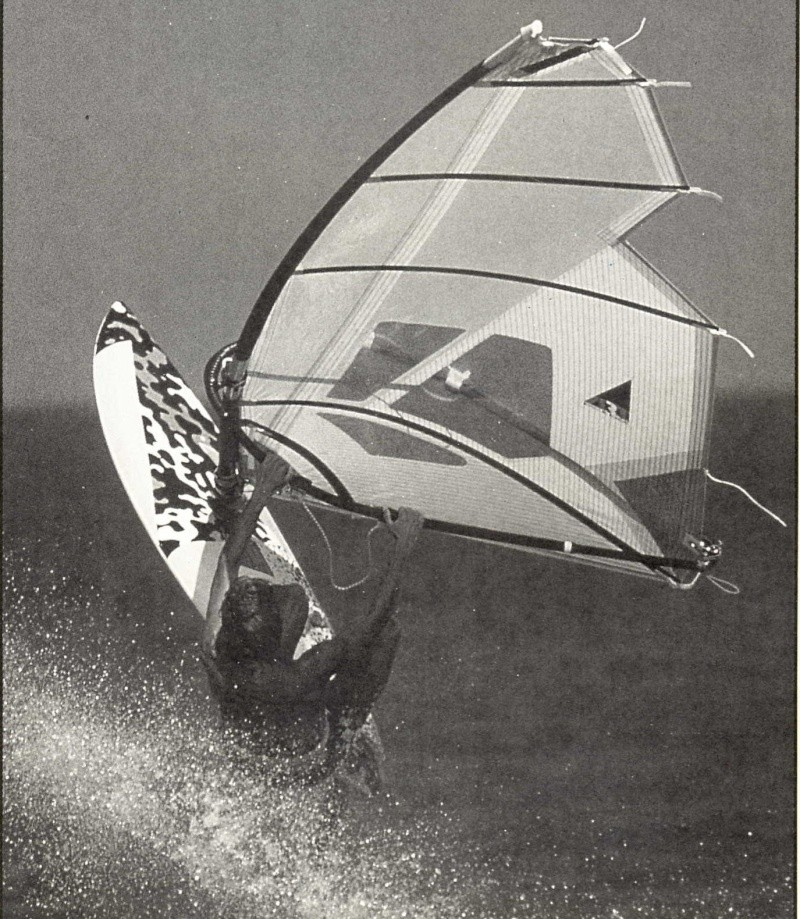 Monty was never afraid to launch cutting leech concepts. Here he is testing his own sails. 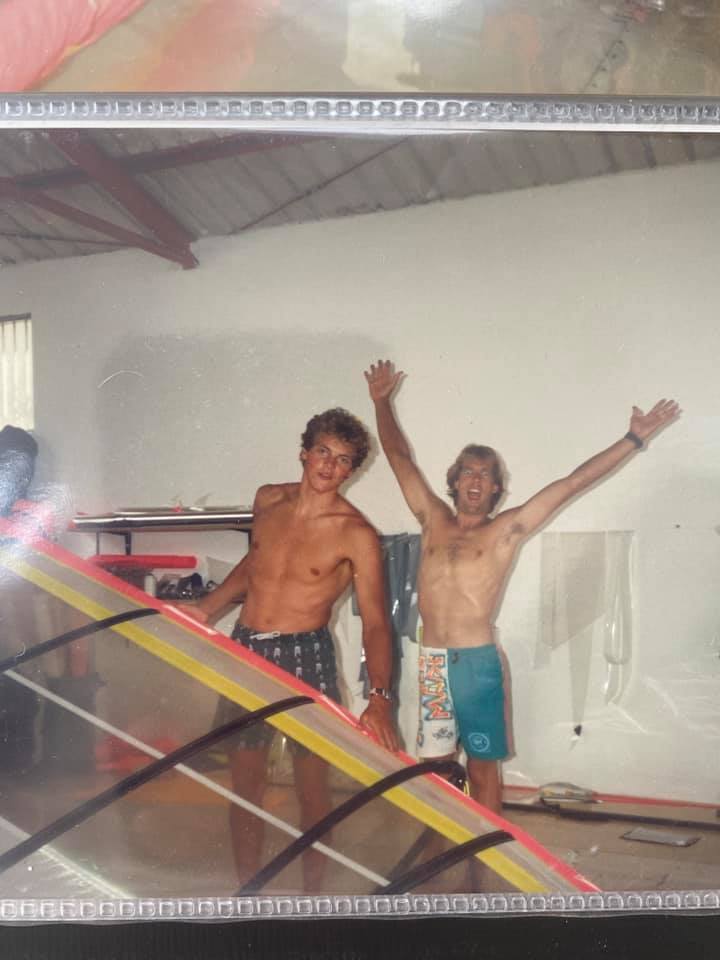 Monty with Thorkil Kristensen in the ART Malcesine Loft. 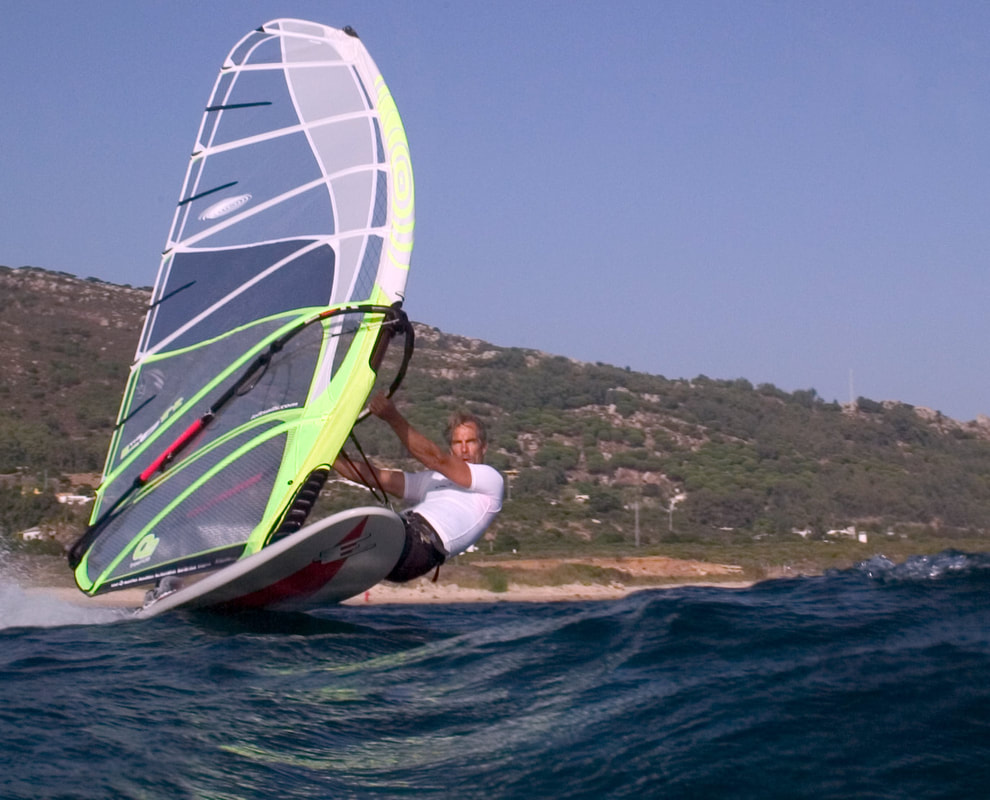 Monty heating up the home waters with Loft Sails in Tarifa, Spain. The guy gets around! 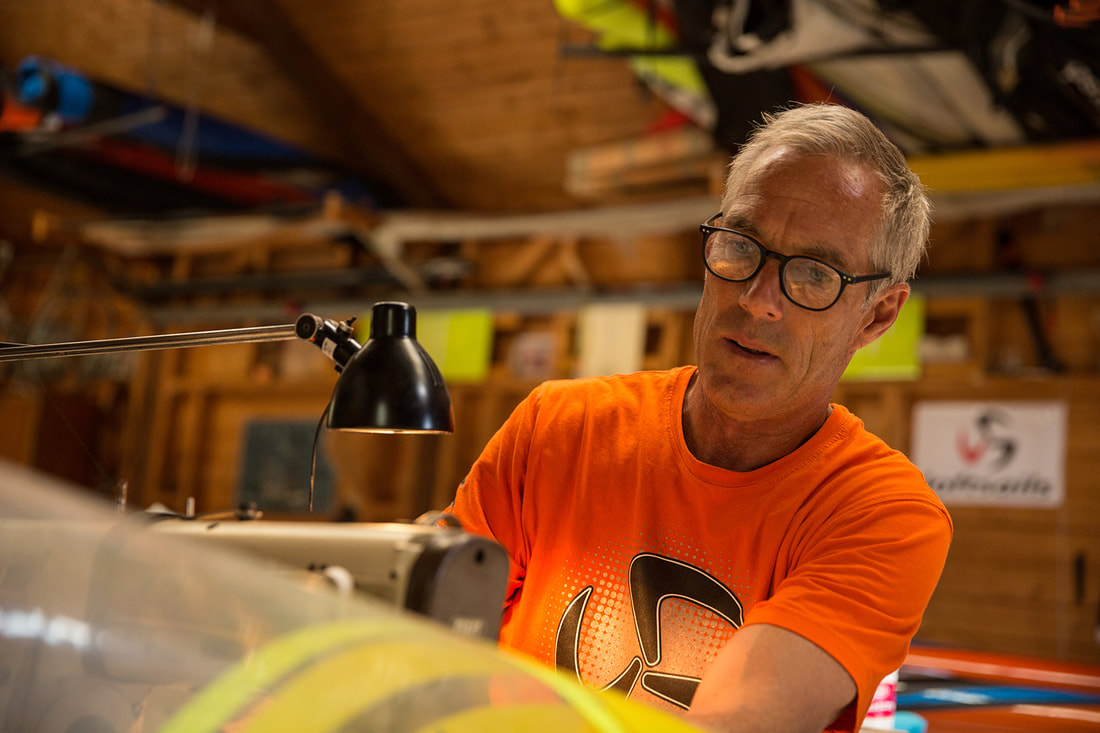 At home in the loft, Tarifa. 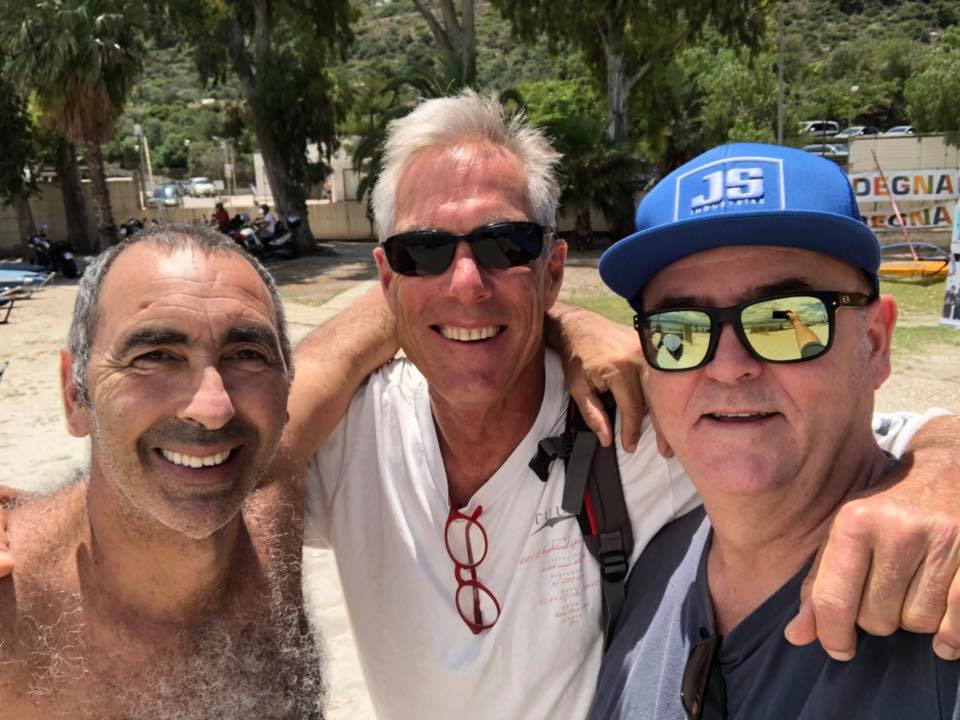 Monty in the Middle, with fellow WHOFers, Pietro Porcella and Bruce Wylie.
BACK TO 2022 WHOF INDUCTEES