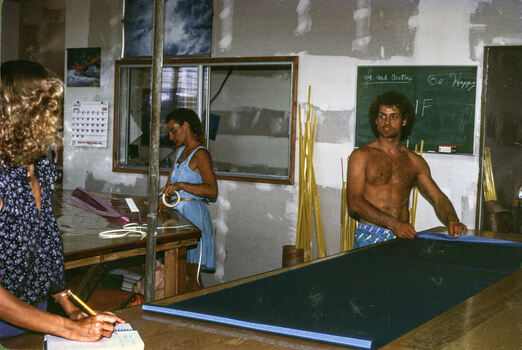 Malte in his loft. Photo and banner photo GORDINHO
MALTE SIMMER. Whatever you might be riding for a sail these days is most likely a stitching of many minds. One sailmaker interned for the other. Ideas were shared. Empires built and some fallen. After all, Malte got his start at Maui Sails with Geoff and Barry, Ezzy got his with Malte. But the one thing that stands Malte apart from most every other decent sailmaker, is that Malte could rip. Not sails, well, a few of those too, as he charged harder than any, right into the faces of Ho'okipa's most critical sections. He often wound up on the rocks, but in the process his style, though in attempt imitated, became all his own. This style came to be known as Simmer Style.

Malte shifted the paradigm. What was once a well-tread pattern of riding downwind from the crest of the wave, carving a few turns however stylish, emerged into a power game. It began with Malte's signature late off the lips, seemingly carving into the underbelly of the wave, defying all gravity. Then he took it one step further, fearlessly charging that crested lip from the upwind side, flying airborne, then landing far in front of the whitewater; sometimes too far, snapping one ankle and then the other.

As ideal conditions rarely lasted throughout for the true Maui rippers, coupled with a go-for-broke approach, Malte never fared as well as expected in contests. Yet, he was still the fan favorite for a good spell, respected by his peers as being the best. Perhaps his German heritage had something to do with his expertise in sail design, as well as contributing to Hi-Tech board designs. These innovations developed very quickly, almost overnight. The full batten wave sail became the standard, and just as soon, the foot batten wave sail also became the norm.

Malte wasn't much of a hypster. He always greeted you with the Lenny Cappe "What's the haps?" But by 1984, Windsurfing was big business worldwide, a gangbusting world tour was happening with giant crowds in Europe, and Malte had become a big deal. He chose to pretty much stay a home, work on his craft, and enjoy the life of an organic Haiku sailmaking come what may hipster, still out there doing whatever that foil thing is all about. 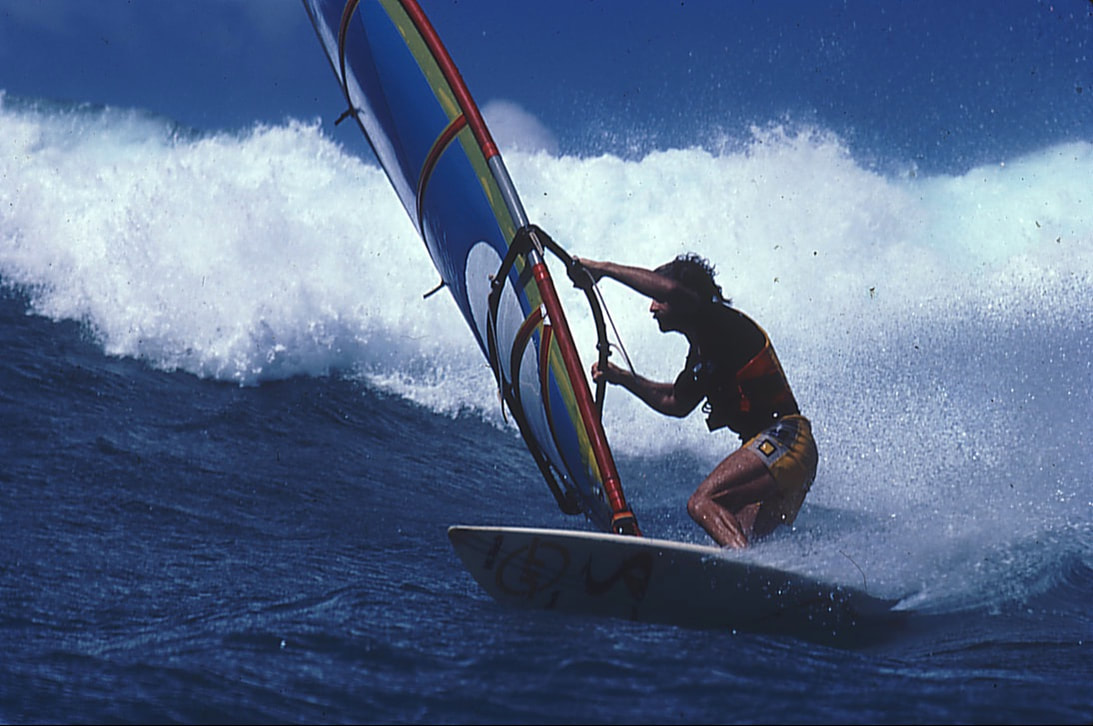 Malte getting ready to make his move. Photo Weston 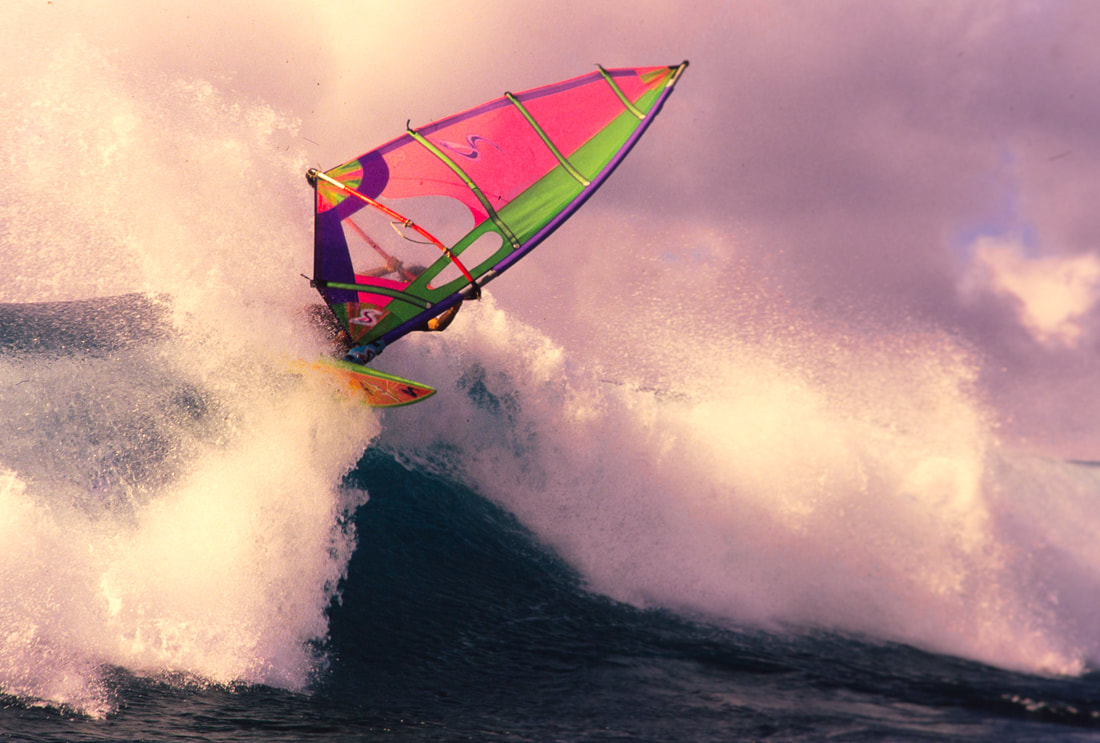 Malte always hitting the lip a little later than others. Photo Weston
Your first windsurfing experience? "Born in Germany, I celebrated my first birthday on a transatlantic crossing on my way to SoCal with my family. I lived next door to the Schweitzers in the late 60’s, early 70’s, so I got to experience the beginning of the sport with the Baja board and first production boards as a kid. Diane was my first instructor as a 11 year old in the Marina del Rey harbor."
.
Favorite minute of windsurfing? "My favorite minute lasted a decade with the original Ho'okipa gang."

​What would you like to be remembered for in this sport? "Besides my style, I’m stoked to have contributed to evolution of the sport with the sails I developed specifically for wave riding." 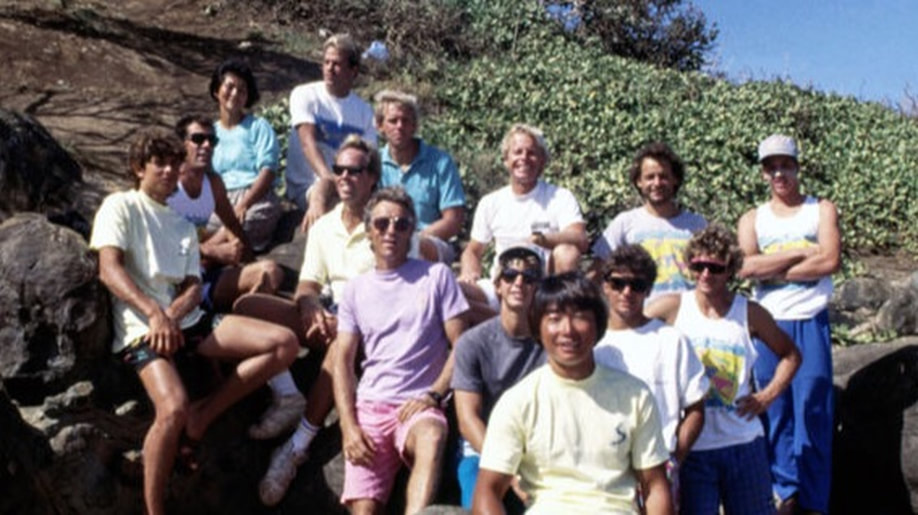 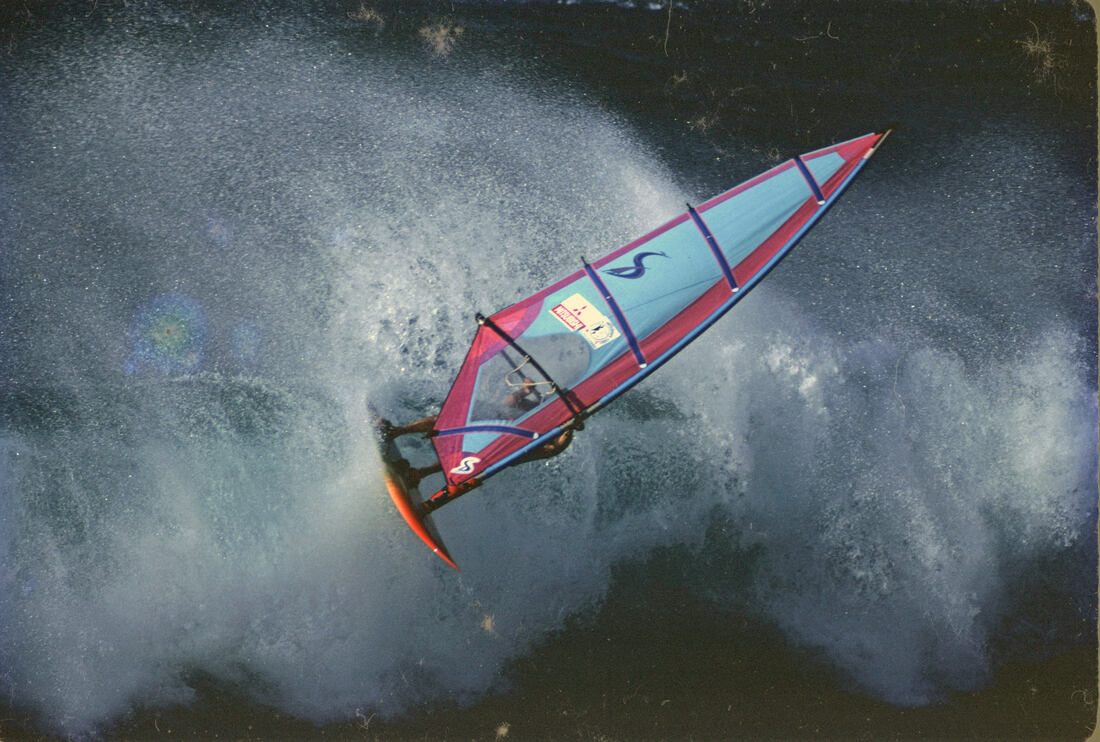 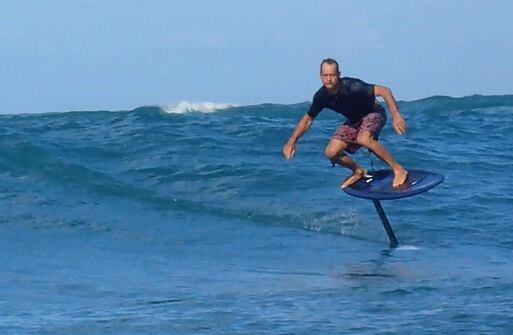 Malte on about the smallest foil ever. No harness.