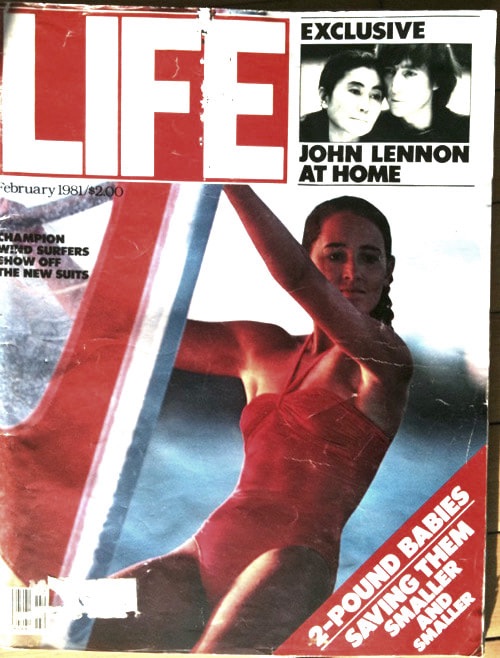 Photo by the great Co Rentmeester (RIP)
Kelby (Anno) Bruno, the darling of windsurfing, was born and raised in Southern California, living the typical life of a SoCal teen. Her life "totally" changed when she met a family by the name of Schweitzer. It was only a matter of time until this family introduced her to what they claimed to be the fastest growing sport in the world – windsurfing. She was like, "Hey, what about Rollerblades? Frisbee? Hula Hoops?" Once she finally gave it a try in the warm waters of Cancun, Kelby was hooked.

Kelby competed in her first World Championship Competition in Freeport, Bahamas in 1981, when all heads and cameras turned Kelby's way. There, along with Rhonda Smith and Marina Lari, she was photographed for LIFE magazine, featured on the cover.  She then went on to compete in her first wave riding competition in 1981, The Maui Grand Prix. From 1984-1987, Kelby counted her victories in the Aloha Classic, and participated in events around the world until 1995. She traveled extensively promoting the sport of windsurfing and managing her bathing suit business licensed in Japan.

A talented musician and singer, Kelby is married to Chris Bruno, and has three children, Cade, Chase and Karis Bruno. She resides in Redondo Beach, California and enjoys mentoring teenagers and raising her family. 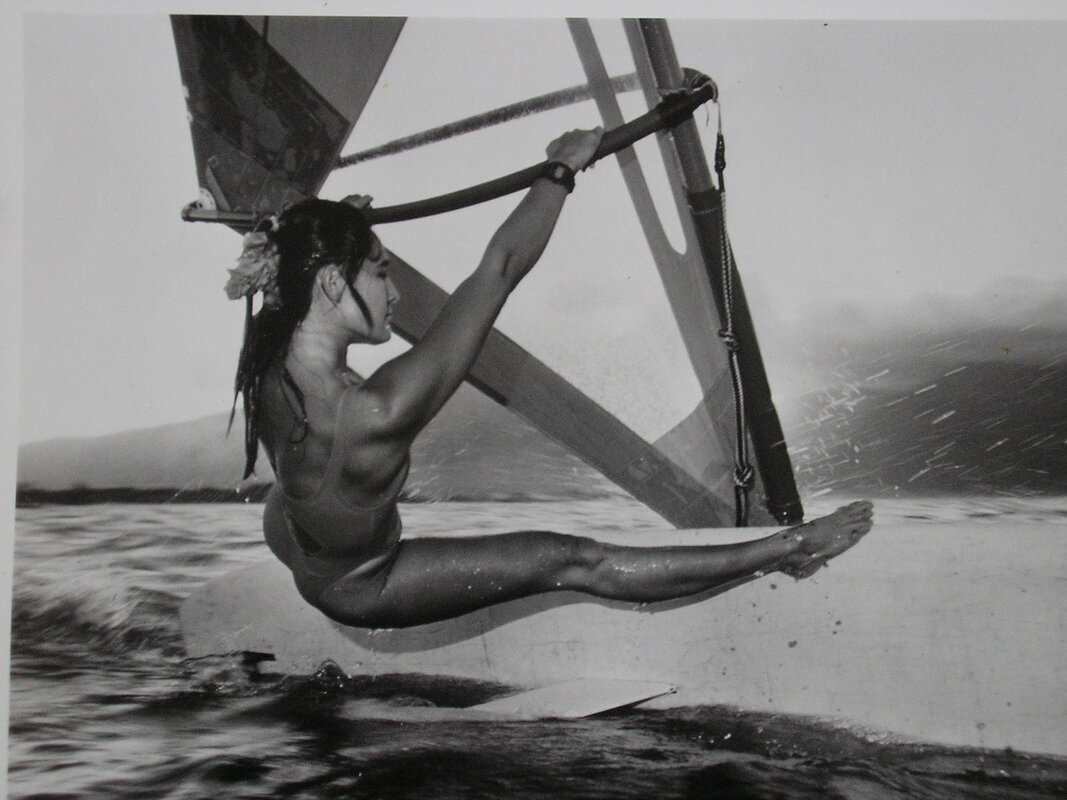 Kelby showing of her all around talent. Photo Aeder.

Kelby in flight. Photo Aeder?
Your first windsurfing experience? "I learned how to windsurf in Cancun Mexico at the El Presidente hotel. I learned from different people at the worlds in 1978."
.
Favorite minute of windsurfing? "Winning the aloha classic in 1985 in grueling conditions. I made it out once or twice due to big surf and ended the heat with a huge jump!."

​What would you like to be remembered for in this sport? "As someone who not only lived the sport but cherished all that it allowed me to do and see the world. It shaped me and I cherish all the memories and friends I met!
" 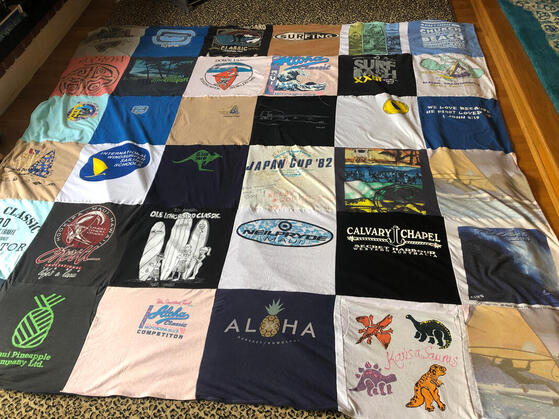 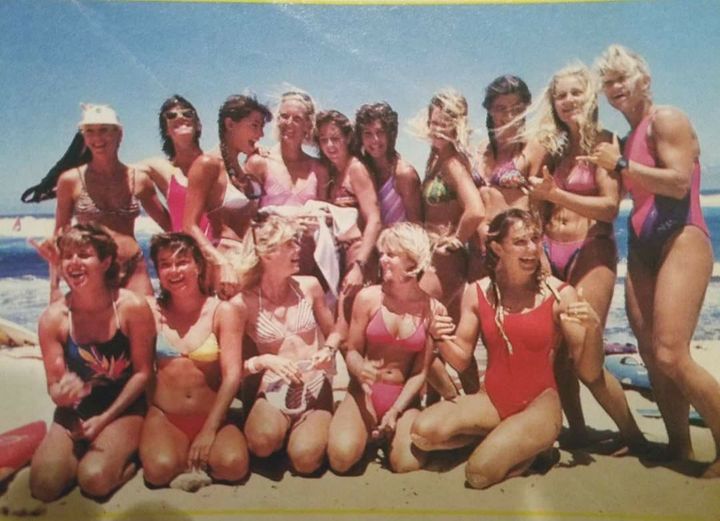 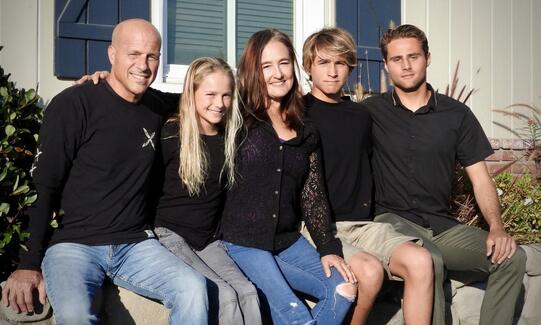 The beautiful Bruno family.
BACK TO 2021 WHOF INDUCTEES