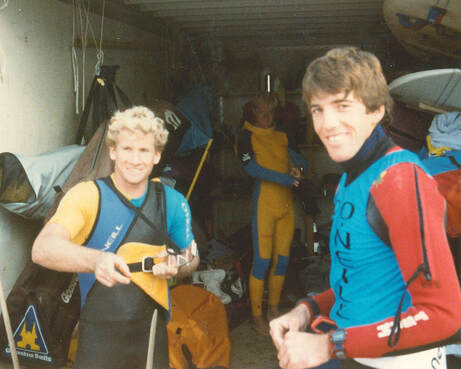 Photo of a guy waiting patiently to get Nevin's autograph.
Nevin Sayre
​
When signing autographs at windsurfing World Cup events in Japan and Europe, Nevin Sayre always added “US–9, Massachusetts” below his signature. The top US sailors were from Hawaii or had moved there, their images from the tropical Mecca splashed all over international magazines. So who was this new kid?

Born in Washington, DC, Sayre stayed true to his East Coast roots. He spent summers sailing out of Vineyard Haven, MA, developing the love and competitive spirit that
brought him such sailing accomplishments as the first four-time Intercollegiate All-American sailor. Until he graduated from Tufts University, the waves of Hawaii had to wait.

After college, Sayre brought his skills to the professional windsurfing world tour during the 1980s, twice ranking fourth overall (slalom, course racing, and wave disciplines) and second overall in slalom and course racing. His competitors knew him for his skillful tactics and silky mark roundings, and some called him “the Larry Bird of windsurfing” (Sayre is a life-long Boston Celtics fan).

“I took the racing and the podium very seriously,” Nevin said. “Sometimes, too seriously.” 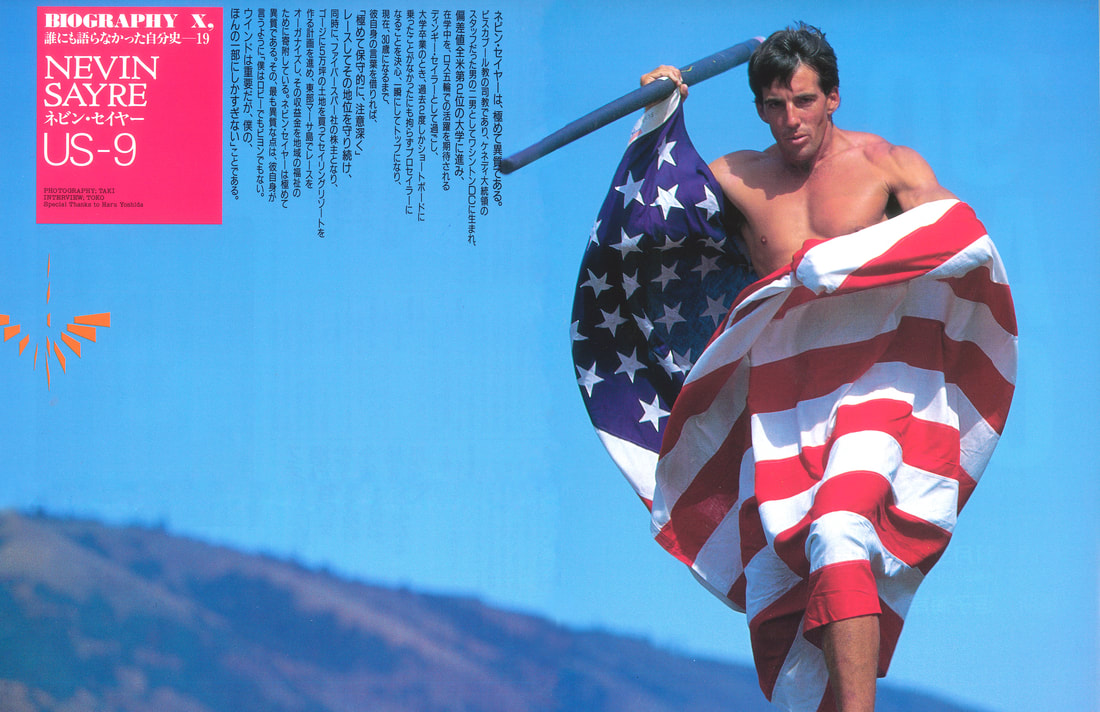 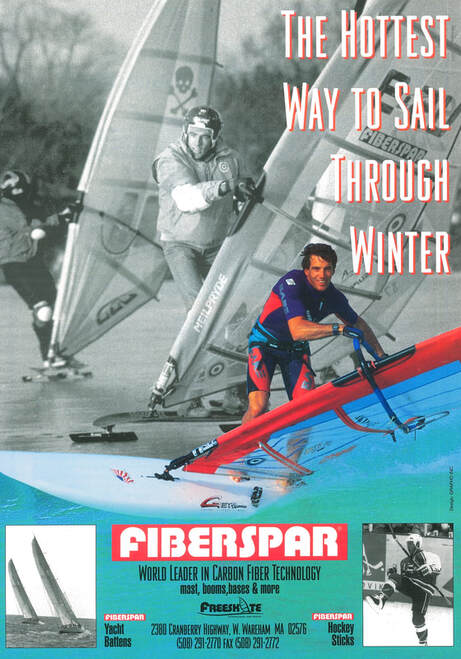 By the time he retired from professional windsurfing in 1991, Nevin had racked up endorsement money, a Mitsubishi 4WD truck (largest first prize ever), and titles from Cape Town to Baja to Japan. But Nevin also had the distinction of co-founding (with
wave judge, Terry Weiner) the PWA World Tour.

Sayre persuaded Robby Naish andother top sailors to join the effort, seen at the time as a coup against the sponsors. The
fledgling pro sailors’ union tripled the number of pro events, with five times the prize money, and far more TV coverage. Sayre, the Founding Chairman, views this accomplishment with pride, knowing he gave back to the sport he loves.

Sayre’s compass of “giving back” continued with the annual Martha’s Vineyard Windsurfing Challenge he hosted for 20 years- a circumnavigation of the island (a very tricky 55 miles) that raised nearly a quarter of a million dollars for his local community.

Congratulations Nevin Sayre, on your induction into the Windsurfing Hall of Fame! 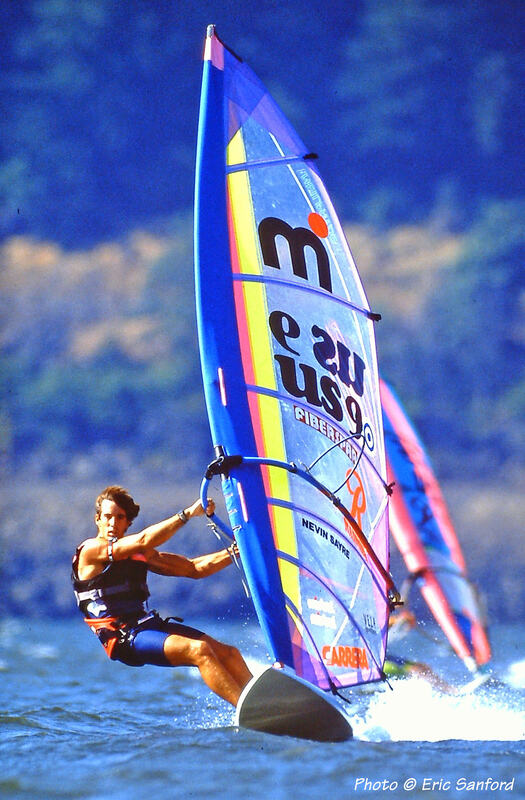 Nevin putting on a show of speed, tactics, and fitness at the Gorge in the 80's. Photo by Eric Sanford 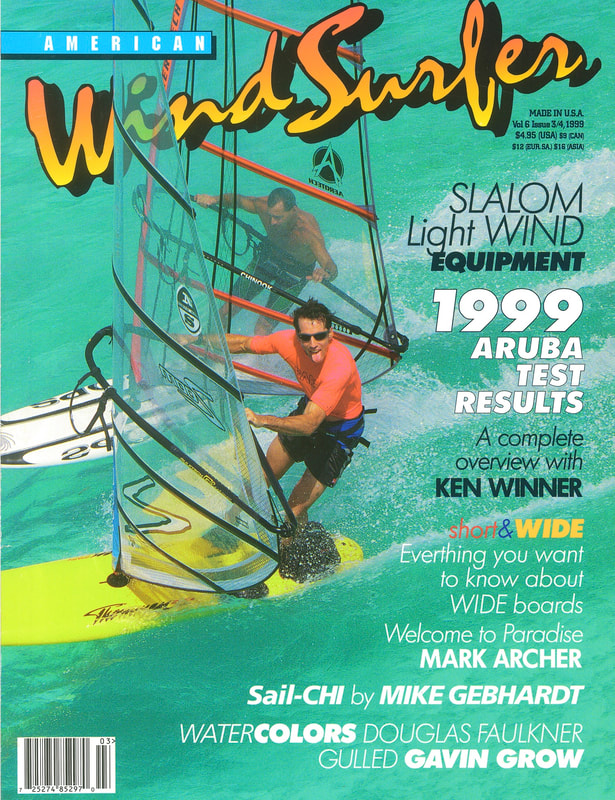 Nevin getting the taste of a new Thommen board for American Windsurfer Board Test with Ken Winner. Photo Darrell Jones compliments John Chao. 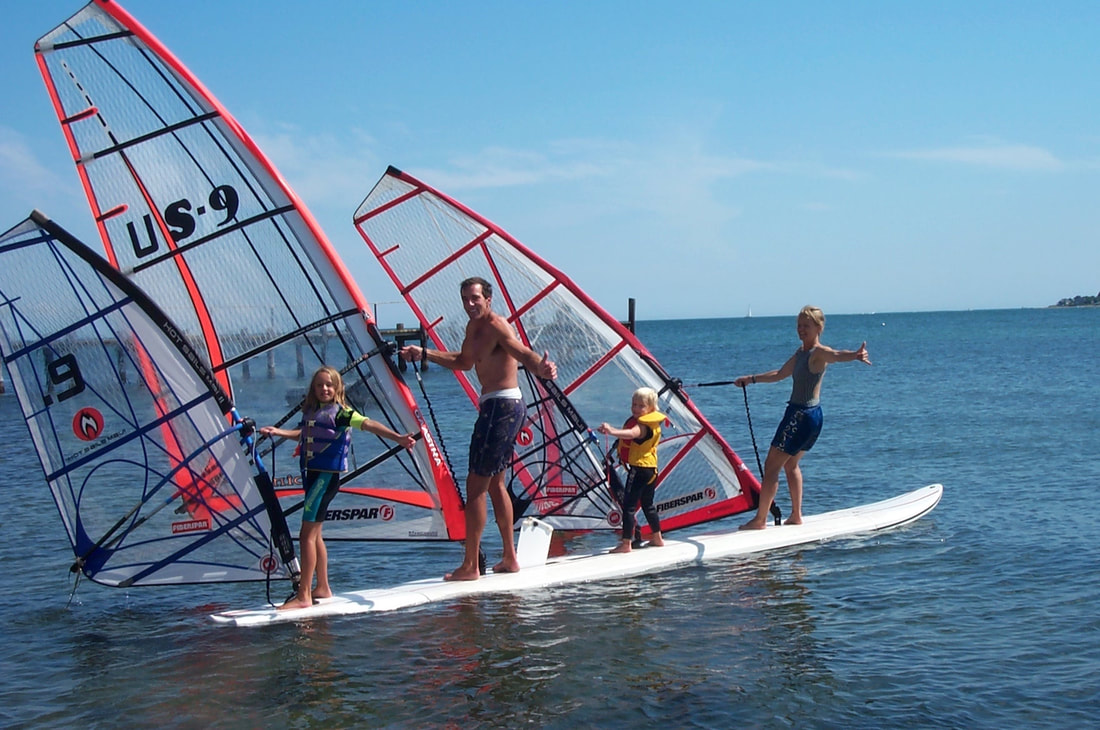 The young Sayre family on the Quad rig. 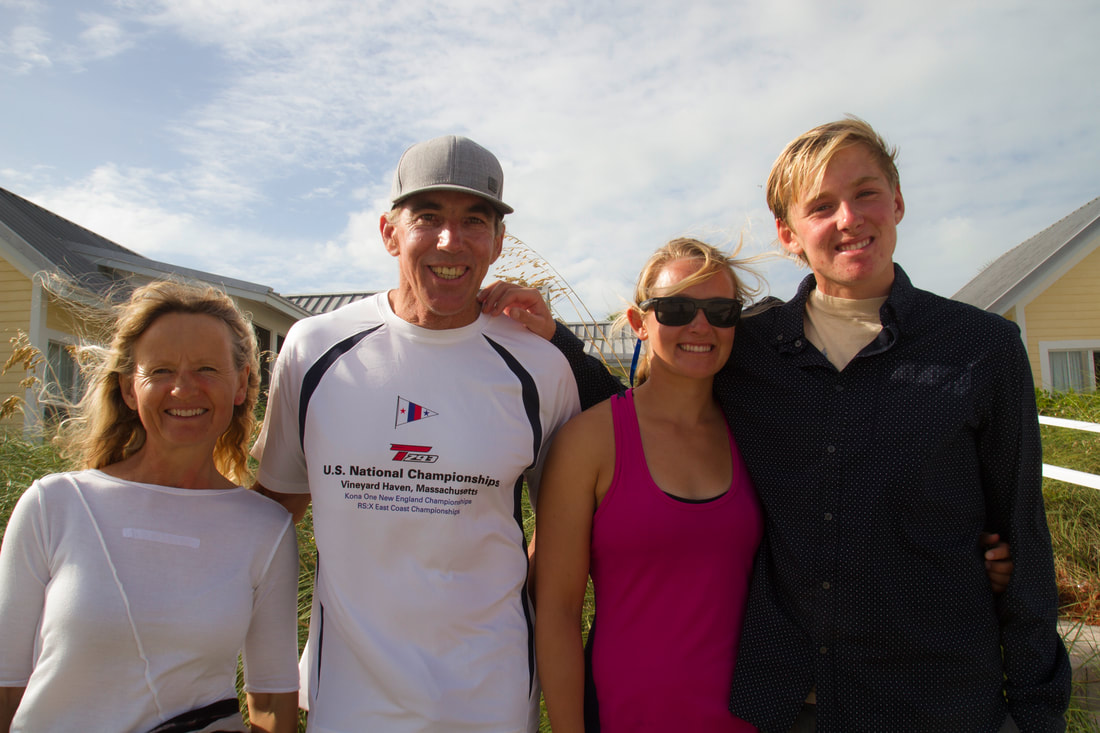