Debbie Brown after winning OP, 1986. Photo Gordinho
Debbie Brown is one of the only windsurfers with deep Hawaiian roots. Once considered the Queen of Ho'okipa, it would be wrong to call her a competitive person, or that when the giant ocean swells marched toward the island she quivered in her pigtails. Rather, she was fearless, the best woman wavesailor hands down; if it just happened to be that there was a competition going down, it was a good chance for some empty waves.

Debbie still won the first contests of the O'Neill and Aloha Classic and quite a trophy haul for years to come. There would have been more, had women not drawn the short stick in these affairs, typically being called upon when the conditions fizzled. Contests were judged, but that's not how the Ho'okipa regulars and her professional peers judged talent. Regardless, Debbie wasn't out there to impress anyone. She was just doing her thing.

When the surf got big, there were few women who would charge it without a lump in their throat. Mondo waves were merely a playground for this woman. Giant surf was Debbie's domain. She was a powerhouse, earning the respect of every guy out there and sailed circles around most. She was there in the beginning, and is still frequently seen out windsurfing, living the Maui life of an ocean adventuress and creative potter. 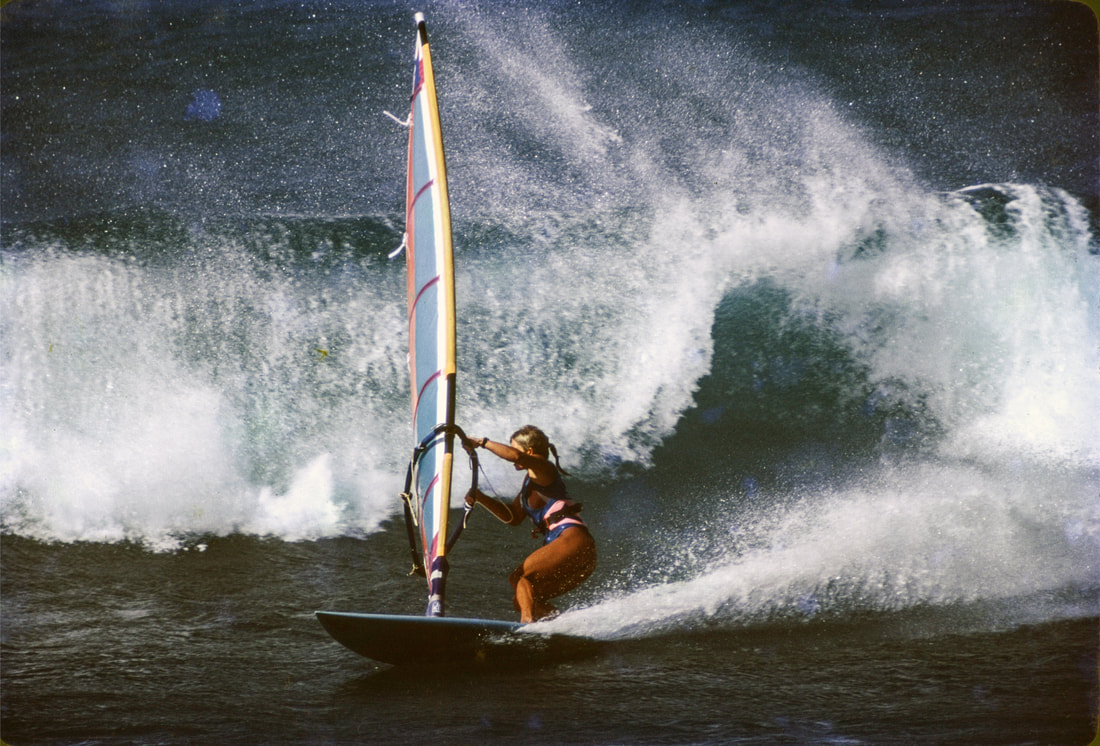 "You know you got it if it makes you feel good." Photo Gordinho 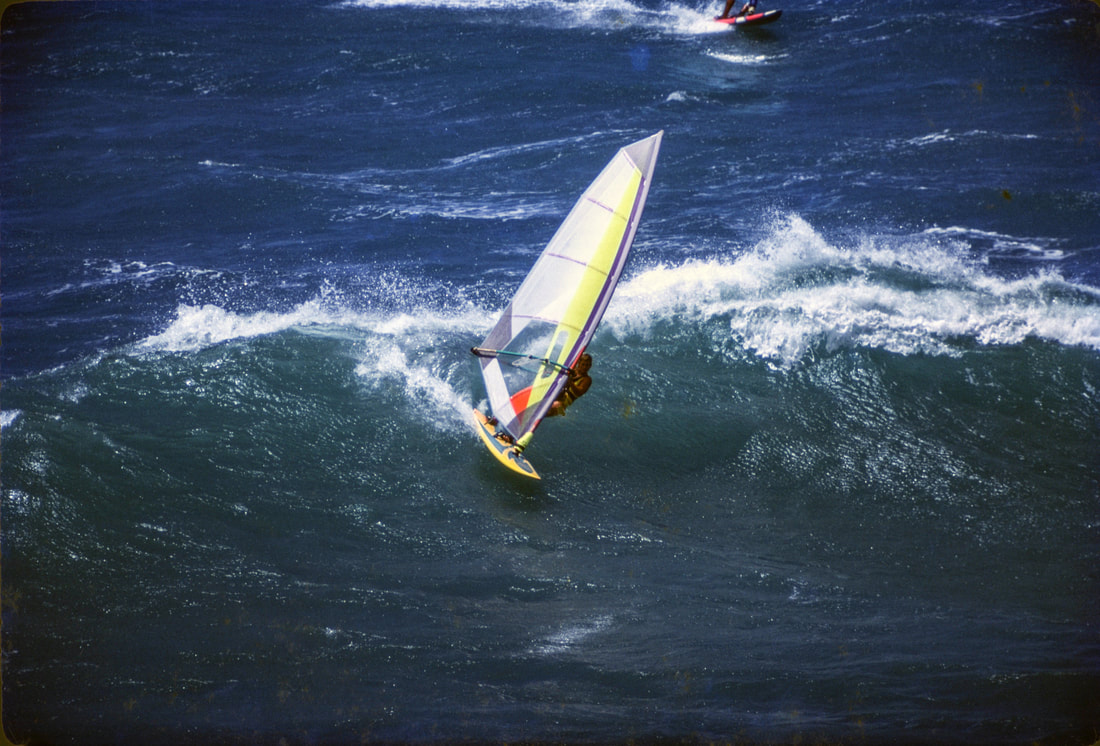 "Sorry guys, this wave's mine." Photo Gordinho
1. I first learned to windsurf off Spreklesville, Maui. Barry Spanier & Geoff Bourne had a Windsurfer Rocket that all the Maui Sails crew could share.Geoff would give me instructions from the beach when it was my turn to give it a try. I then went to Ka’anapali, Maui to Ken Kleid’s windsurfing school to use the simulator. Robert Hartley was my instructor there. 2. One of the most memorable moments was an encounter with a pod of curious pilot whales just outside of Ho’okipa. 3. I’d like to be remembered for being a part of a  group of hardcore windsurfers, sailmakers, board shapers & equipment innovators on the North shore of Maui, who pushed ourselves, each other & the sport. We had tons of fun & adventures along the way. 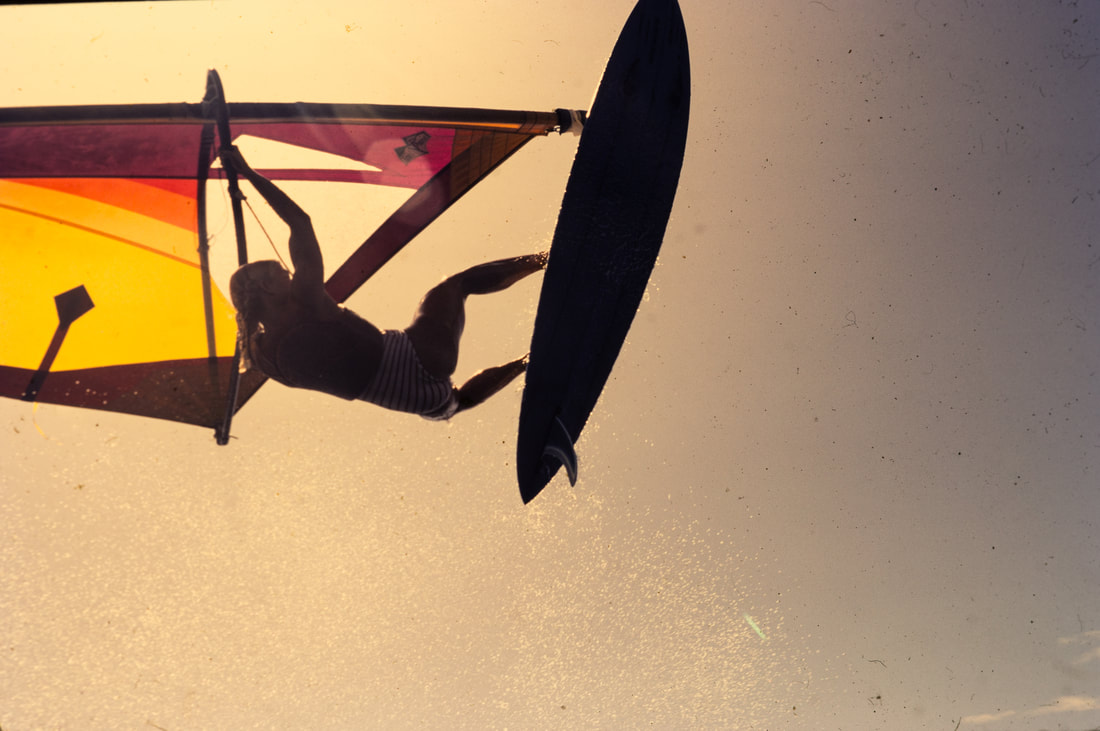 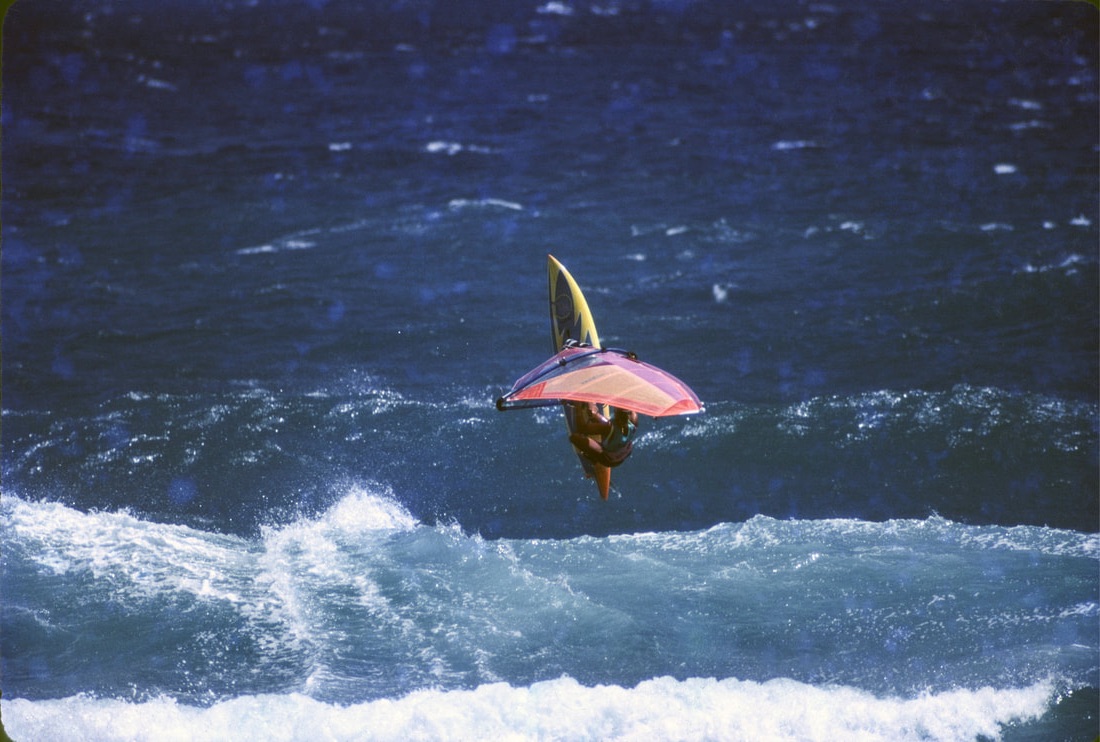 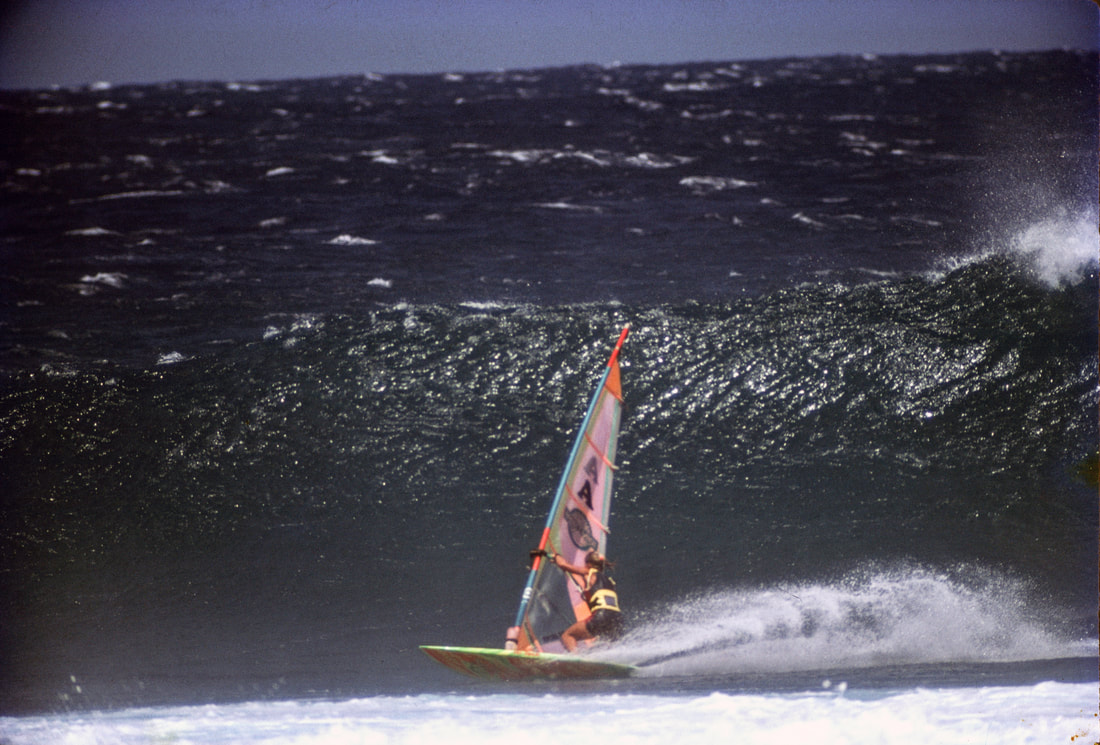 Few women like Debbie brought their A game to the peak in front of the rocks called H Poko, or any game at all. Photo Gordinho

Craig Maisonvile, HT, had a habit of poaching the shredders. Photo Gordinho 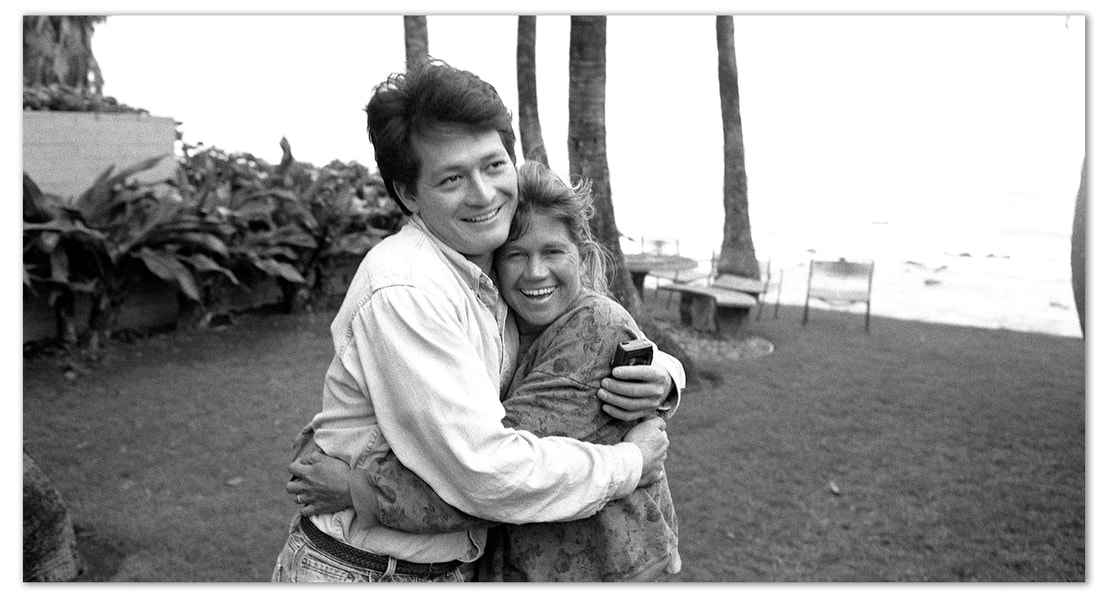