​PETER THOMMEN
Peter Thommen, Swiss born and raised, didn't grow up thinking he was going to be a board shaper. Whatever track he was on (with skis, mostly) slightly derailed when in 1977 he first set foot on a windsurfer. For five years before thinking about shaping, Peter worked as a journalist on his local newspaper in Biel. It was not until he made a trip to Hawaii that the bug fully bit him, and not until he helped a friend tool up a custom board factory did Thommen even consider the art nor science of board shaping.

Thommen's timing was good, working at first for Hi-Fly. Then came the big contract with F2, in 1985. They had just signed some kid named Dunkerbeck. Peter would attend nearly every pro event, honing the boards in their dual pursuit of perfection (granted, a bit of chaperoning was involved along the way). The Thommen-Dunkerbeck collaboration would go down as the most successful in windsurfing history, at least when it came to racking up victories (too many to count). That juggernaut was finally broken as all are, and after F2 was sold, Peter began his own venture. Since then, the road has been a bumpy one (manufacturing fallouts, global shipping issues, the star jumping ship), but the shapes still progressed. That legacy stands and will perhaps reign until the end of time; a golden era combined with a platinum run likely to never be repeated.

The fact that Peter came from a landlocked country, was not raised on shakas and sugar cane and probably never surfed a day in his life is a bit mind boggling. Perhaps a bit of Swiss ingenuity in the blood, a dedication to craft, an ability to yodel in the right canyon attributed to his success. Or was it the chocolate? Character, as well as longevity serving as a criterion for induction into this HOF earned Peter a bushel of votes, due to lots of happy shiny people out there who've taken his creations for a ride.

Peter is still at it, designing and building custom boards but also advising a Greek company “KingBoardsz” to develop into a European based production company. We wish him luck with his ventures, and happiness with his boys. 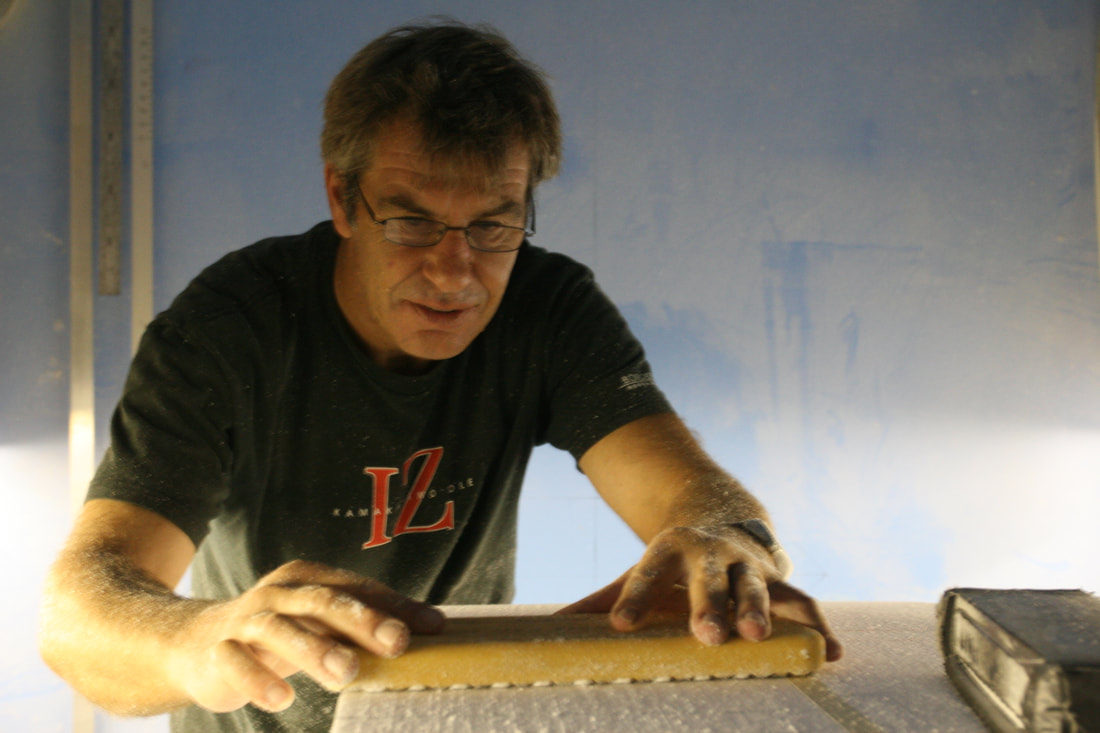 Peter IZ as fine a shaper as any. Photo Ziga 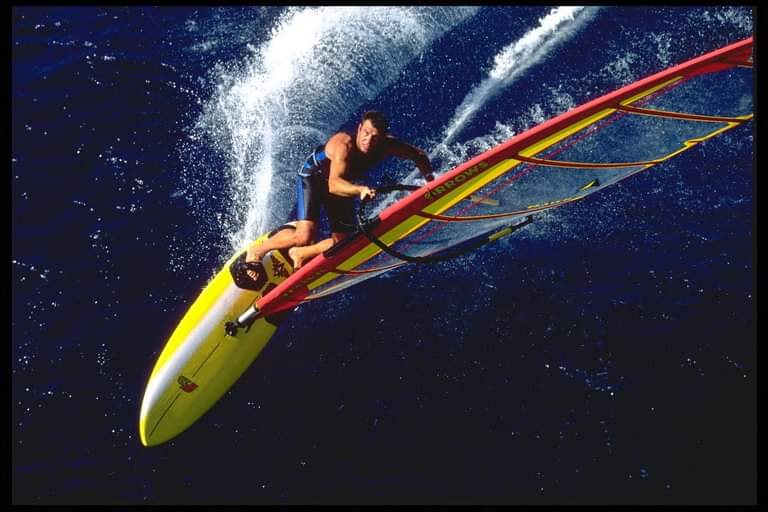 Having the ability to take one's shapes for a test ride speaks volumes, in this case, about 135 liters. This photo and banner photo Thorsten Indra.
Your first windsurfing experience? I learned to windsurf on my home lake in Biel/Bienne, Switzerland, with the help of my friend Peter Naegeli, sportsman extraordinaire to this day."

Favorite minute of windsurfing? "Spartan Reef, North Shore Maui, on a very big day with the channel closing out most of the time. I finally made it out, tried to get a sense of the swell, and eventually dropped in only to realize that the thing was walling up all the way from Paia Bay down to Upper’s…where I could spot a friend’s sail. Will never forget the rush riding that thing."

​What would you like to be remembered for in this sport? "he never gave up trying to make better boards that day than he did the day before." 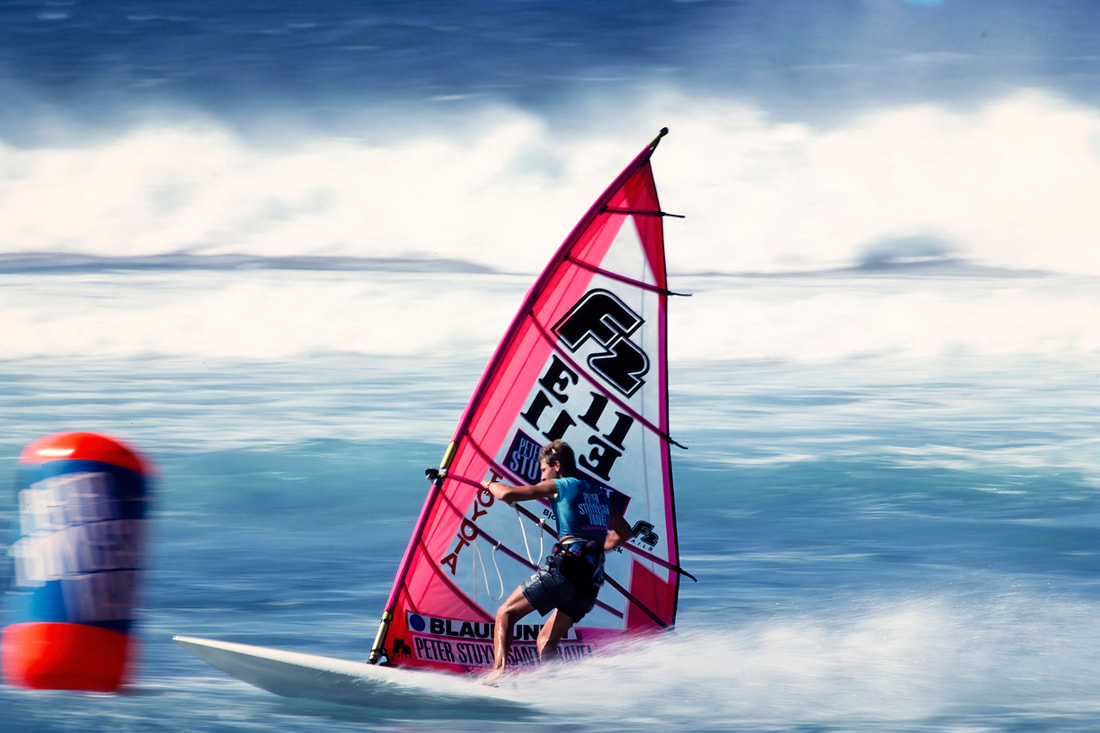 Bjorn was untouchable in racing and slalom. Photo Wong 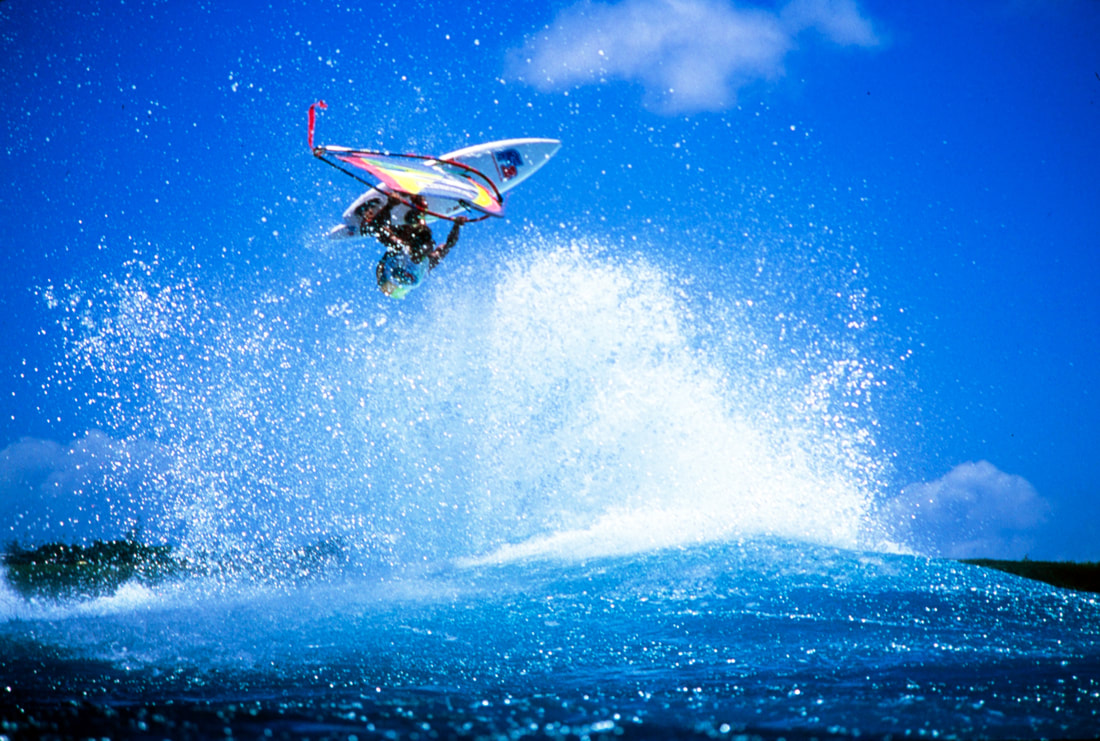 He was pretty good in the waves as well, the first European to win the Aloha Classic. Photo Weston 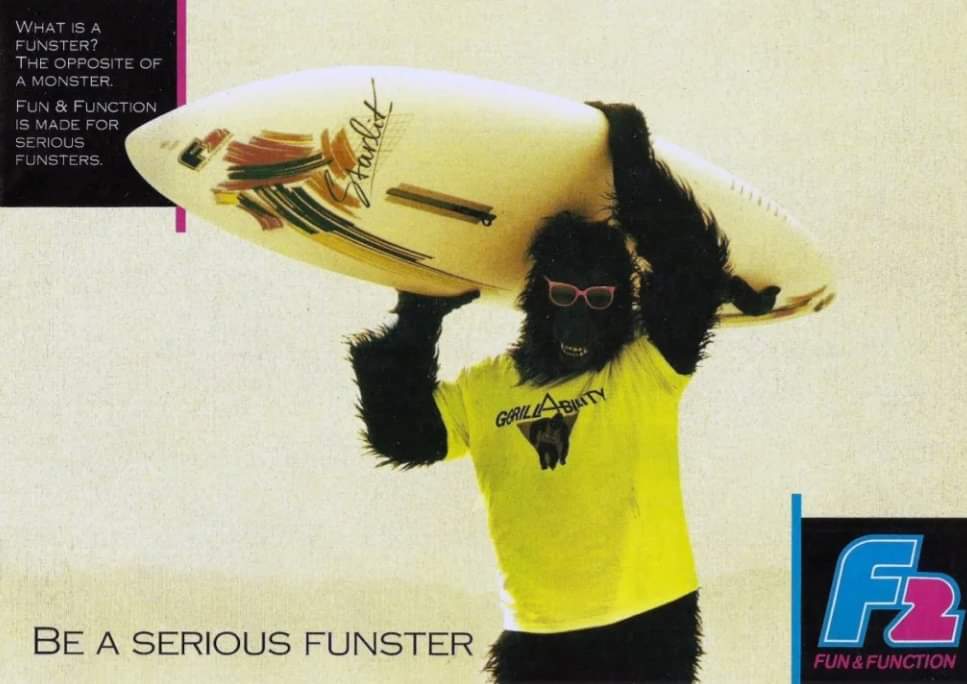 Peter? Is that you? The glasses are a dead giveaway. 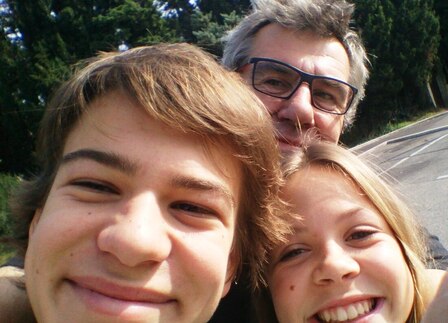 A few years ago with family.