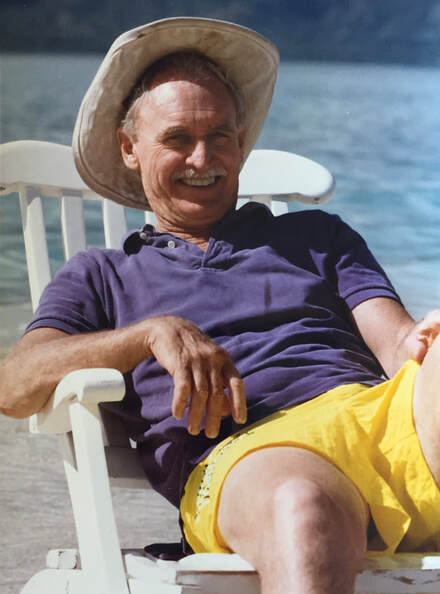 Jim Drake (1929-2012)
On May 15, 1967, in Marina del Rey, California, Jim Drake took the first step on the first windsurfer that he designed and built in his Santa Monica garage (shaped by Gary Seaman). The fact that Jim Drake accepted that he was not the first, but third "co-inventor" of windsurfing, speaks volumes about the man. He didn't need to do so, seeing the differences in design, but he had nothing to lose and kept his humility. Those in the know, know we would all be fishing without him.

His wishbone boom, created in his garage, was also not the first wishbone used in sailing, and his creation of the universal something more complicated than necessary (a piece of rope worked for Darby). But the application of these components in combination with the correct placement of efforts enabled the sail as a steering device that would propel forward generations of water sports enthusiasts.

According to Jim's son, David, "Jim designed the board and the first prototypes, shaped by the Seamans brothers.. He worked out the details of floatation placement, where to put the daggerboard, that it even needed a daggerboard, and was the first to try it out on Jamaica Bay (Marina Del Rey), going back the second day with an uphaul. It wasn't until the third day that he taught Hoyle how to windsurf off Will Rogers State Beach on Santa Monica Bay." Of course, David was not born yet, but in the movie, Wind Legends, you can see footage of Jim windsurfing that first day without an uphaul, shot by Jim's wife.

Drake graduated from Stanford University to become an aeronautical engineer for what was then called North American Aviation. His carrier took him to the Pentagon, the Rand Corporation and lastly R and D Associates, a technical studies firm he helped found (and nobody disputed!). He, with help of course, developed the first designs of what became the X-15, the B-70 and the cruise missile. Jim continued consulting for the Pentagon, but more importantly, work with Svein Rasmussen to create the Formula Board, as well as claim some design influence on the trend toward wider boards in the Starboard portfolio.

Jim had a damn good day job as an aeronautical engineer, while Hoyle Schweitzer lost his, placing everything on the line and making the sport go (with the help of Diane, a special bond and partnership Jim acknowledges during the interview). You can read  John Chao's interview of Jim in American Windsurfer. Jim talks about Hoyle made some "tactical" business decisions, buying Jim out on the patent for cheap ($36k); cheap compared to the millions Hoyle eventually made. It could have gone the other way, and $36k was a haul back in the day.

While fortune is not always figuratively spoken – Jim did achieve some fame through the success of the Windsurfer, and Hoyle some headaches protecting patent rights – suffice to say that both chose their paths, have lived above average lives, and we are all fortunate to experience the fruit of their labors (assuming you are a windsurfer reading this, or god forbid, a kiter, winger... all extensions of), as windsurfers, we have a whole lot to be grateful for to both Jim and Hoyle. 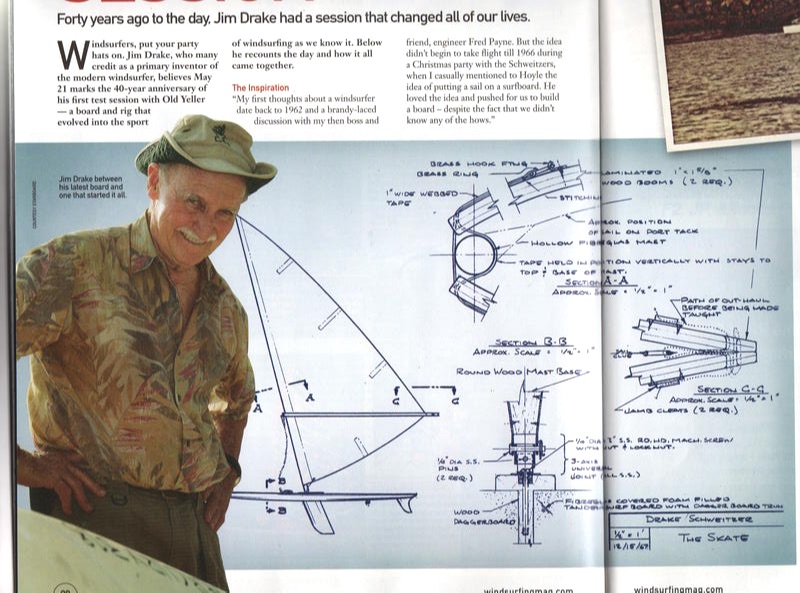 This article and interview by John Chao, worth a read even if you don't much. 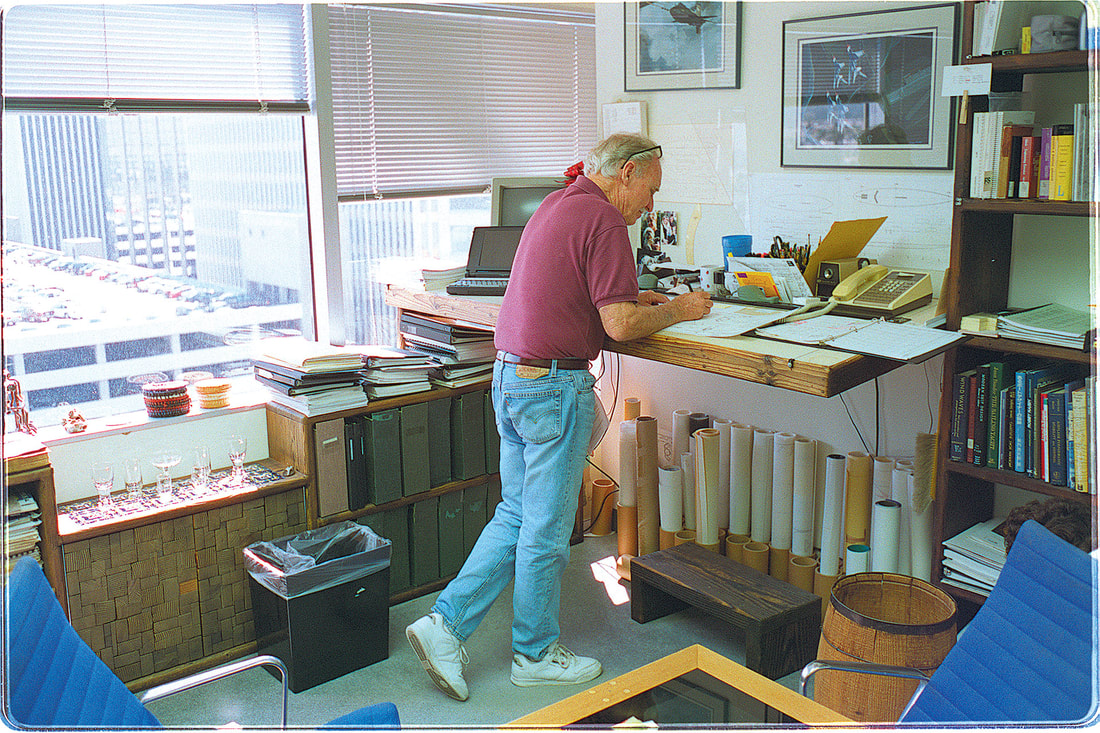 Jim putting a pen to something fast. Photo John Chao 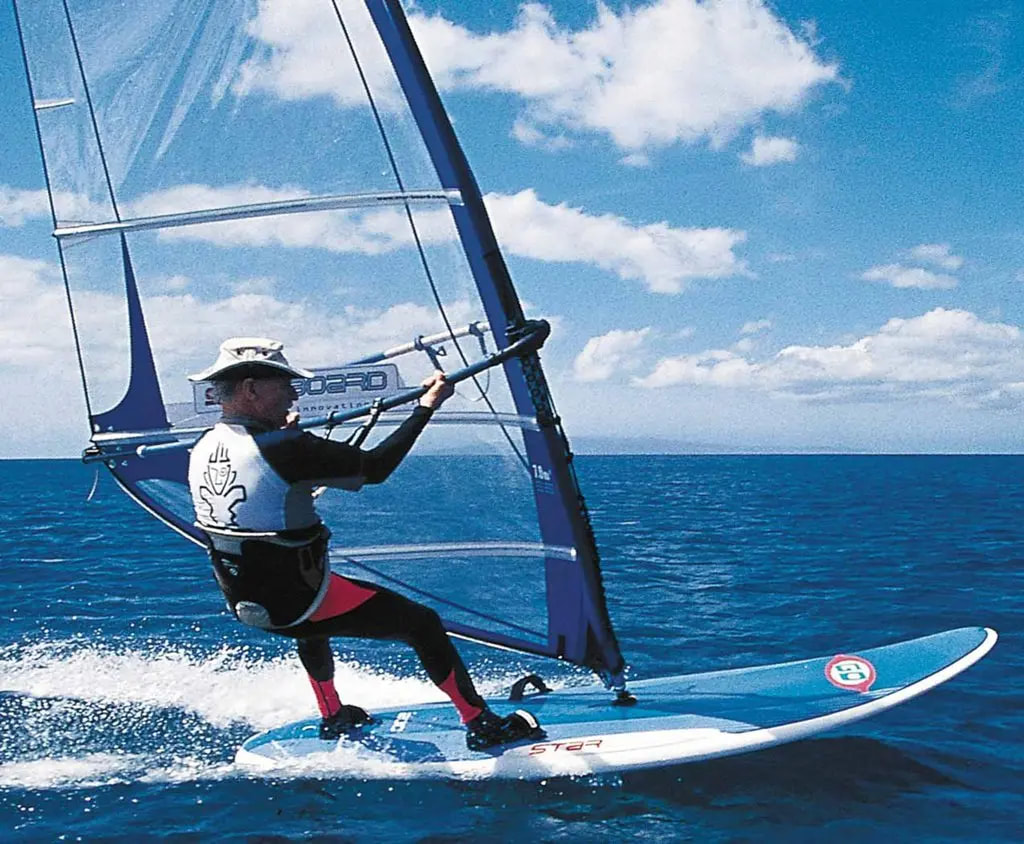 Jim was adamant that you didn't always have to go fast. It was more important that one must just GO. 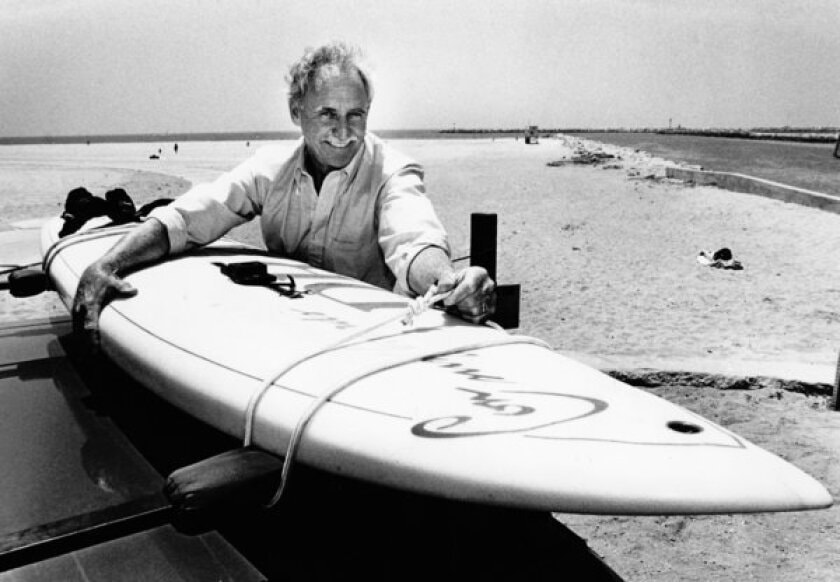 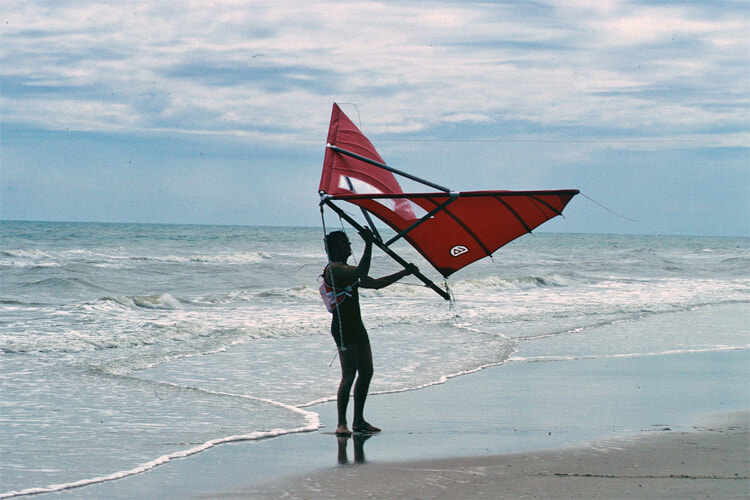 Uli Stanciu of Surf Magazine fame, holding the first wing design in 1981 he co-designed and patented with Jim Drake. Assuming the patent ran dry before the boom. Full story by clicking on the photo in the awesome Surfer Today eZine.
Watch a short clip of Jim in an outtake of the film, Wind Legends by Weston and Kiprov. 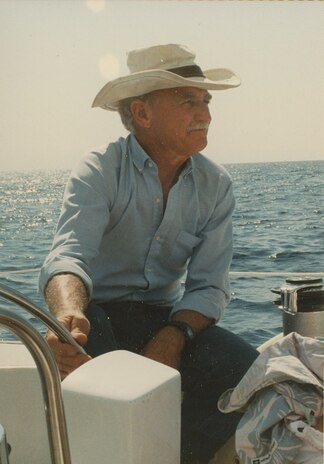 Jim Drake, Godspeed, no doubt.
BACK TO 2021 WHOF INDUCTEES