​​MIKE WALTZE
Mike Waltze, better known as the King of Ho'okipa, or the owner of your parking spot. They say it's not the size of dog in the fight but the size of fight in the dog. Pound for pound, the most bad-ass wavesailor in the least friendly slice of planet, there was no disputing his throne nor his territorial rights. He was the first one to plant a stake in the reef, right there at H Poko Point. A one-man, Mighty Mouse, pit bull, black shorts wrecking crew, not much stood in his way. If it did, it got knocked down. If otherwise, he got back up again and delivered a mightier blow. We're talking about windsurfing here, just in case you're wondering.

Mike was reluctant to invite a few friends over to his secret spot, but one came and then they told others and well, those damn photographers. So he organized a little contest, just so he could win it. He won a bunch after that, too, but it wasn't the point. It was more point the nose at the fatty and go to town. We're talking waves, okay.

Waltze was lucky from the beginning, his parents being friends with the Schweitzers. He was right there in the thick of genesis, and though Matt would be higher on the booms and dominate the triangle races, still managed to break through his shadow at the Windsurfer Worlds in Japan.

But when Mike came to Maui, it wasn't on a golden chariot. He lived West side, in a tree house, trying to carve out a living teaching windsurfing. Nobody really knew what to make of that sport yet. One thing Fred led to another Jimmy and with BK, together they started Sailboards Maui. The rest is history. 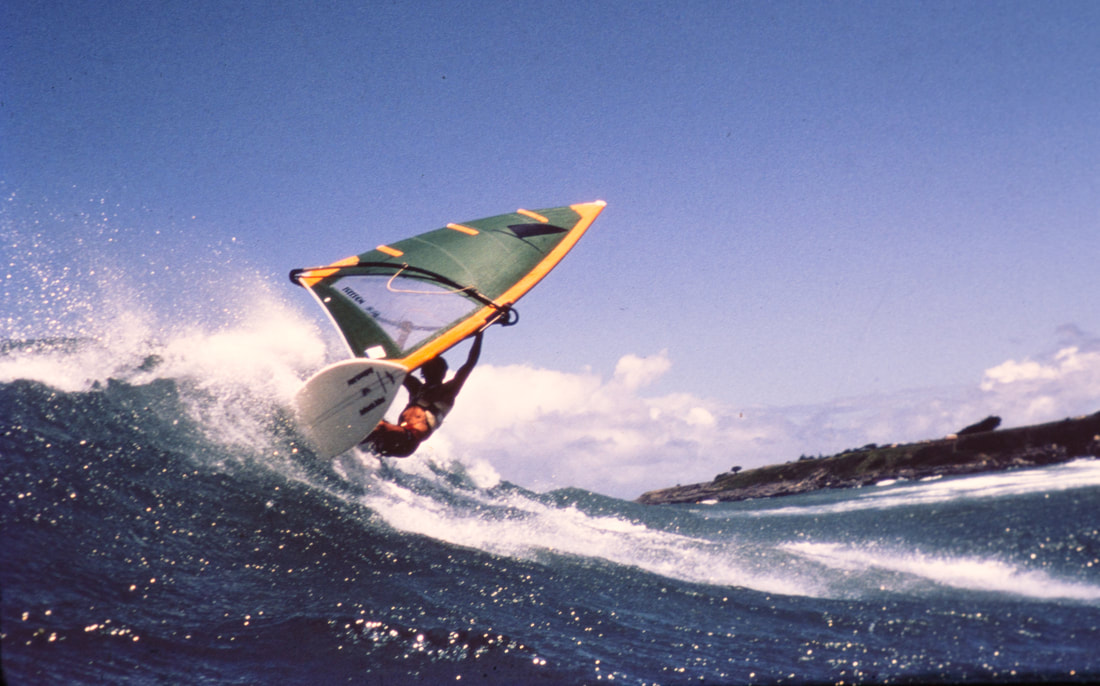 Mike was quick and compact with surfer moves engineered from his rough childhood growing up in Newport Beach, CA. Photo Weston
Your first windsurfing experience? "Diane made a kids rig for me and Matt when we were 9. Hoyle showed us how to steer the board with the sail." 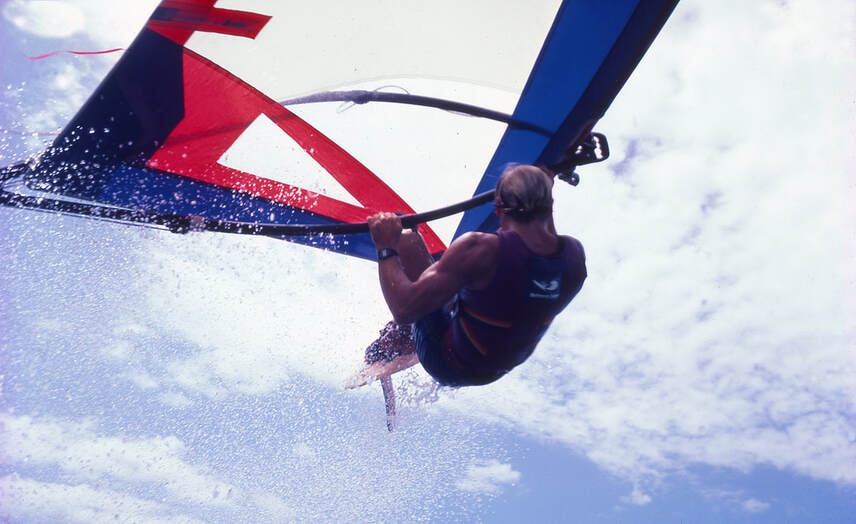 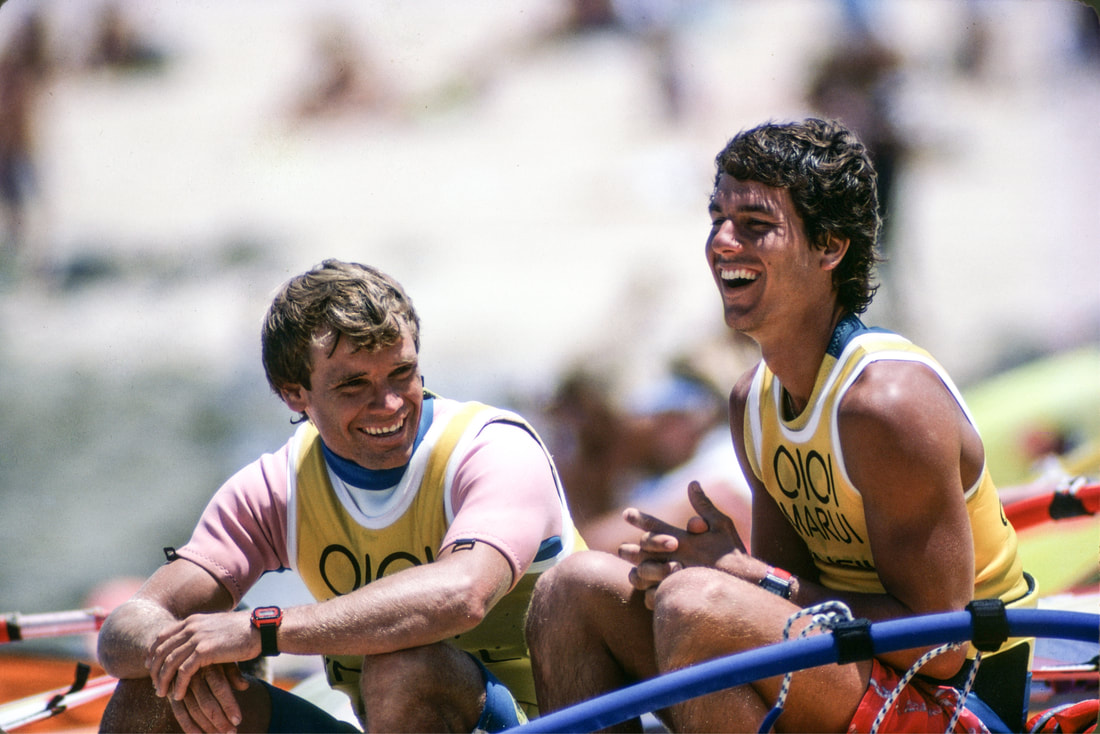 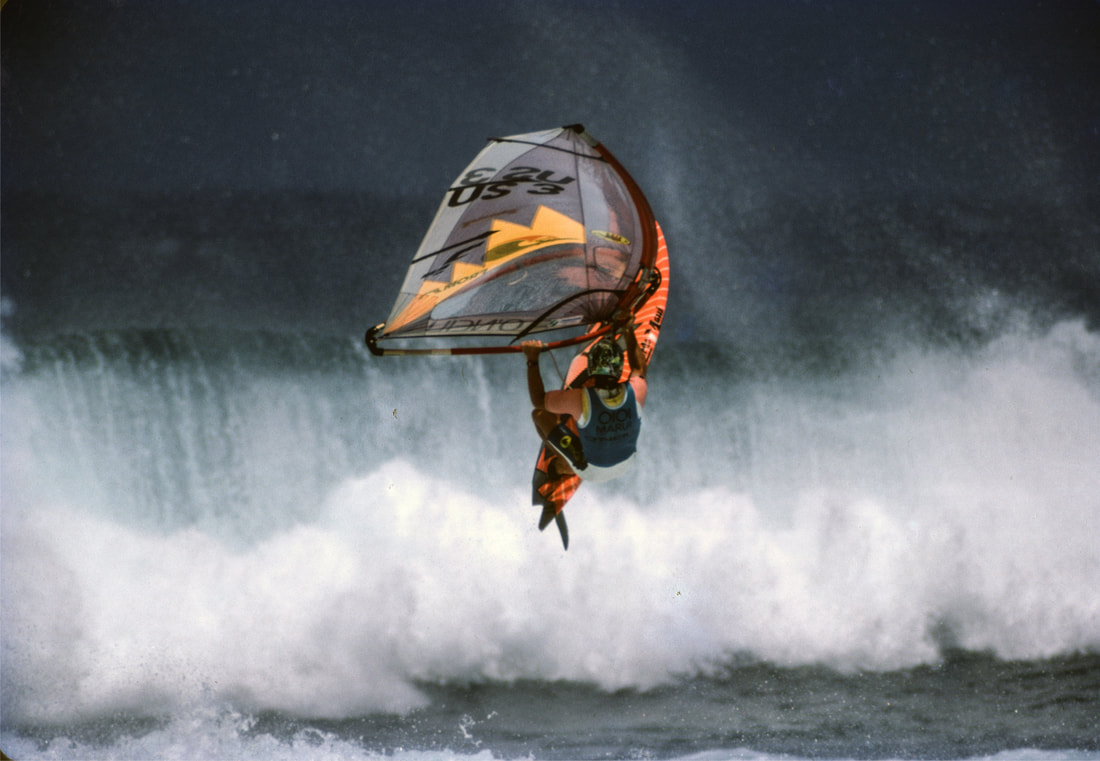 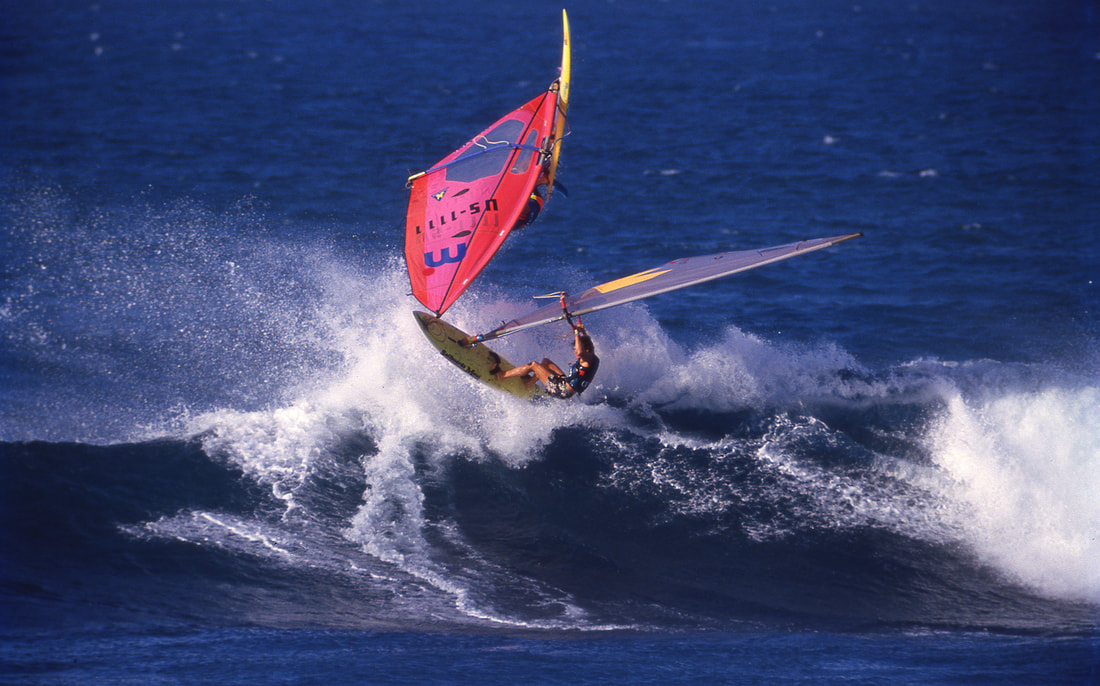 Always good to have friends in the lineup. Photo Aeder. 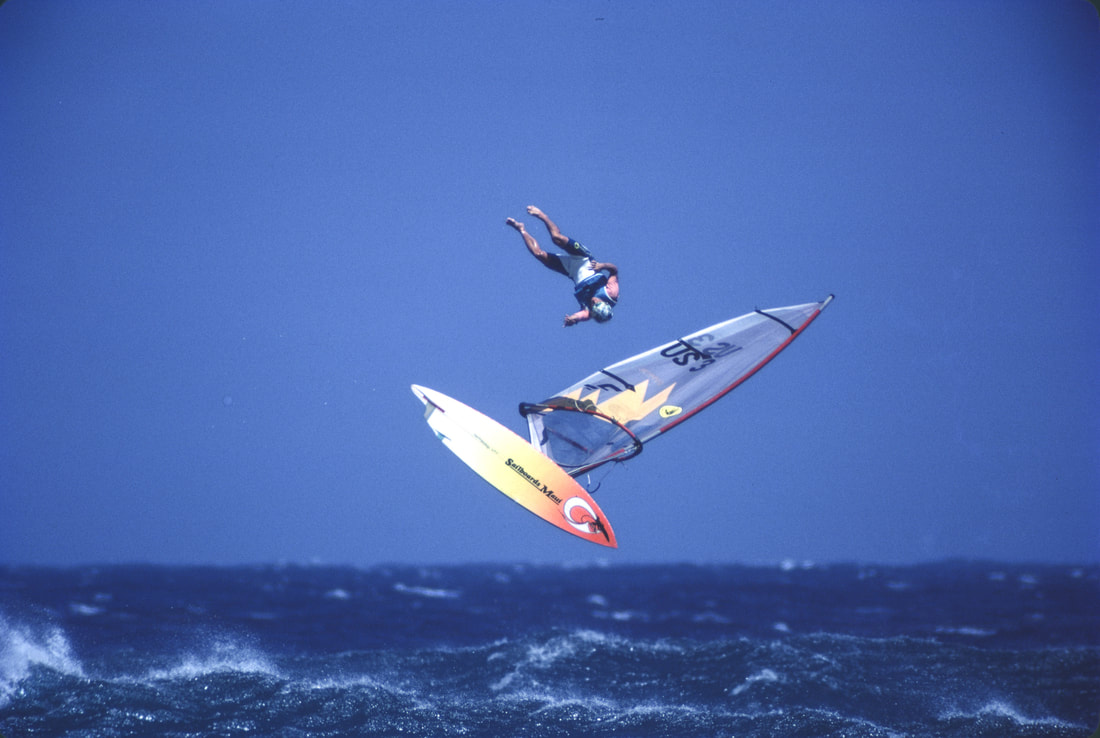 And I'm floating in a most peculiar way. Photo Gordinho 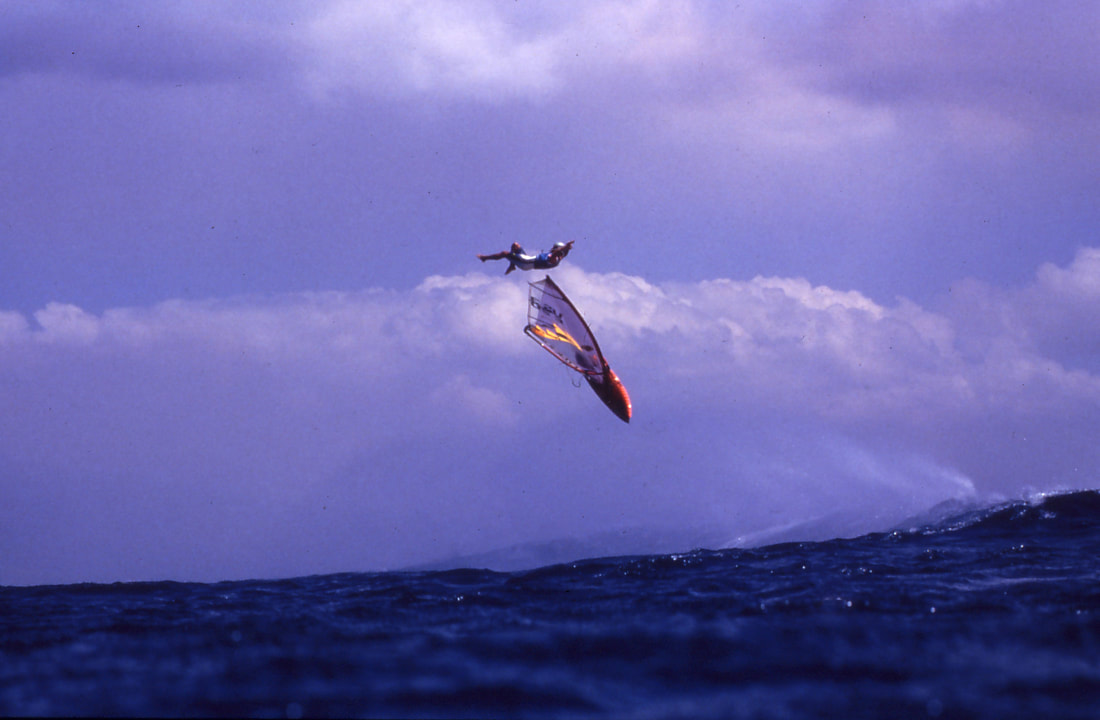 Far above the world. Same jump from water. Photo Weston 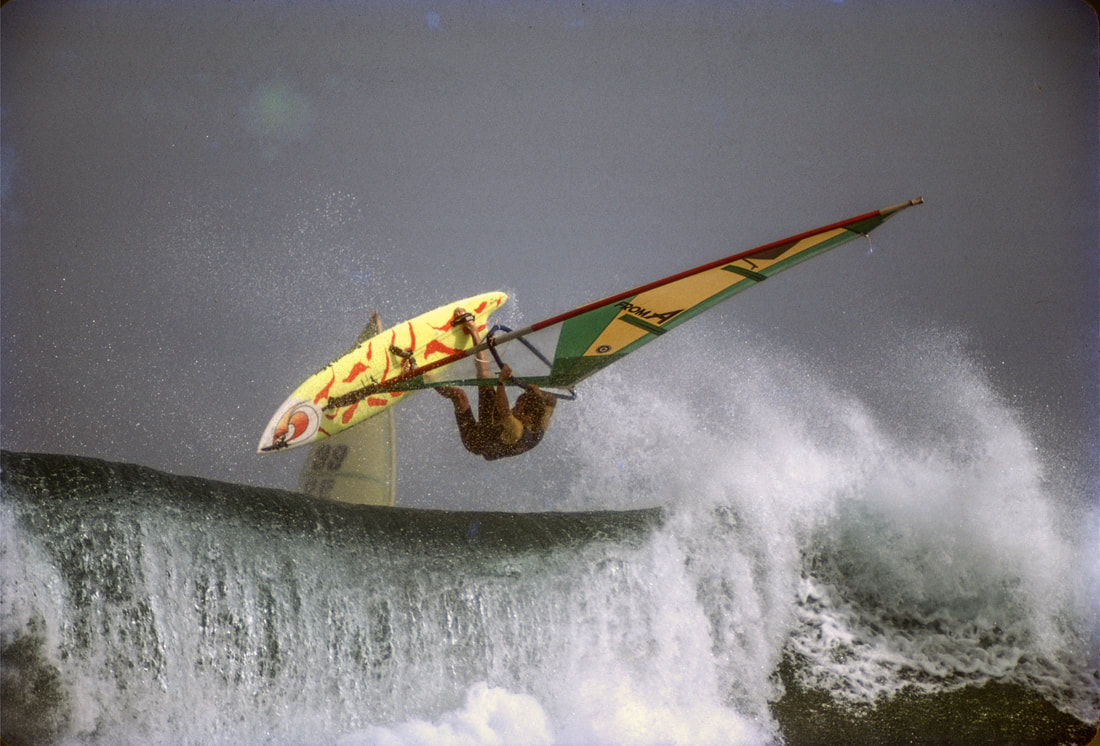 From A to B radical. Photo Gordinho 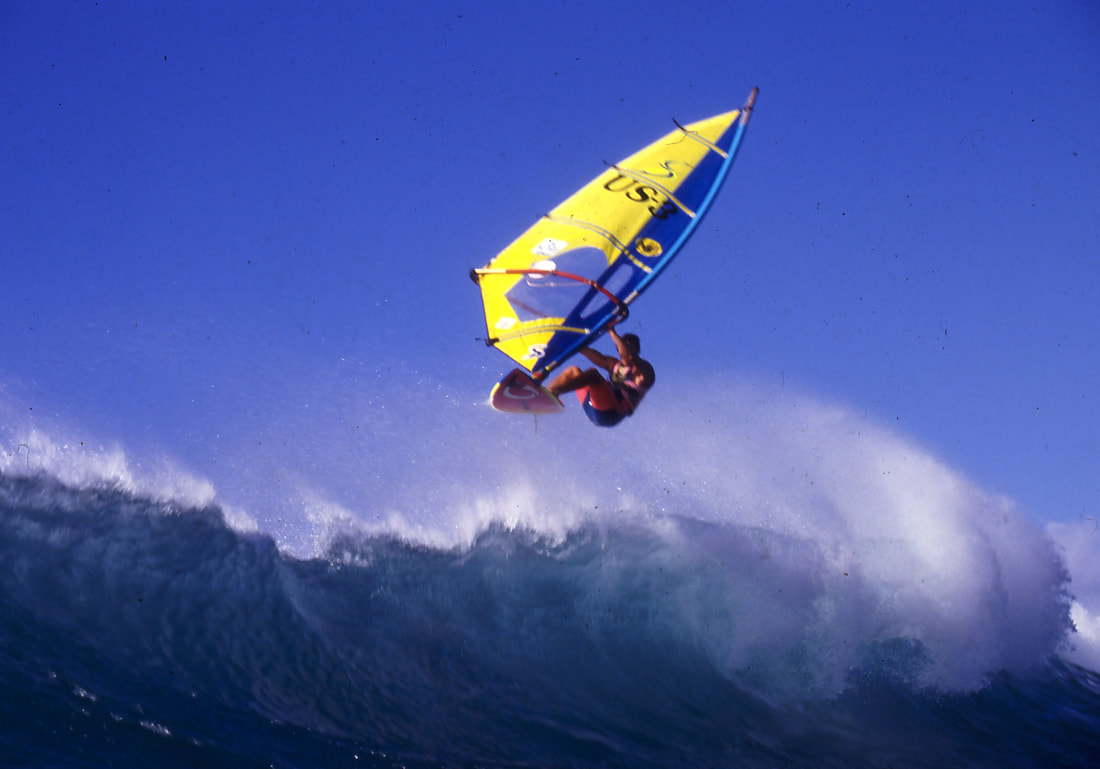 Mike could ride a door, but having Jimmy shape for him got him here. Photo Weston. 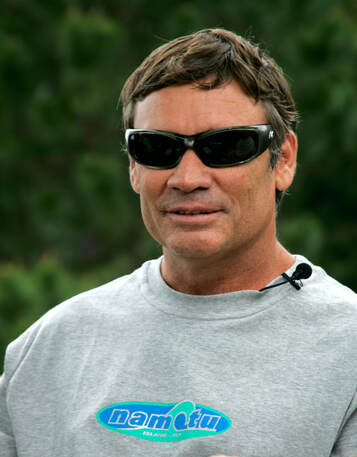 Mike on Fiji. Photo Aeder
BACK TO 2021 WHOF INDUCTEES