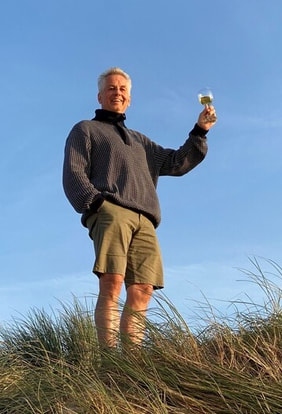 Andreas toasting his award.
ANDREAS ERBE is one of the key journalist/editors of surfing in the world. Like football, surfing took on a different meaning in Europe! This new brand of wind-powered surfing determined the lives of many Europeans, and it certainly changed the life of Andreas. In turn, the magazine articles he would write and edit, as well as the boards he would test, would change the lives of countless others.

Born in 1962 in the middle of Germany, far away from the sea, Andreas took his surfing lessons in 1974 in one of the first surf schools of Klaus Gahmig at the Baltic Sea. His enthusiasm for the new sport quickly infected his friends and his parents had to take the group of friends to a lake every weekend to go surfing. With a driver's license in hand, the wide world of windsurfing spots opened up for Andreas and his freedom seeking crew. They built their own boards, traveled near and far to regattas, where new surfing spots were discovered.

After a failed medical degree, Andreas found success in the right place at the right time. The founder of Surf Magazin, Uli Stanciu, hired him as a test rider in 1988! Many of us often wondered who those lucky chaps were! During the 1990s he also worked for the new magazines Bike and Snow, rising meteorically to head the editorial team of the surfing magazine, Wave. Then, in 2002, his talents were fully recognized. Andreas was appointed Editor-in-Chief of Surf Magazin.

Since then, it has always been Andreas's ambition to promote the sport. The Surf Festival, which he co-founded, developed into the largest outdoor windsurfing exhibition in the world. Together with the boot fair in Düsseldorf, he also created the "Surfer of the Year" award, honoring the best young windsurfers (male and female) with a cash prize of over 2000 Euros every year. Andreas also had the honor of writing the biographies of two of the absolute windsurfing icons - Philip Köster and Bjørn Dunkerbeck. Together with his editorial team, Andreas also publishes SUP Magazin and Wing Magazin.

Without people like Andreas, surfing never happened! See you at the Surf Festival! 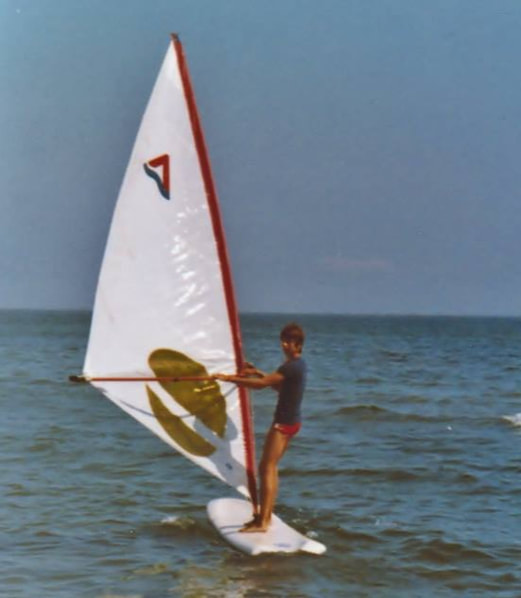 Name that board. Andreas windsurfing in 1978. He's caught the bug! 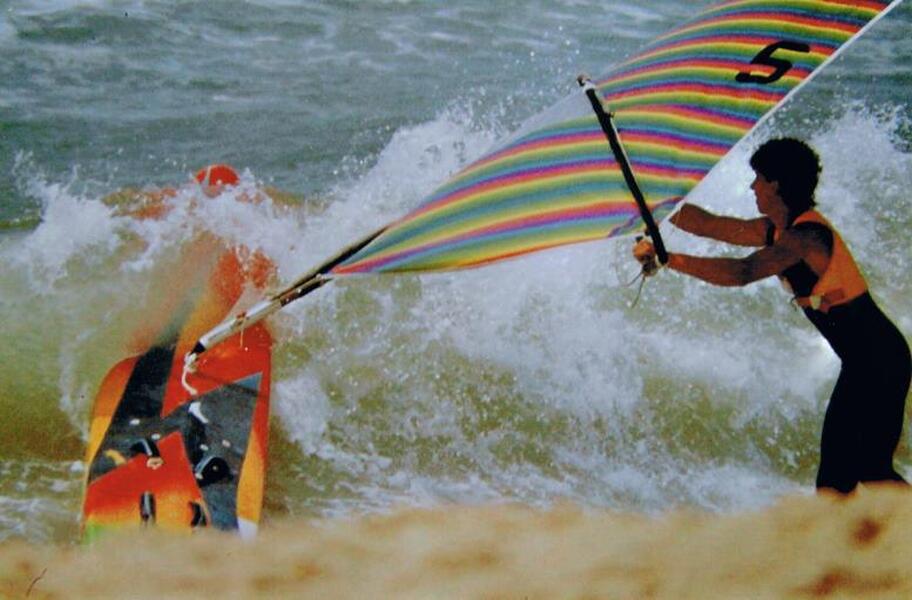 Everyone must go surfing now! Biarritz, perfect place to cut your teeth, lol. 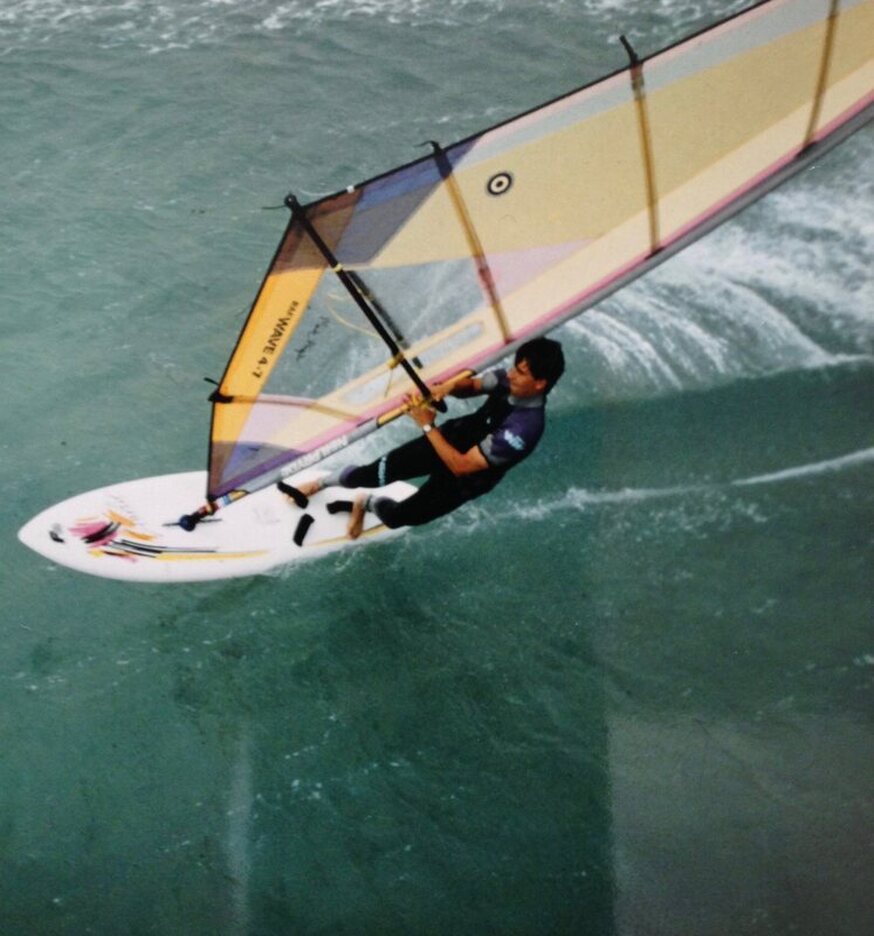 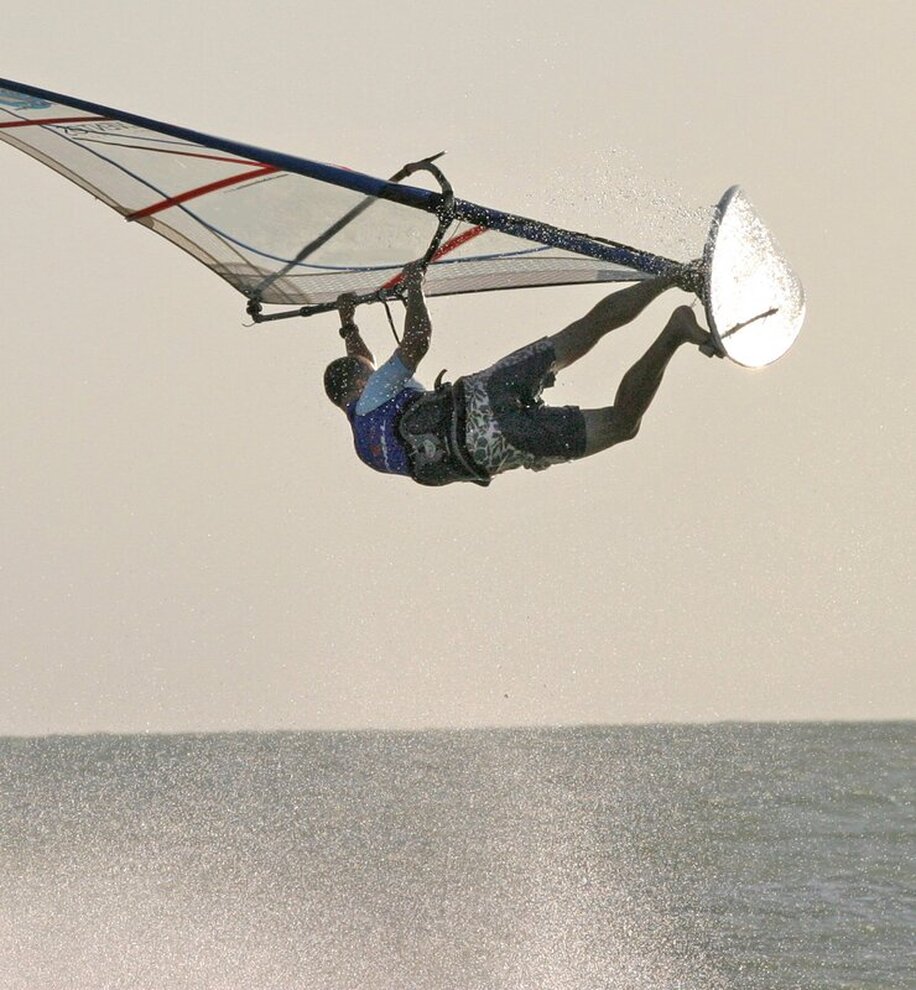 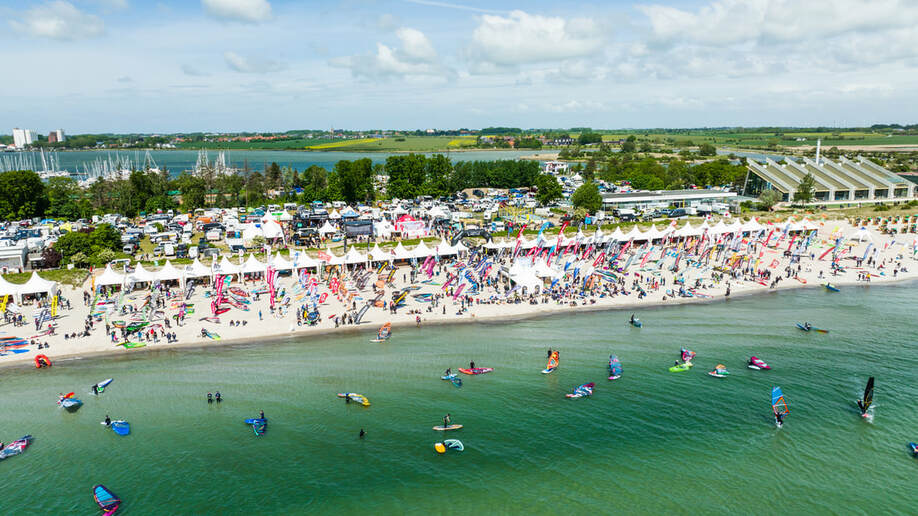 The giant Surf Festival in Germany, co-created by Andreas Erbe. 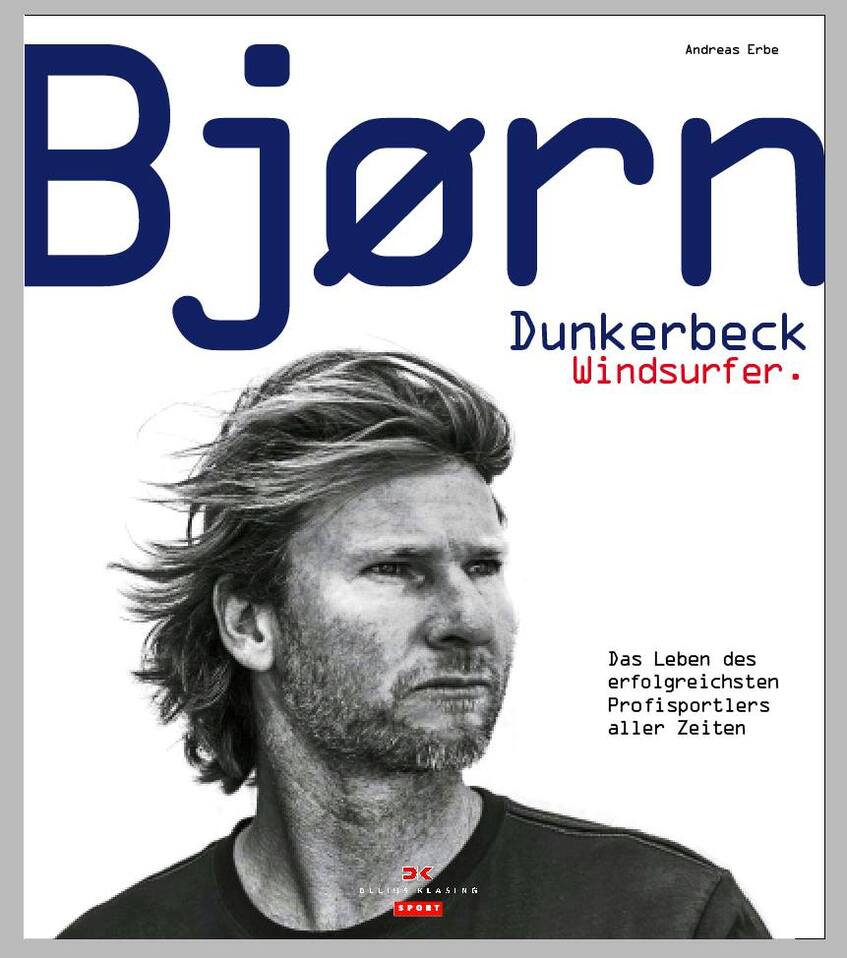 A book like this takes great dedication and research.

Blazing the Baltic!
BACK TO 2022 WHOF INDUCTEES