WINDSURFING HALL OF FAME
​JASON POLAKOW
Jason Polakow was born in Torquay, Australia, and is a true all-rounder when it comes to extreme sports. Before he switched to windsurfing and made his name as a legend on the water, Polakow had already honed his radical approach to life, dismissed fear, and earned the title of Australian Junior Moto X Champion. That's dirt bikes.

But at just 18 years old, he established himself as the top windsurfer in Australia and headed off to the world stage, where he quickly rose to the top. In 1990, Polakow won every event he entered. including the Marui/O’Neill World Cup Grand Slam, finishing the season ranked number two in the world.

But extreme sports are not without risk, and a serious Moto X accident nearly ended Polakow’s career, leaving him with broken legs, wrists and feet. Doctors said he would never windsurf again but he beat the odds to not only recover, but to charge straight back to the top of the world rankings. 1997 was one of most successful years of Polakow’s life, when he won the prestigious Aloha Classic and was crowned PWA Wave-sailing World Champion for the first time. He launched his own board brand, JP Australia, and a year later, took his second World Championship.

Jason has a PHD in longevity and charges hard whether it's at Jaws, Fiji, Portugal, or some new wave in woop woop undiscovered. Wherever he travels, he brings a fluid ripping style that is second to none. 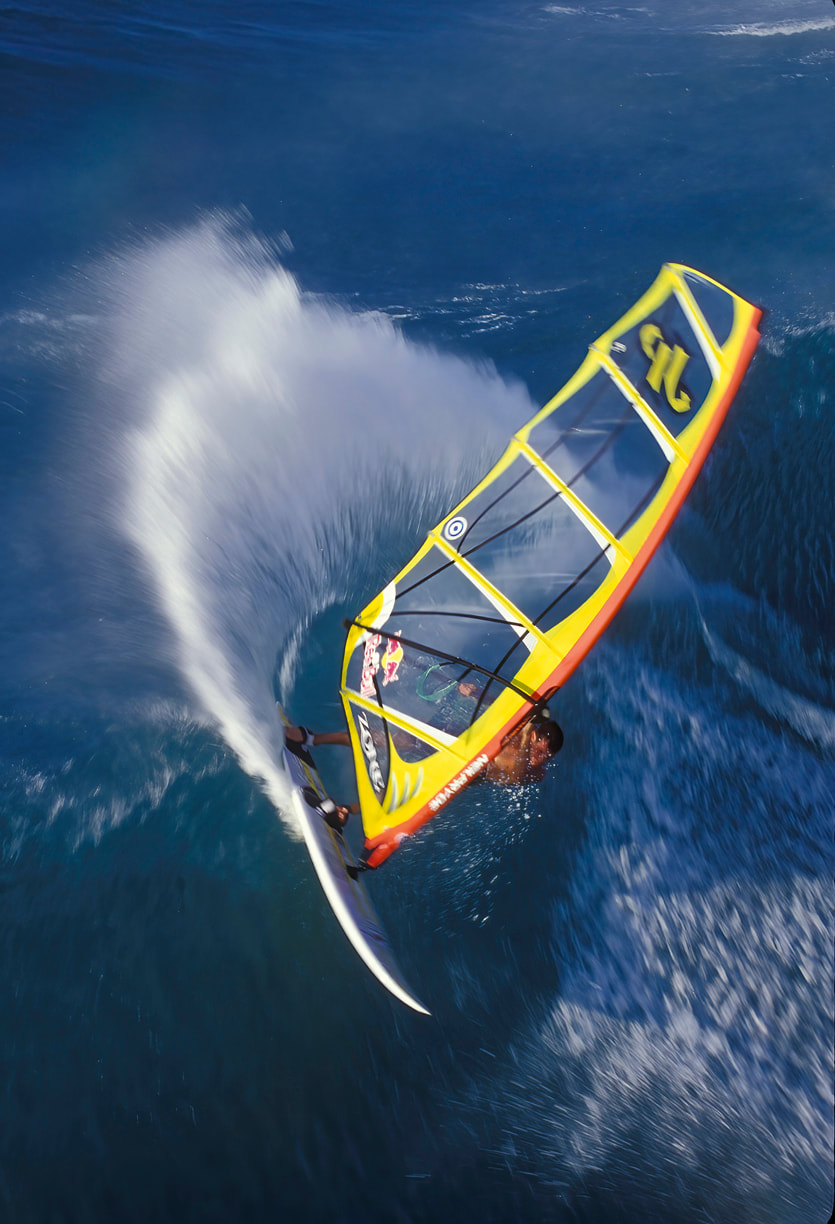 "Take at!" Jason Polakow showing there's more to wavesailing than busting a big aerial. And more to a great shot than snapping at F8 1/500 by Darrell Wong 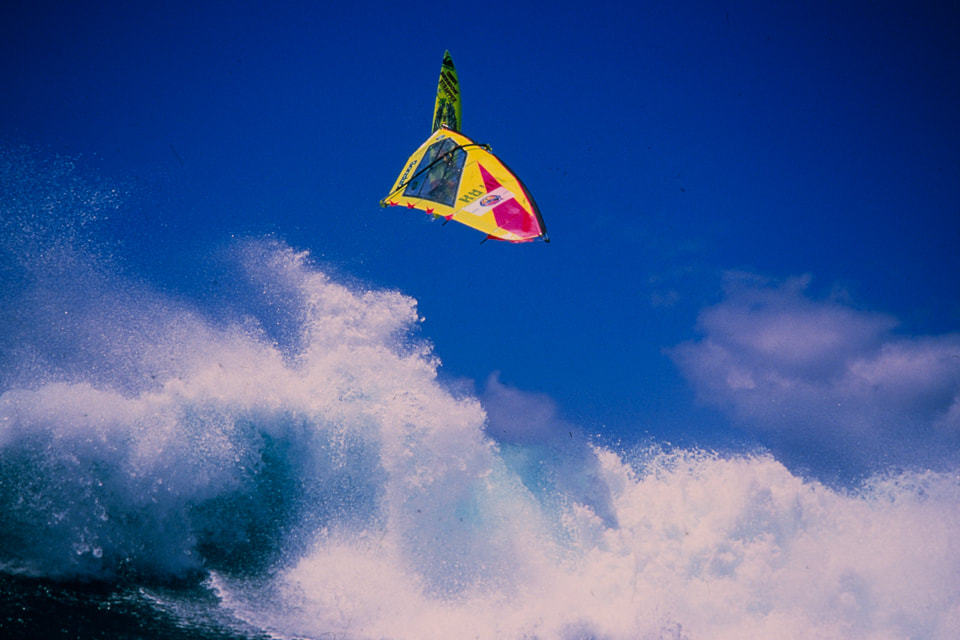 Fear? "What's at?!" Aussie Aussie Aussie. Photo Weston
Your first windsurfing experience? "I was 12 years of age and learned to windsurf in Torquay Victoria at a beach called Point Danger. My father was my instructor even though he never windsurfed.  I also learned from other fellow windsurfers at the time."
.
Favorite minute of windsurfing? "Would have to be winning my first event in Hawaii. Back then, no one had won an event that was not from the Hawaii, so was a big deal for me. ." 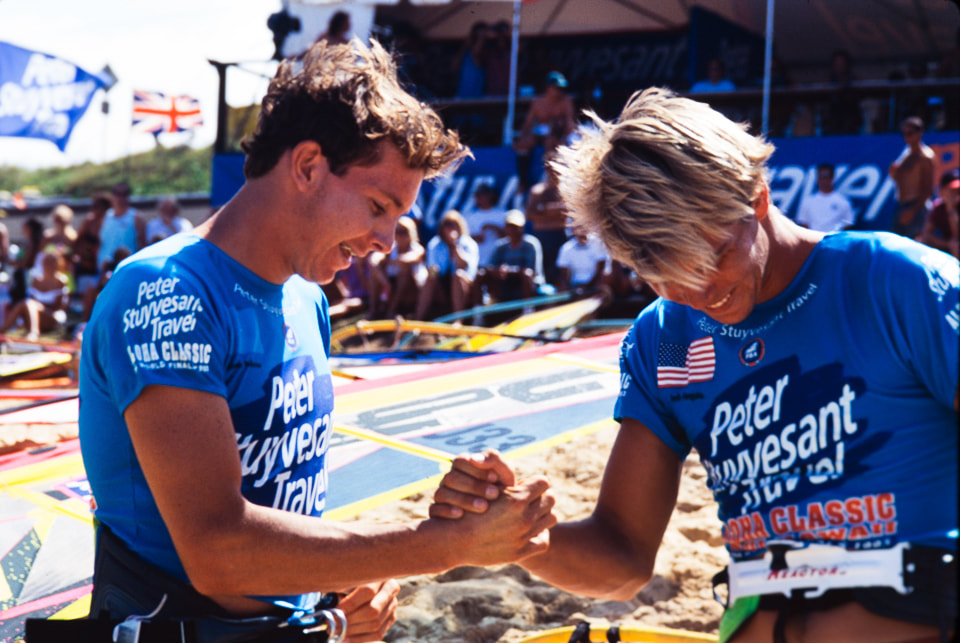 "Bring it on, Mate!" Photo Wong 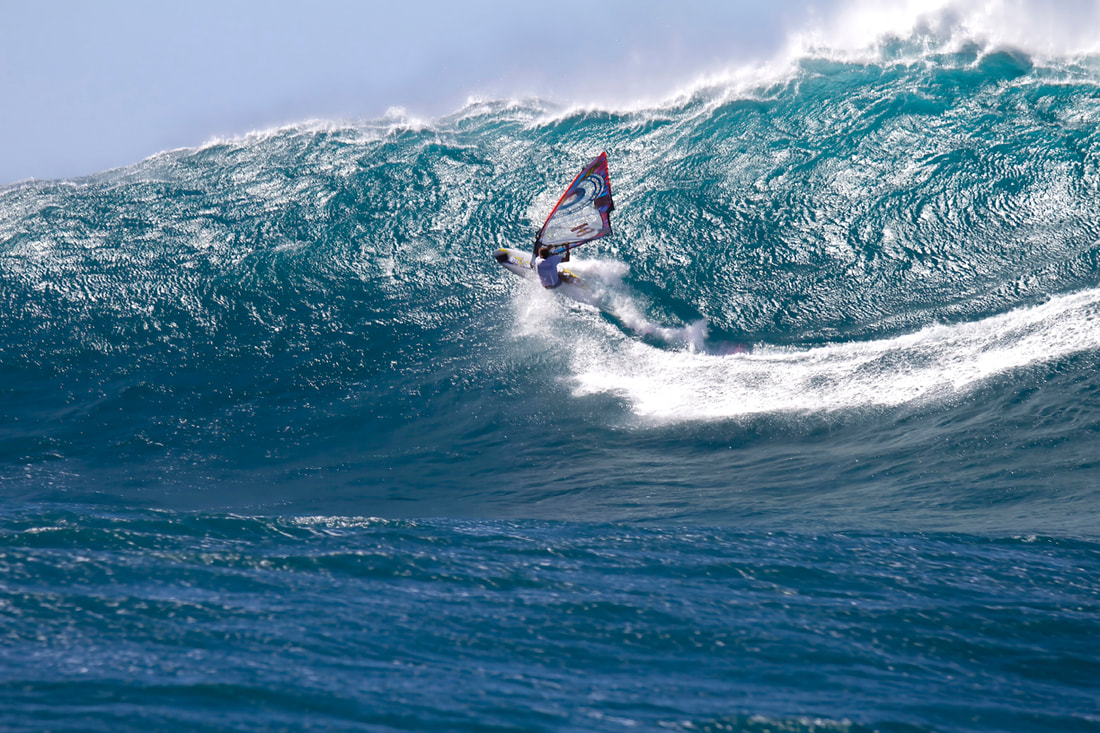 "Have a Captain Cook look at at!" Photo Wong 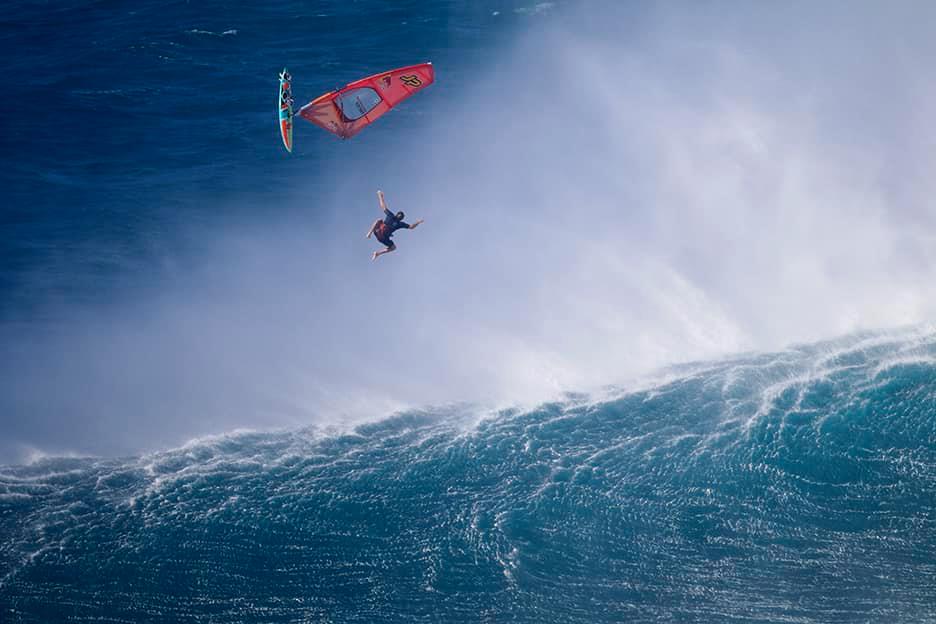 Now that's throwing the shrimp on the Barbie. (You knew it was coming)

Good on ya, Mate. Try aging a little.