WINDSURFING HALL OF FAME
​Fred Haywood
Fred Haywood, a man amongst boys. Stanford champion swimmer. Born and raised on Maui. He'd come back to the scene comparatively late in life. A few young bucks were just discovering his island, a mecca for wind. Fred was still the man on campus in Kaanapali, and some sprite rascal was invading his turf with one of those strange contraptions. He just grabbed one off the beach and rode it. Wasn't much the fellow could do about it but marvel at how quick he picked it up. The kid could see it wouldn't be long before the man would be gunning for all the other kids with their kicked back fins, so he thought he'd join him. They set up shop in Fred's house by the harbor in Kahului and called it Sailboards Maui. The kids name, Mike Waltze. Along with Bill King's brains and some guy named Jimmy Lewis as a shaper, the rest is history.

Speedsailing wasn't really a thing back then, at least not on Maui, but Jimmy's boards were fast. Some French guy named Maka was proving that. Fred would come to the Weymouth Speed trials, armed with a wing and a prayer, the prayer in the shape of one of Jimmy's speed guns, just like Maka had. There, Fred broke the 30-knot barrier. This speed may not seem like much now, but it sure was a big deal back then. Mr. Haywood became a big deal, too. He had stuck a pin squarely in the speedsailing map. 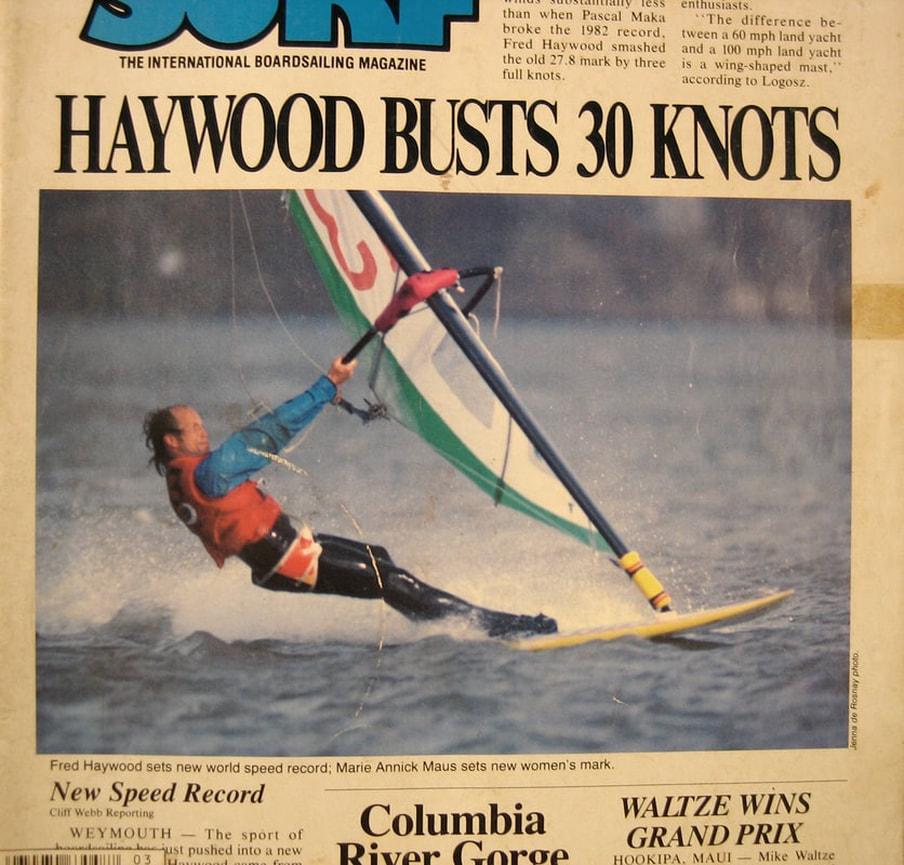 Photo Arnaud de Rosnay
​Fred didn't stop there. He had to go out and ride the biggest wave ever ridden by man. The story of how he caught that wave and the man who captured him doing it will be told over and again, but you can certainly read about it in Fred's book, Racing with Aloha, and some other books as well. 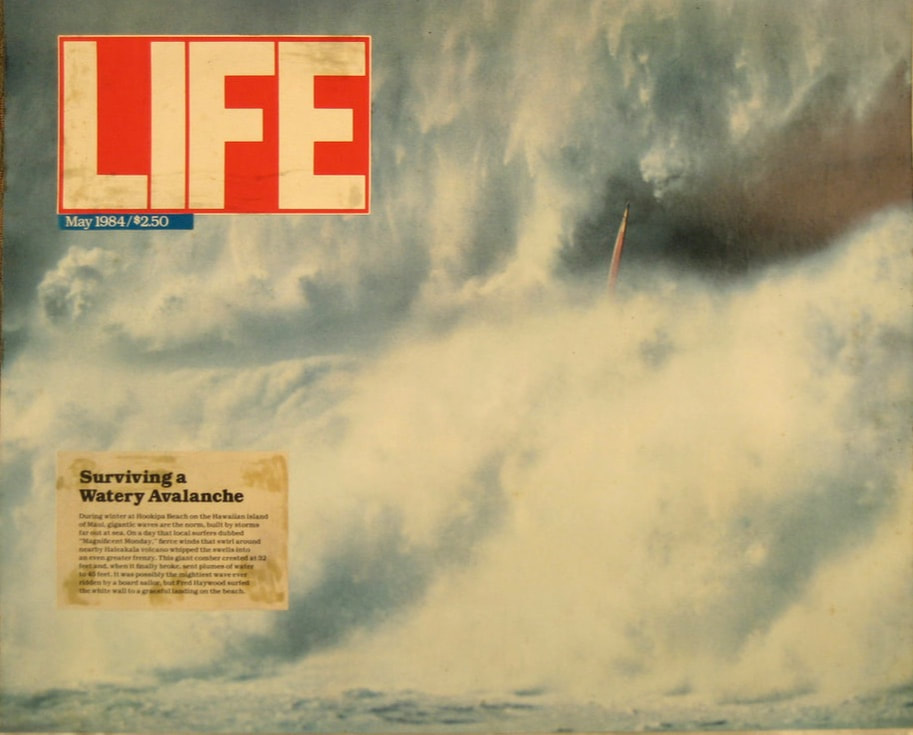 Favorite minute of windsurfing? "Sailing with Bill Boyum from Lanai to Maui with huge north winds and giant north swell then 10 miles inside reef and back to Maui."

​What would you like to be remembered for in this sport? "As a fun loving waterman who shared Aloha in the sport." 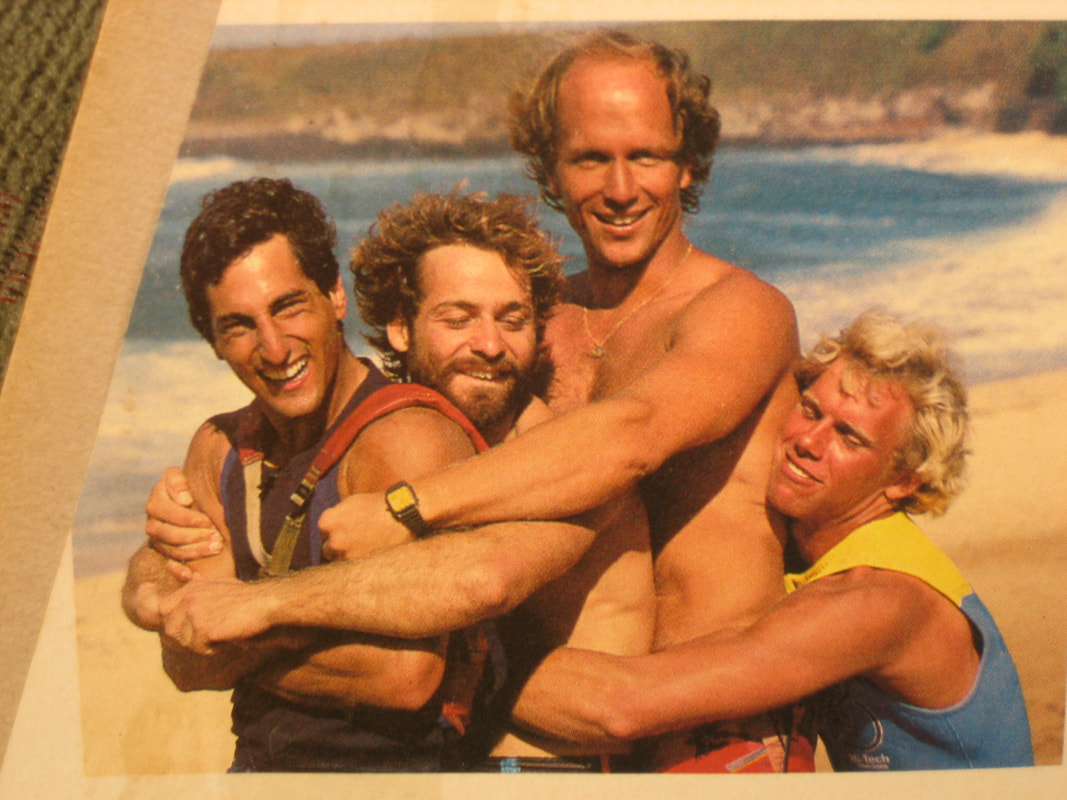 A few of the boys who made it out on Big Monday. Dave Ezzy, Malte Simmer, Fred, Craig Maisonville. 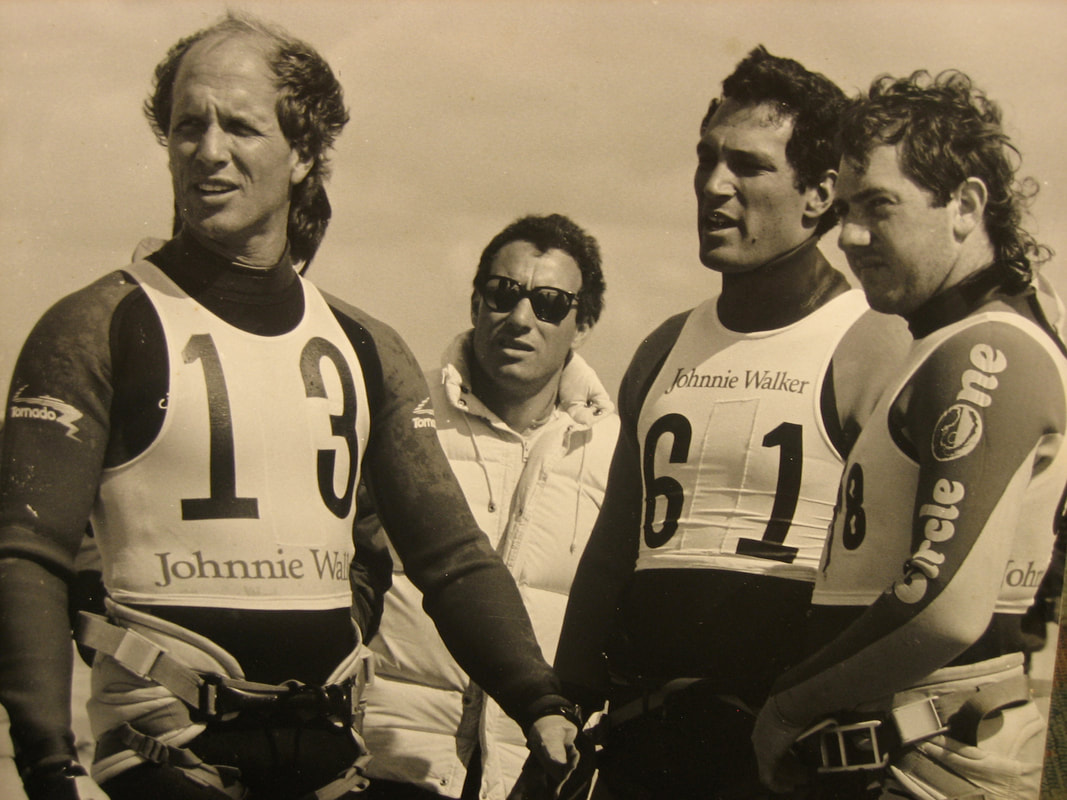 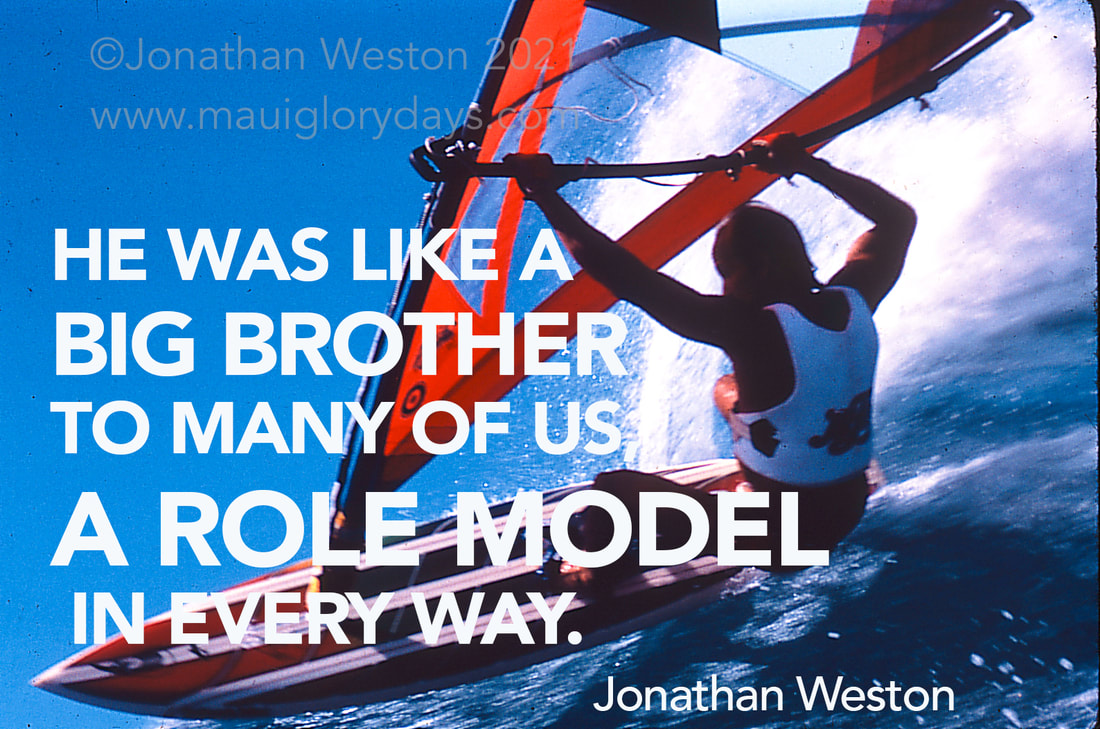 Fred had one gear; FAST. I think the photo is by Jonathan Weston 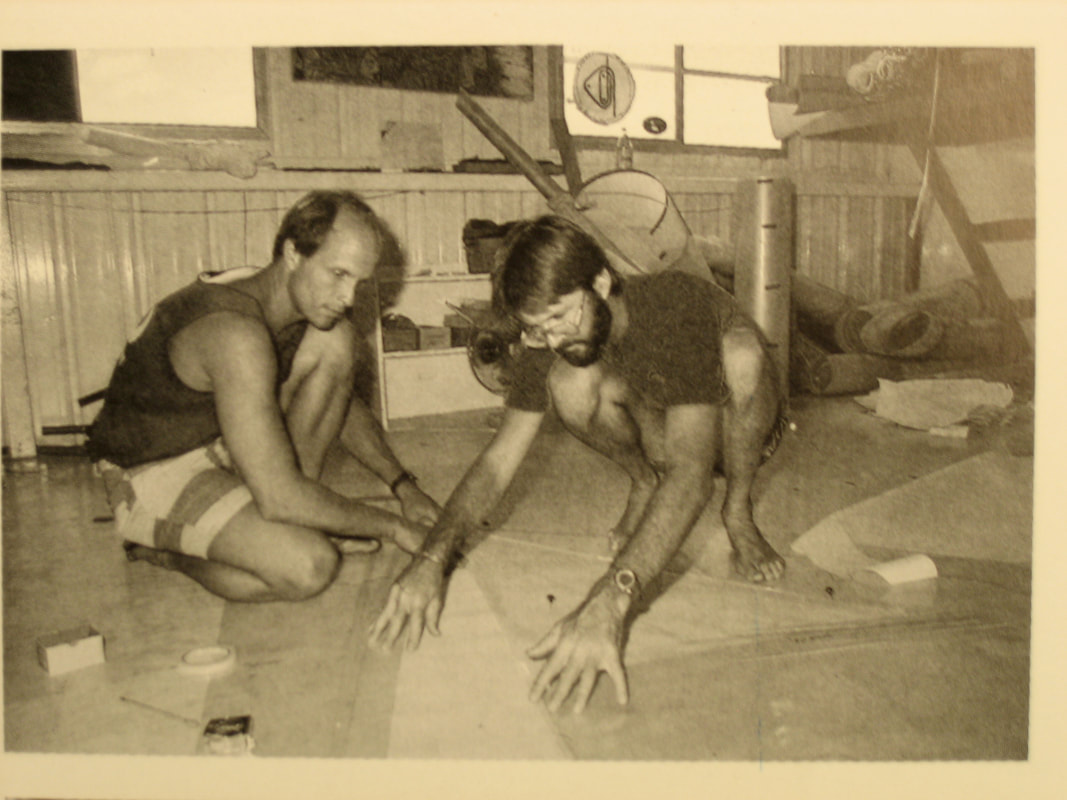 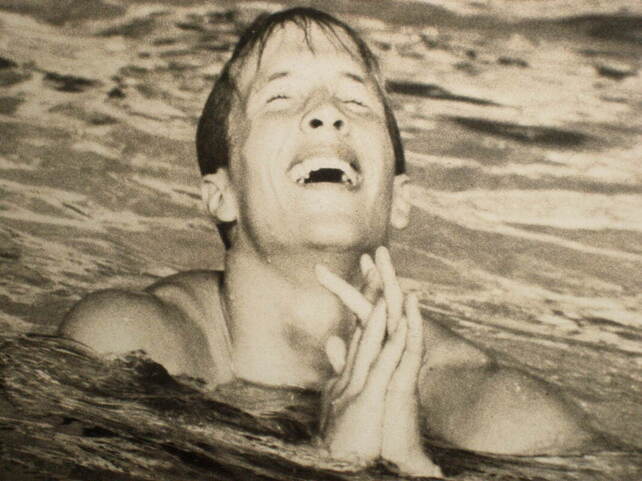 Fred winning a National Championship in swimming while still in high school.

Jibing around at Sprecks on a coast run. Photo Weston.

BACK TO 2021 WHOF INDUCTEES
SUPPORT THE WINDSURFING HOF