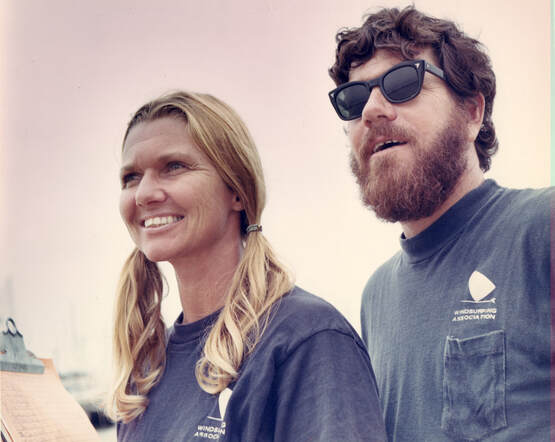 Windsurfing began as a grass roots movement. There were a few attempts to place a sail on a board, but there had also been a few attempts to put a wheel on a car. It took Henry Ford to make that car run and place that wheel in the hands of thousands. The same goes for Henry Hoyle and Diane Schweitzer.

Along with Jim Drake, they improved on the "thing" and made it work simply enough so that it became the thing that the masses could enjoy. With slogans like "Wherever there's Wind and Water," and "Windsurfers Do It Standing Up," that thing became a sport; the fastest growing sport in the world.

After the Original Windsurfer was developed, it was really Hoyle and Diane who put in every effort to make the sport blossom. They birthed it. They bought Drake out, threw every last penny into the endeavor, and babied it to hell and back. It kicked and screamed and wasn't easy. The thing didn't take off at first. They'd attend trade shows, call people up to invite them to regattas, and typed and copied and hand stamped Diane's Windsurfer Newsletter to the few Johnny Appleseeds that bit.

And of course, in time, the world did bite. In Europe, everybody suddenly had to have one. They'd put it on their car as a status symbol, whether they ever took the thing off or not.

Hoyle and Diane were both damn good sailors as well. Of course, they should be. They had enough practice at it. To unsugar-coat it, Hoyle's battle to hold onto his patent in courts took the fun out of things. But it was too late for the world. The world was already having too much fun doing it.

It was a family affair, and to induct one Schweitzer, you have to induct them all. Matt was of course the poster boy, but there was Teddy and Tara, too. There was the entire Windsurfing International Family – the Dick Lambs, the Bruce Matlacks, the Swatek Sisters, Halsey, Hawley, Pefley, Parducci's – the list goes on. Maybe at times we're a dysfunctional family, but we're a family. Often, we take this sport for granted, but those who grew up with windsurfing remember that day when they first saw someone walking on water, and owe that all to Diane and Hoyle Schweitzer. They have also been rightly inducted into the Sailing Hall of Fame in 2020.
JW 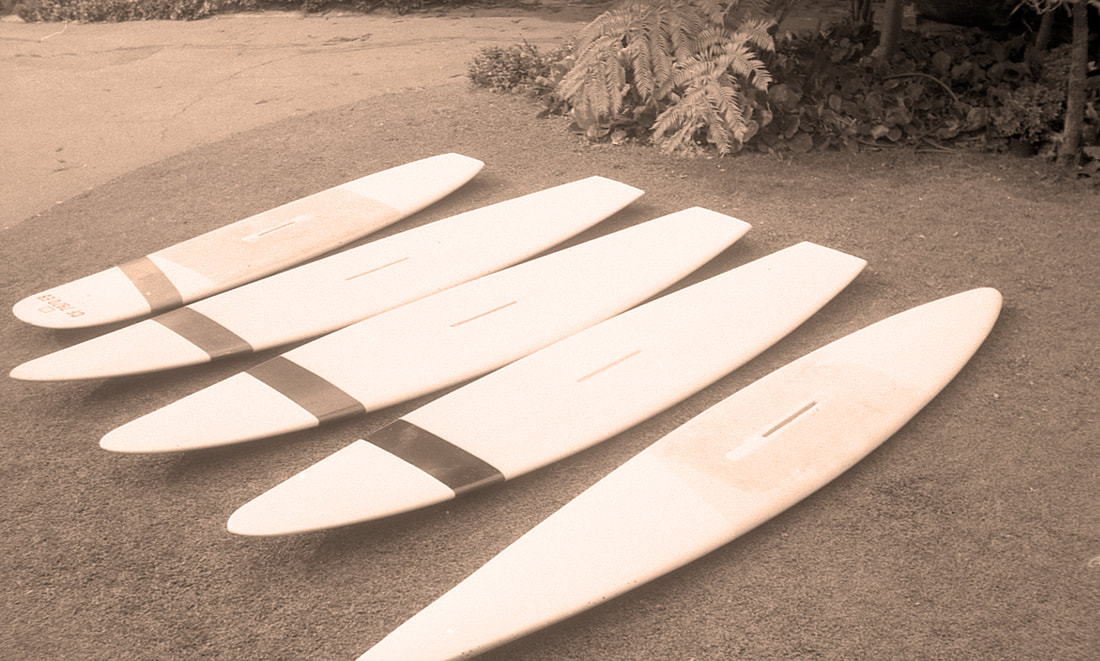 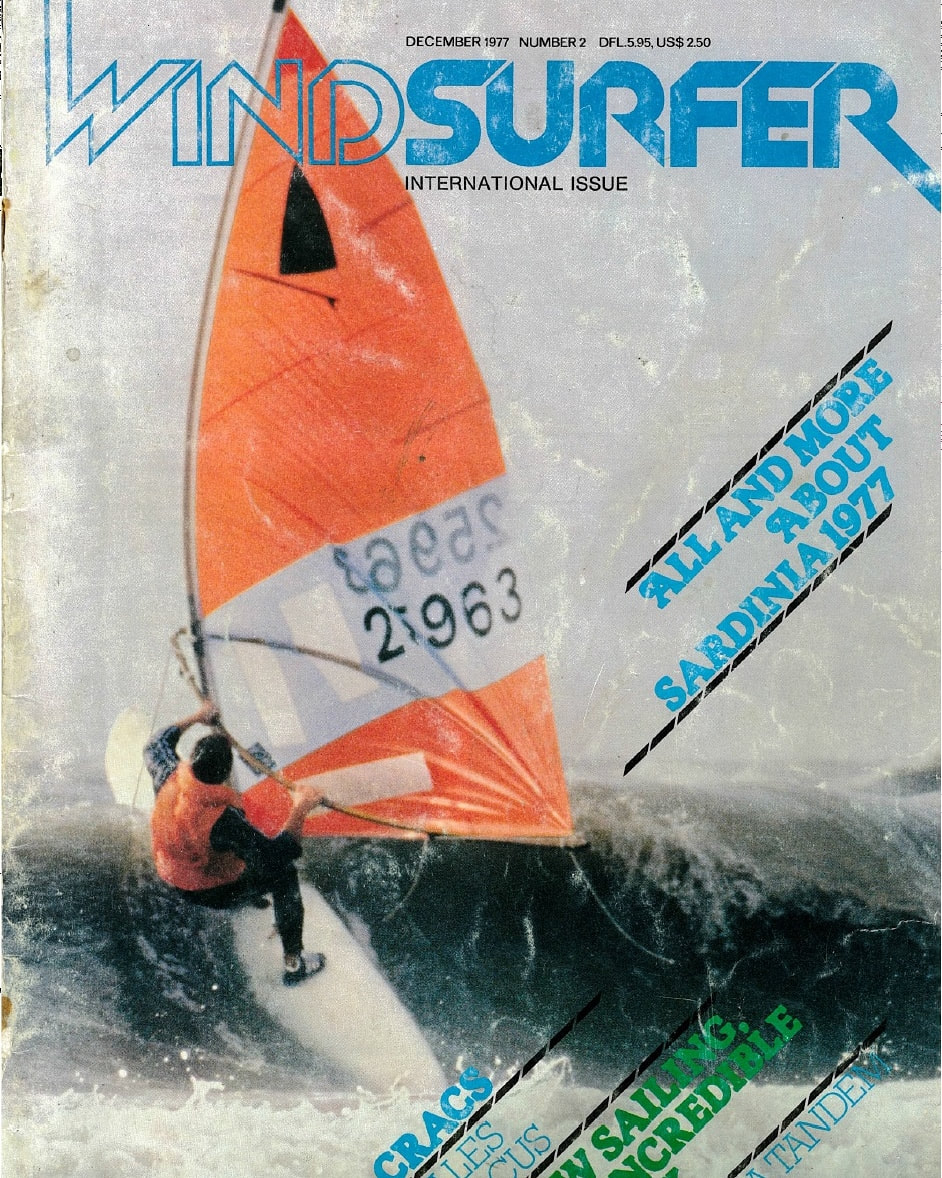 The newsletter turned into a magazine once the sport gained popularity. Copy courtesy the Windsurfing Museum in Prague. 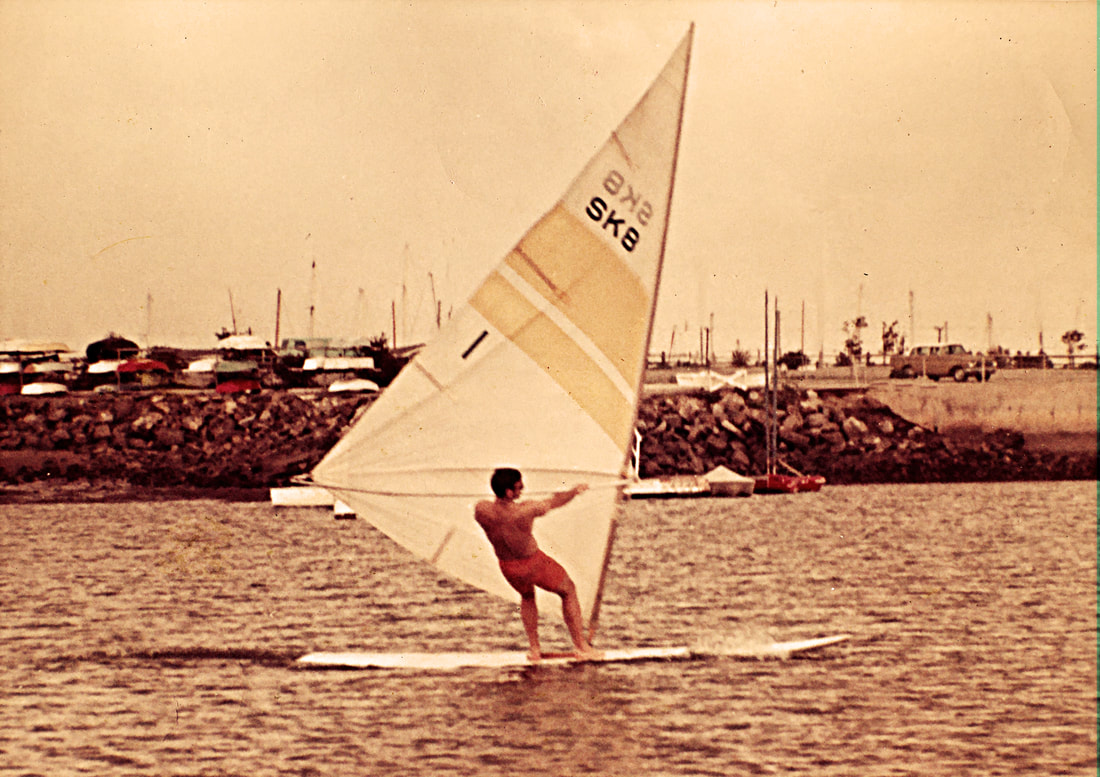 Pretty sure this is not Peter Chilvers. 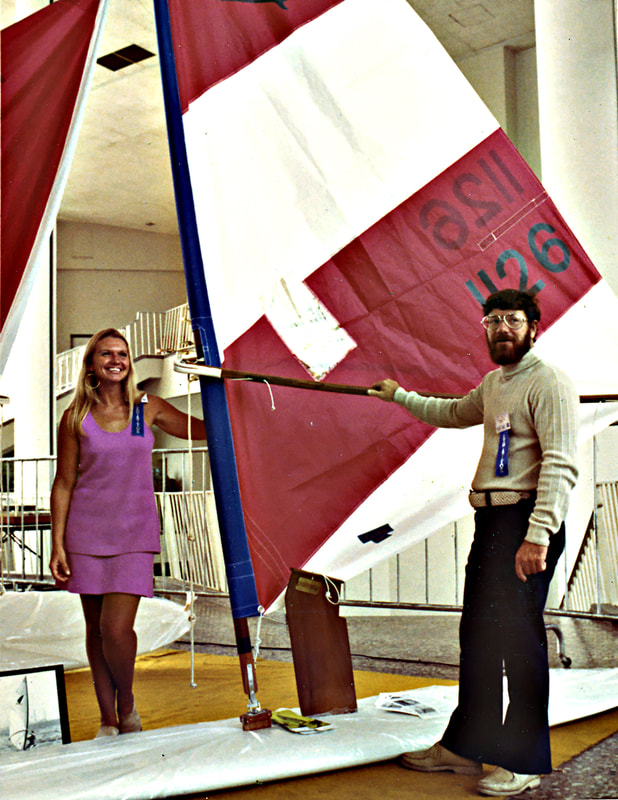 Believe it or not, windsurfing was a tough sell back then. Here, Diane and Hoyle dress up for a boat show. 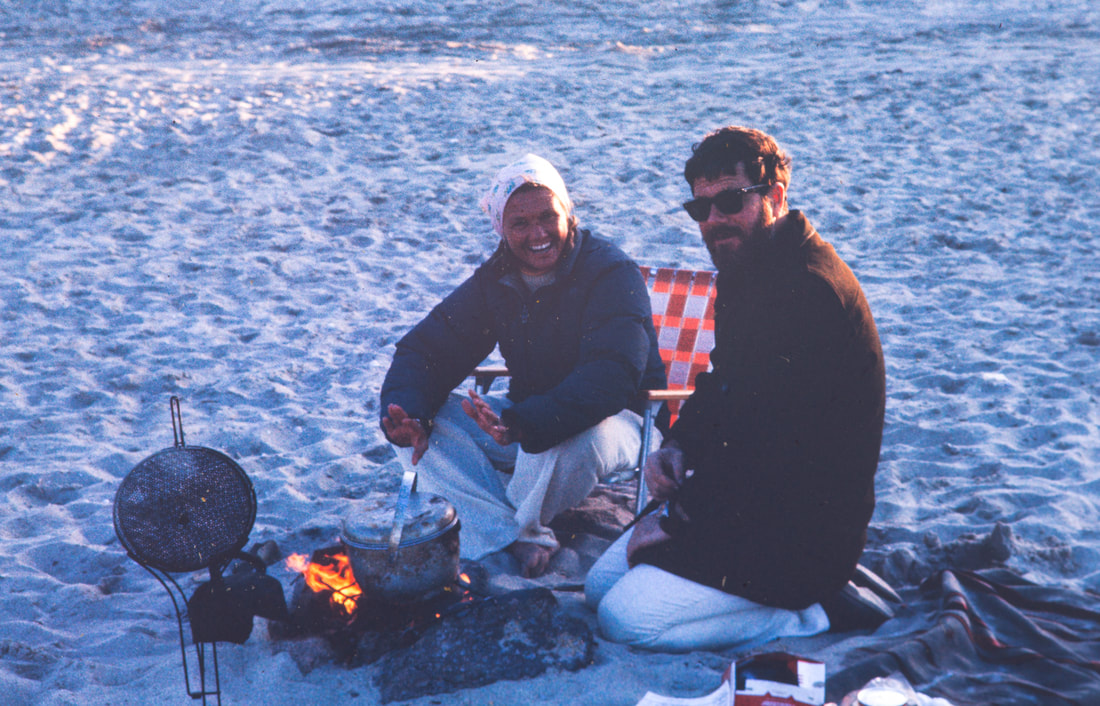 Diane and Hoyle camping at one of the San Felipe regatta gatherings. Photo Weston 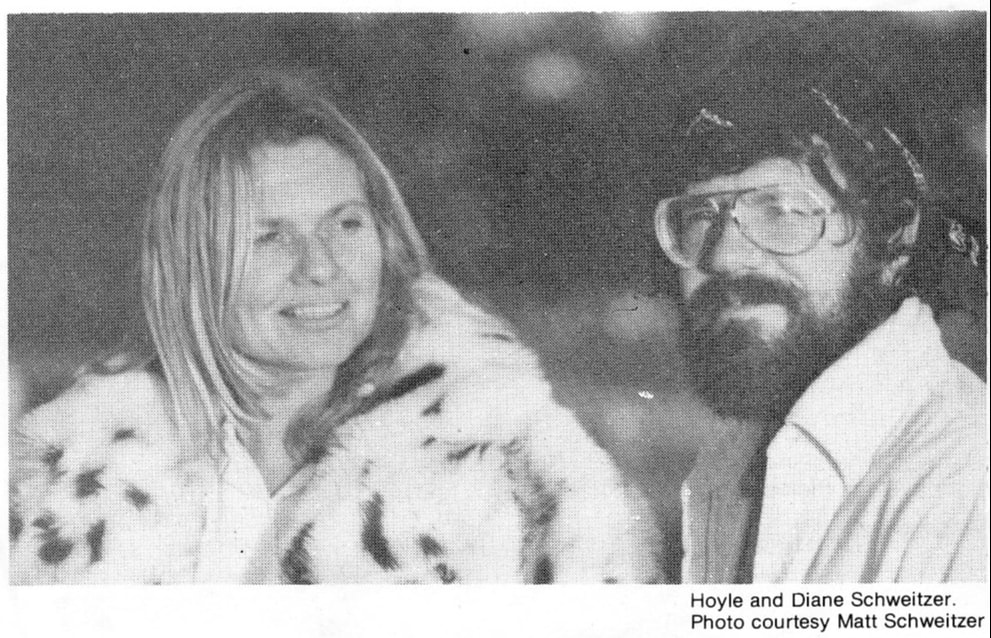 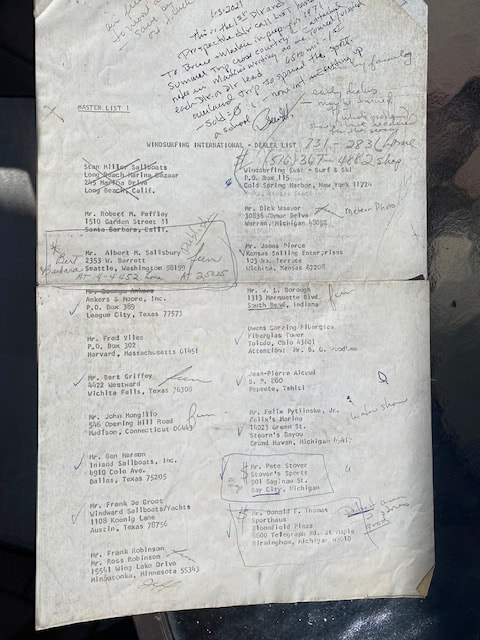 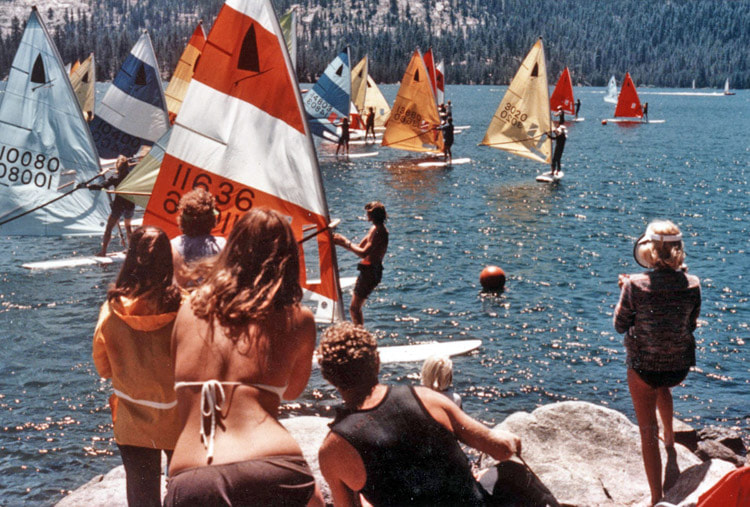 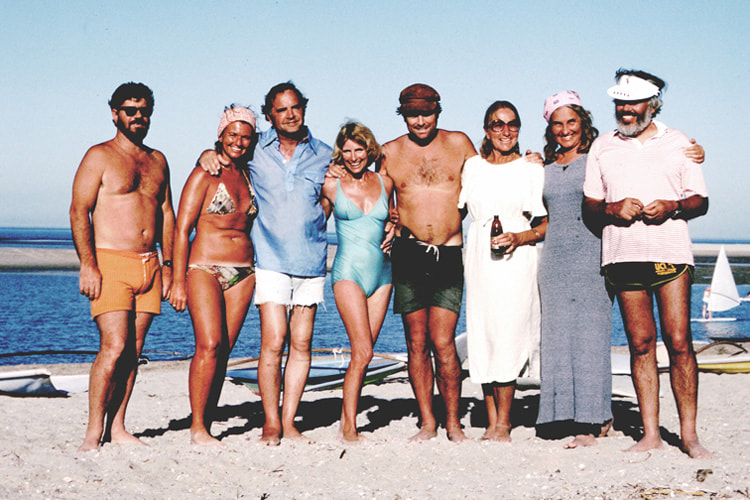 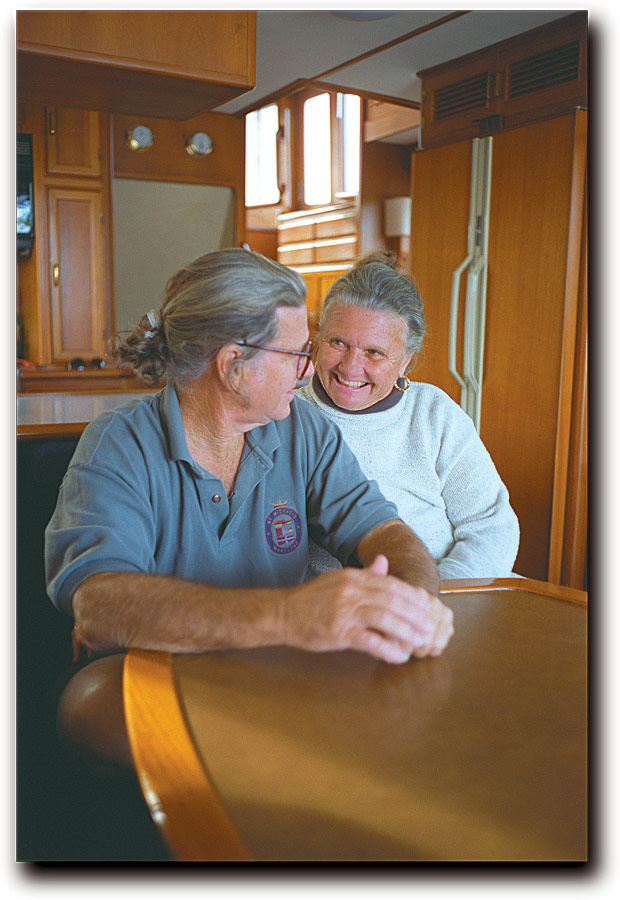 Hoyle and Diane a few years ago on "Pailolo" cruising Georgian Bay. Photo John Chao
SUPPORT THE WINDSURFING HOF
BACK TO 2021 WHOF INDUCTEES