Having grown up in a sailing family racing boats from Starlings to 470s, it was only natural that Anthony Bruce Kendall, from Papakura, NZ, would pursue boardsailing and the triangle racing format of the Olympics. But getting there would not be easy. Back in the day, NZ was yet to become a powerhouse, a stable of pro sailors for Cup syndicates to poach.

While most other Olympic windsurfing competitors were fully supported and traveling the international circuit, Bruce would arrive in LA at twenty years of age for the 1984 Summer Olympics an unknown, unsupported, sleeping on beaches with the rest of the meager Kiwi team. Surprising everyone, Bruce would win a bronze medal. Were it not for losing a protest in a collision with the French sailor (sacré bleu!), he might have won gold.

This changed everything for Bruce. He then received the sponsorship to pursue the sport on the pro circuit, competing in a full range of events, all leading up to his improvement and in Seoul, 1988, this time Bruce came home with the Gold.

Bruce Kendall also competed at the following Olympics in Barcelona, coming up just short of another medal due to faulty equipment. The fin on his Lechner board snapped in the third race. He then turned to racing Tornado Catamarans, followed by a career of coaching both windsurfing and catamarans, including his sister, Barbara, also in the Windsurfing Hall of Fame, to another Olympic medal (She one upped him with 3). Nothing like a sibling rivalry!
JW 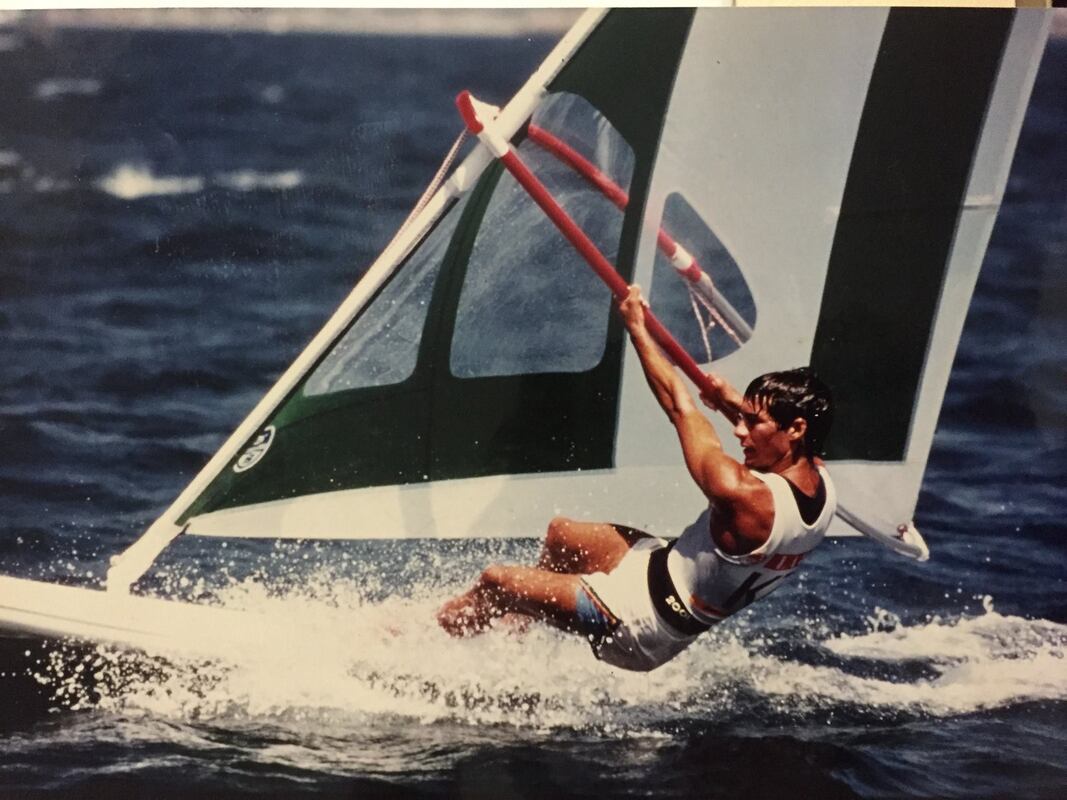 Bruce had to battle on gear not commonly found in his home waters; the Windglider and Division II Lechner (below). 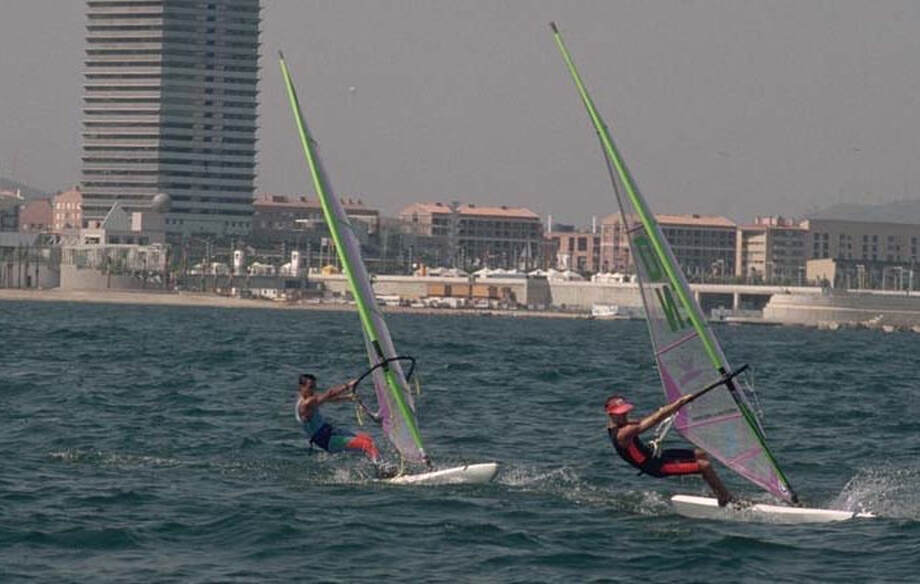 ​The three Bruce's.
Your first windsurfing experience? "First tried unsuccessfully at 13 yrs old in 1977 in Fiji. Rig was too big and I was too small, it was rough & windy. 1978 I stepped on a rental board with very basic instructions from the instructor - which related to sailing a boat (which I had done a lot of) and I sailed around the bay at Mount Maunganui, Tauranga Nz without a fall. I was hooked. From then on for the next year I waited on the beach for windsurfers to come ashore for a rest and asked to take their board for a spin for a few minutes. I could not afford a board and mum got embarrassed and bought the family a cheap board “for the family”."
.
Favorite minute of windsurfing? "winning the gold medal in Korea with a race to spare and at the medal ceremony all my friends I raced gave the loudest cheer of all the Yachting medal ceremonies. That acknowledgment from my competitors that I had won with honor was worth more than the medal."

​What would you like to be remembered for in this sport? "For beating the odds to get to the top of the sport and helping to pave the way for others." 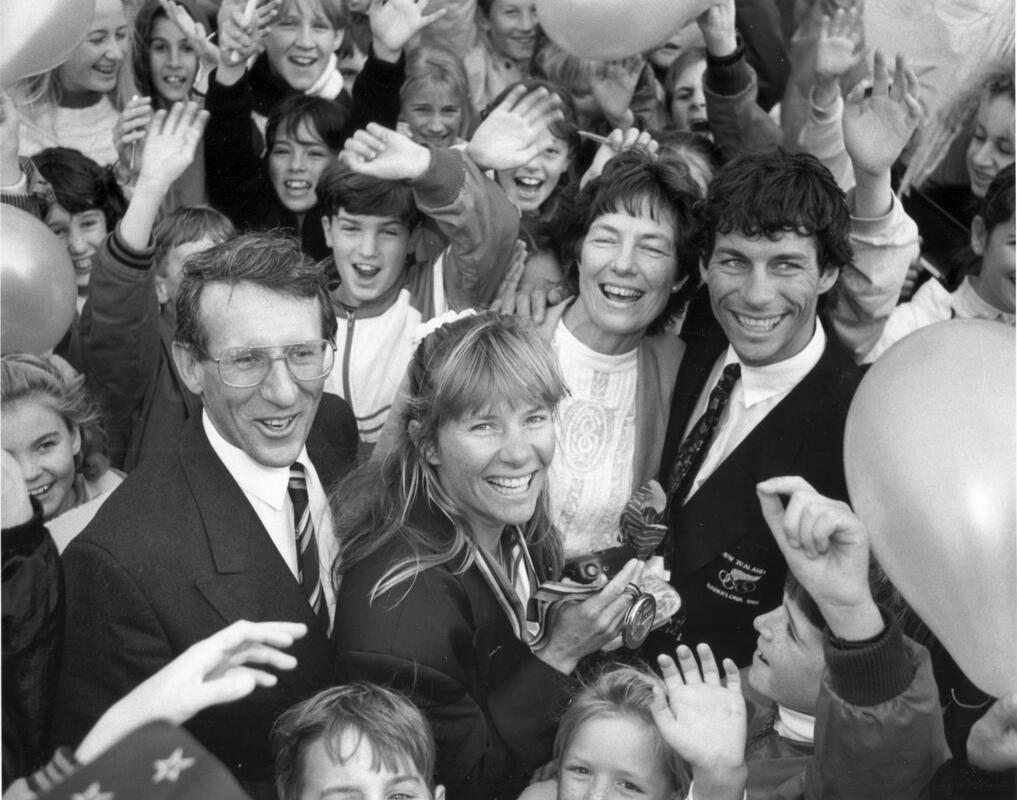 It's a family affair. Parade for Bruce and Barbara. 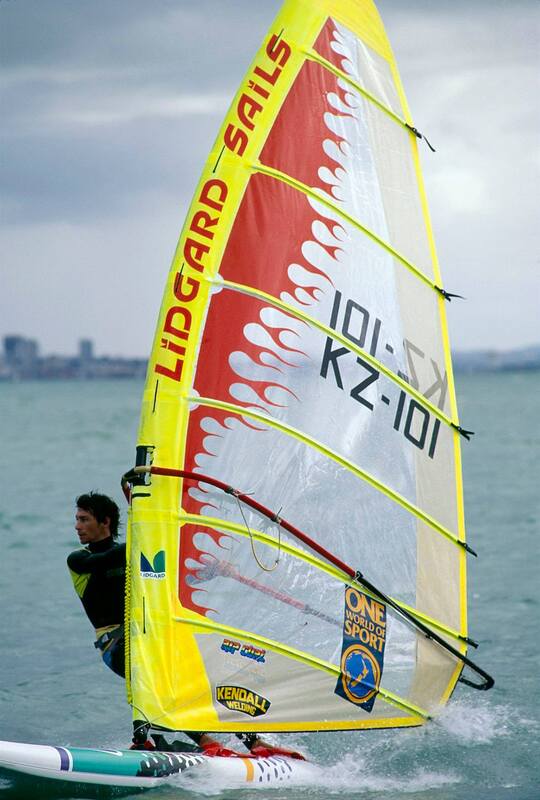 For a quiet guy, Bruce was a flamethrower on the pro circuit. When asked what kind of windsurfing he liked best, Bruce says, "Long down wind races in big seas with my mates and Wave sailing in perfect waves and not too much wind was my best “happy places” The moment of anticipation when you decide to drop down the wave for the first bottom turn followed by the rush of smacking the lip at its first throw - harder than it hits you. Then the thrill of getting it together to land out in front of the wave. Unbeatable. Wave sailing / surfing is my favorite thing in the world to this day." 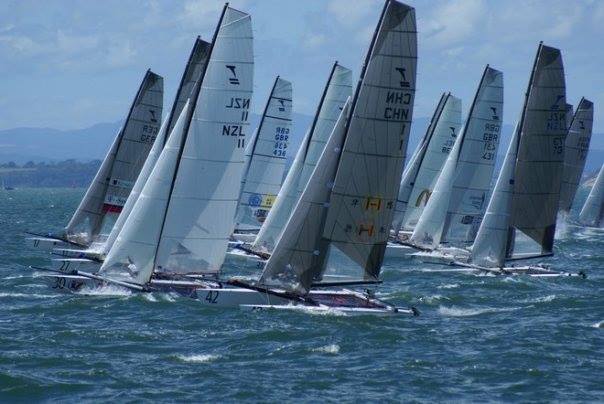 Bruce campaigned for Olympics in Tornadoes. Came up a little short of a medal, but proved his all-around sailing skills. 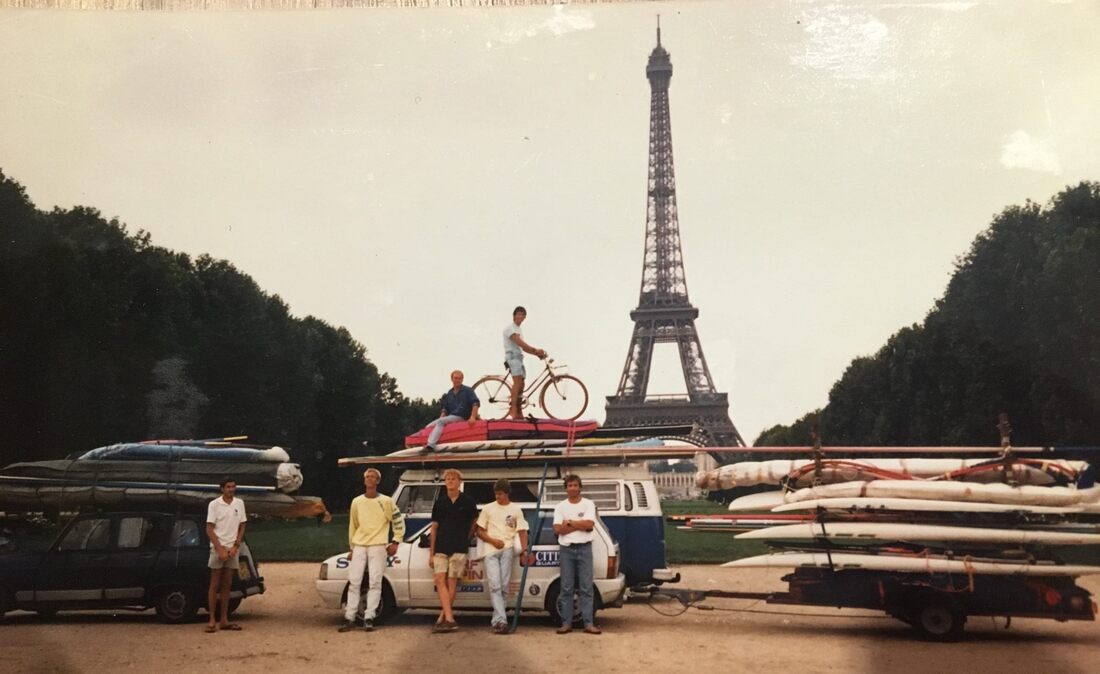 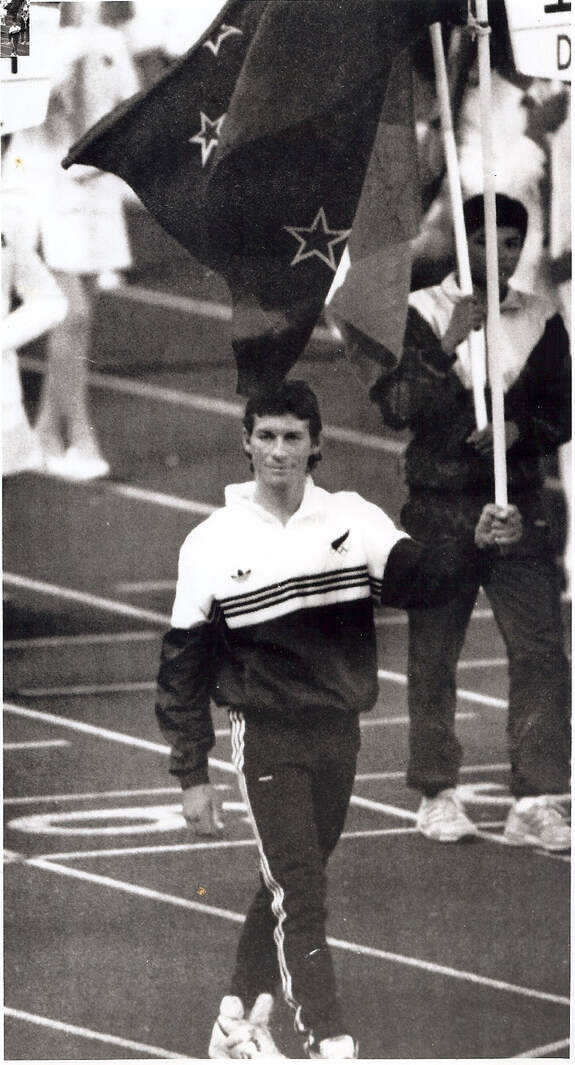 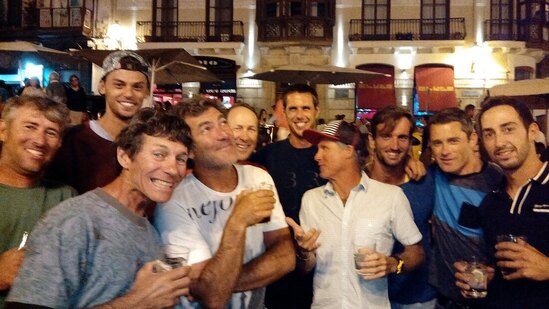 Sketchy RX lot. Can you name them? 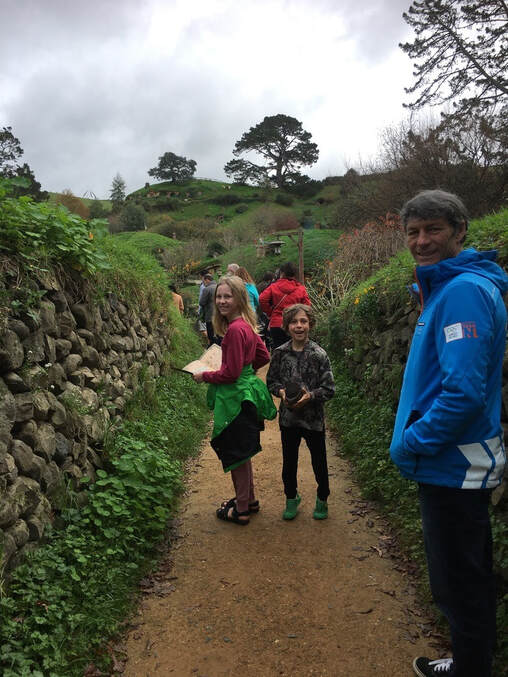 New Kendall's, off on an unexpected journey.
BACK TO 2021 WHOF INDUCTEES