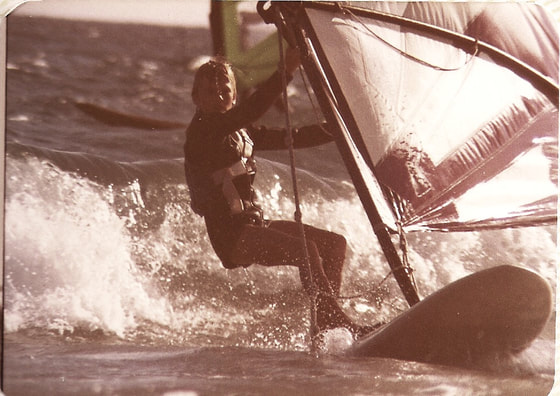 Maybe Robby understood what Matt was thinking when he saw young Bjorn coming.
Heralded by many as the ultimate champion, Björn Dunkerbeck became a force to be reckoned with as soon as he hit the professional circuit at the tender age of 17.

The half Danish-half Dutch windsurfing legend was unbeatable, with 105 Professional Windsurfing Association (PWA) titles, but who's counting? As a racer, for sure he dominated, but it was the seven PWA Wave World Championship crowns and 12 PWA overall world championships that marked him as an absolute sporting legend.

Did we mention that the ace has broken the Nautical Mile speed record four times, the 500m Open Ocean speed record twice and the 250m speed record?  Combining raw talent and sheer determination, there was certainly something in his water that makes him stand out as a true phenomenon in the world of star quality sport.

Today, Dunkerbeck is still chasing speed records, organizing world class events, and running windsurfing camps to give back to the community. While on the PWA tour, he admitted that it was "lonely at the top," but today he's let his guard down to become a true ambassador of the sport. 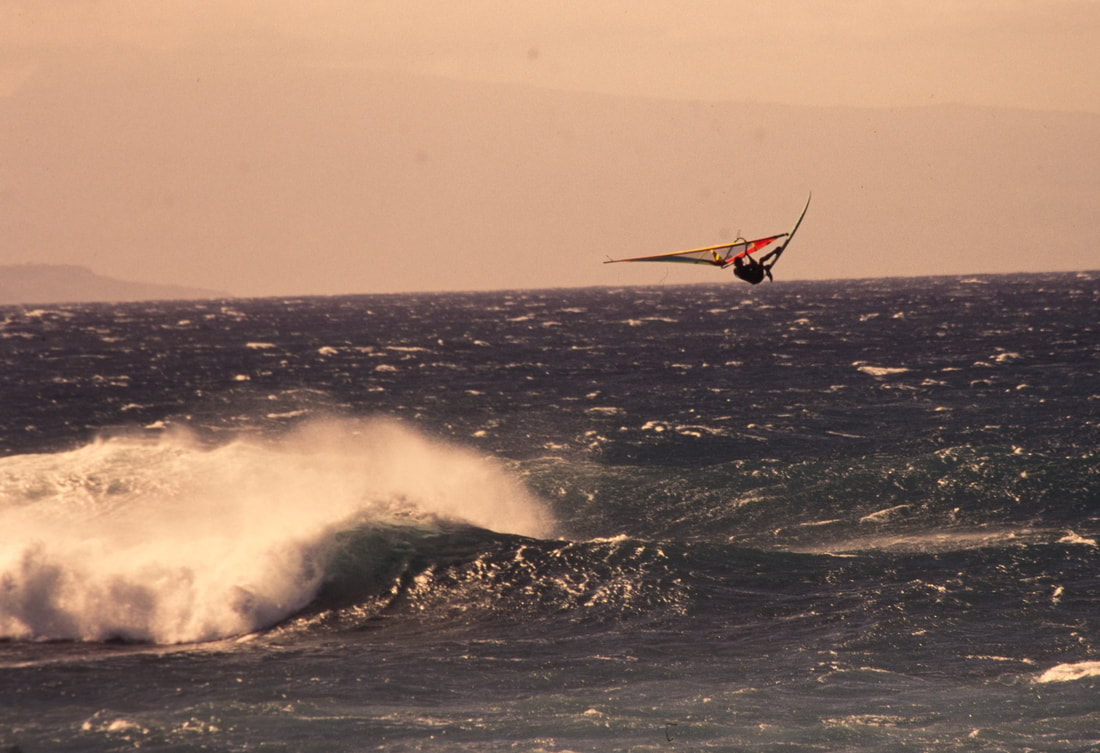 Bjorn warming up at Lanes, Maui. Photo Weston
Your first windsurfing experience? "At my parents' Windsurf center in Gran Canaria in 1978. My mother Ulla and father Eugen owned it for 40 years and now- since five years I'm running the Dunkerbeck Windsurf Center in the south of Gran Canaria."

​What would you like to be remembered for in this sport? "Still enjoying my time on the water and I would like to be remembered as the only one who won every discipline in the World Cup: Wave 7, Freestyle 1, overall 12, slalom / Race 19 and Speed 3 titles as a father of 4 super kids and married. As well as a Motivator and representative of our great sport/windsurfing in the greatest way to get more people on the water." 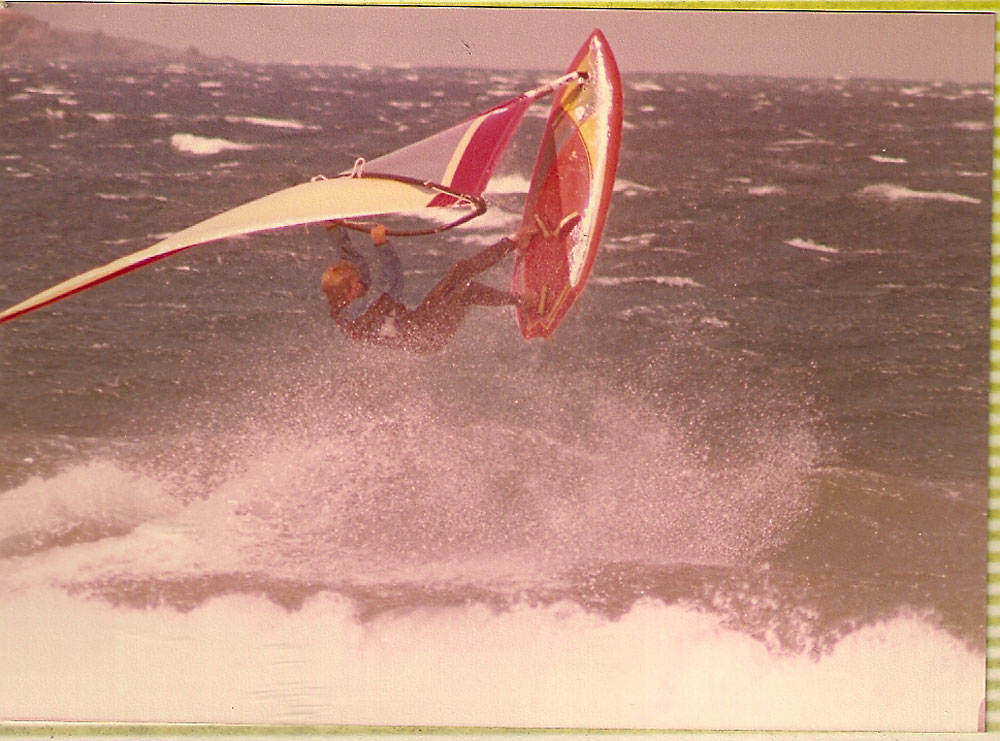 You can see from this board and mast placement that Bjorn has been around the block. Photog unknown. Dad? 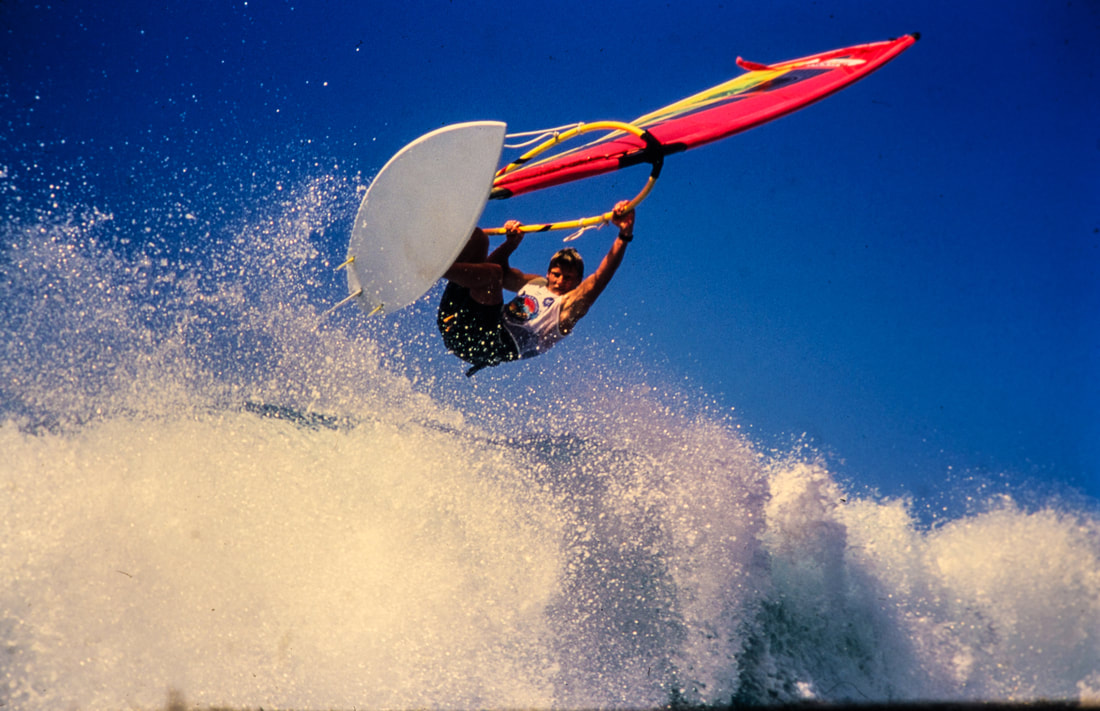 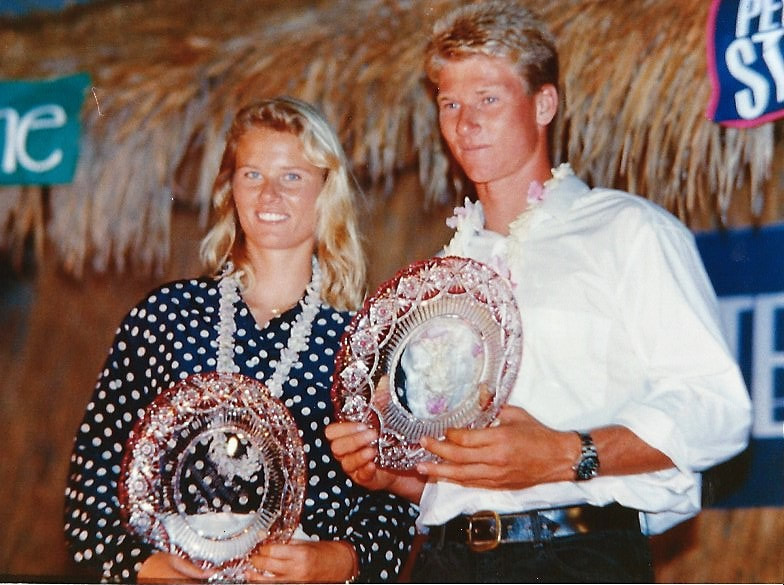 Looks like the fleet got completely Dunkerbecked. With sister, Britt also a hall of famer. 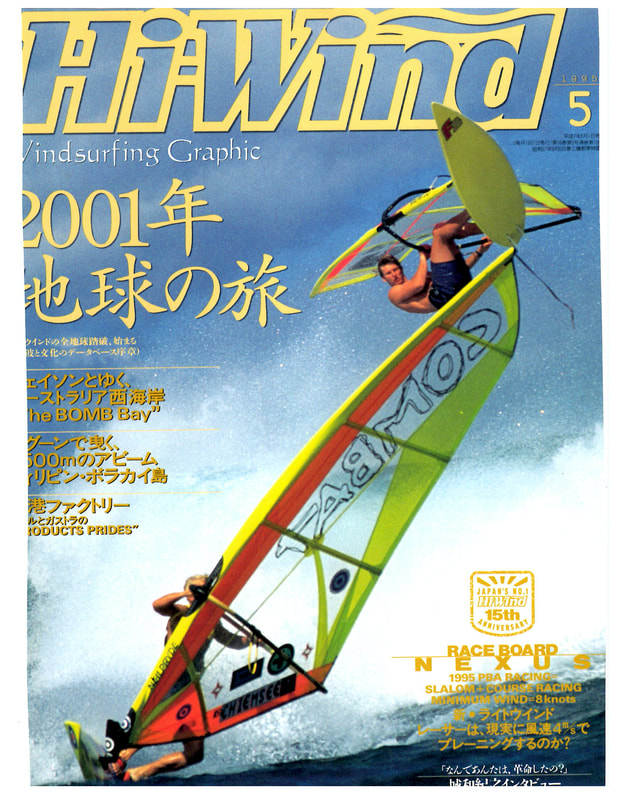 Another cover. "Whoever you are, I'm coming for you" Dunkerbeck. Photo Erik Aeder 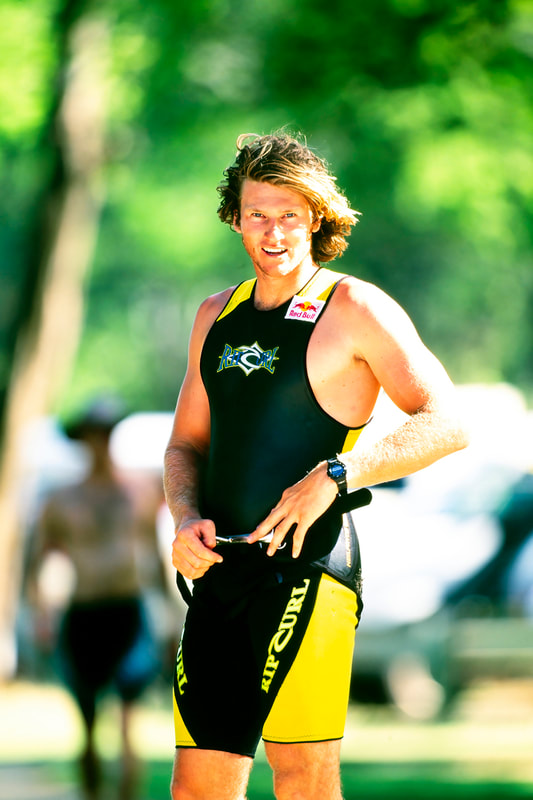 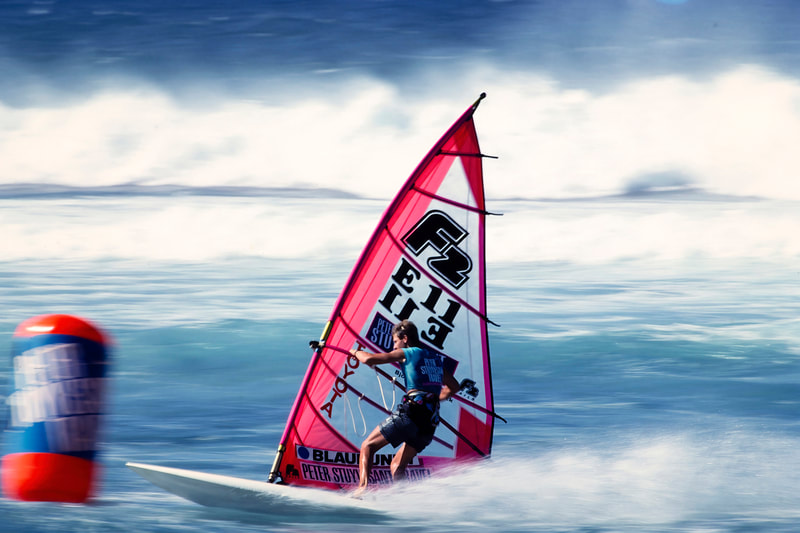 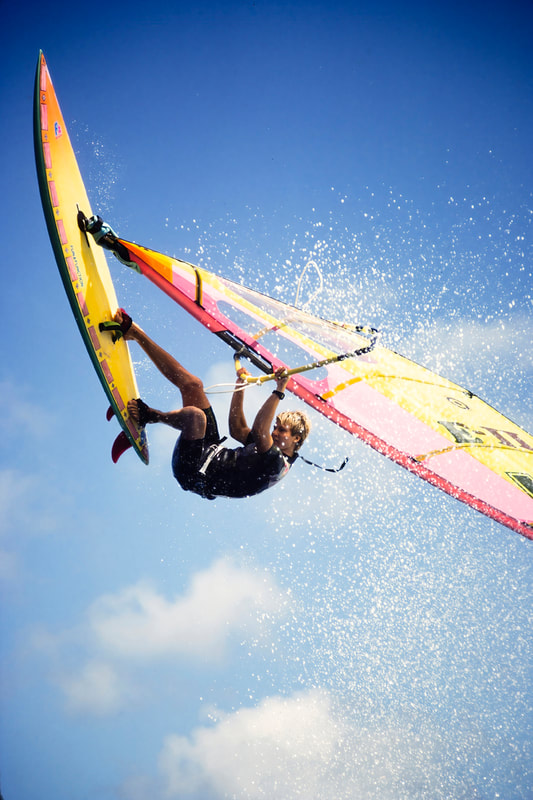 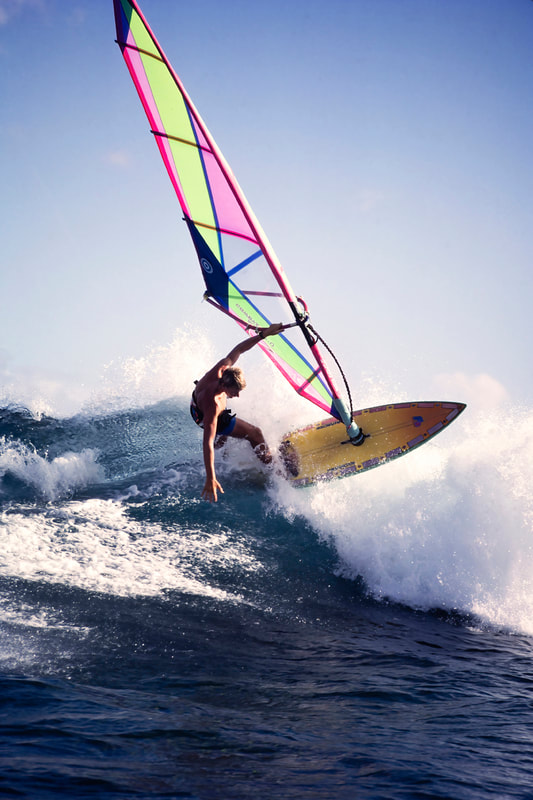 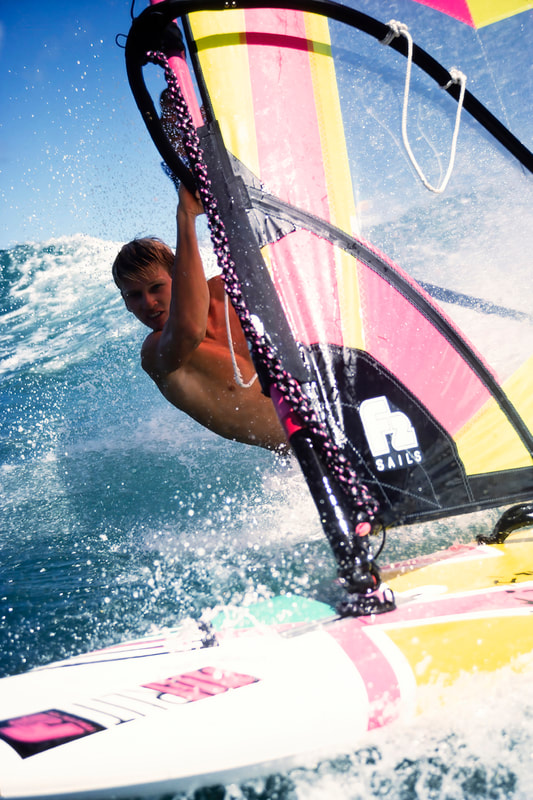 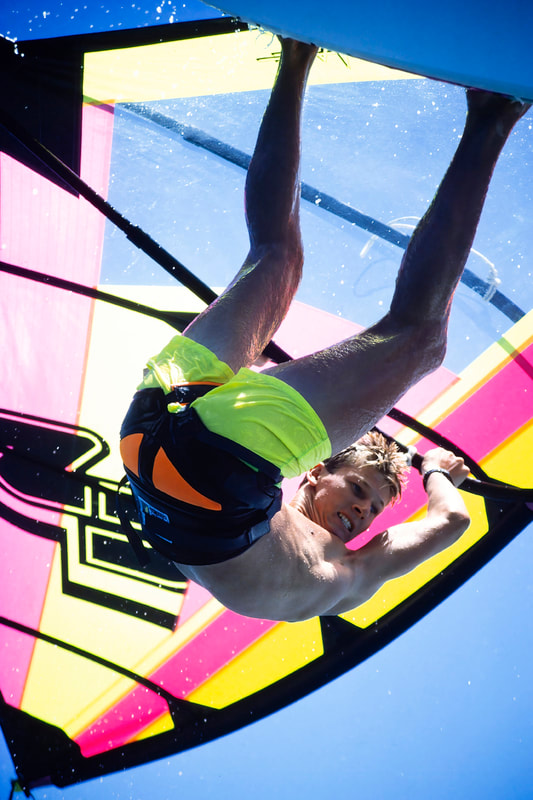 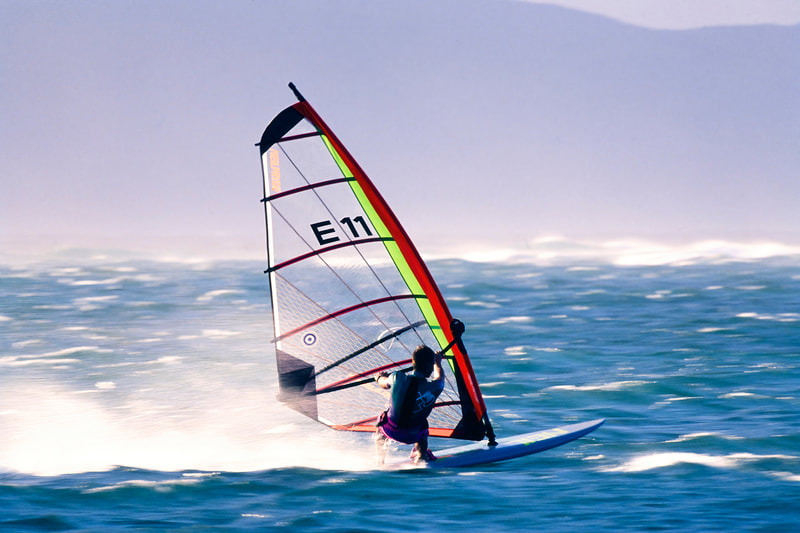 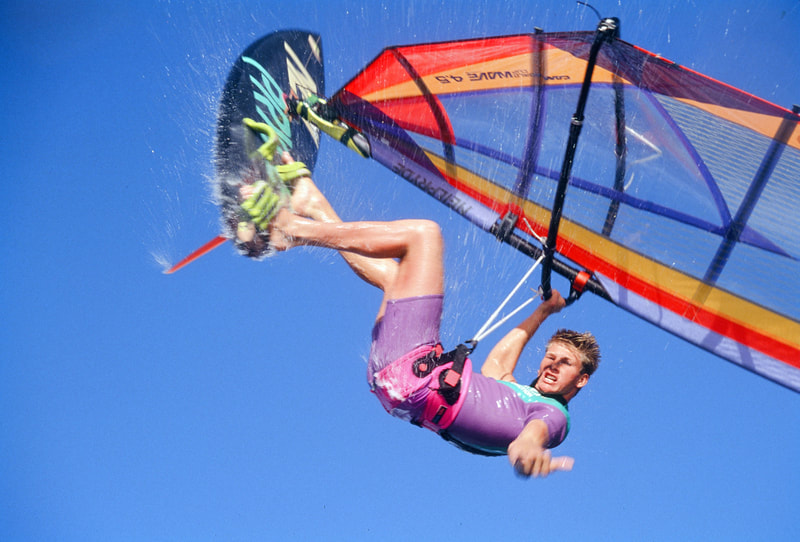 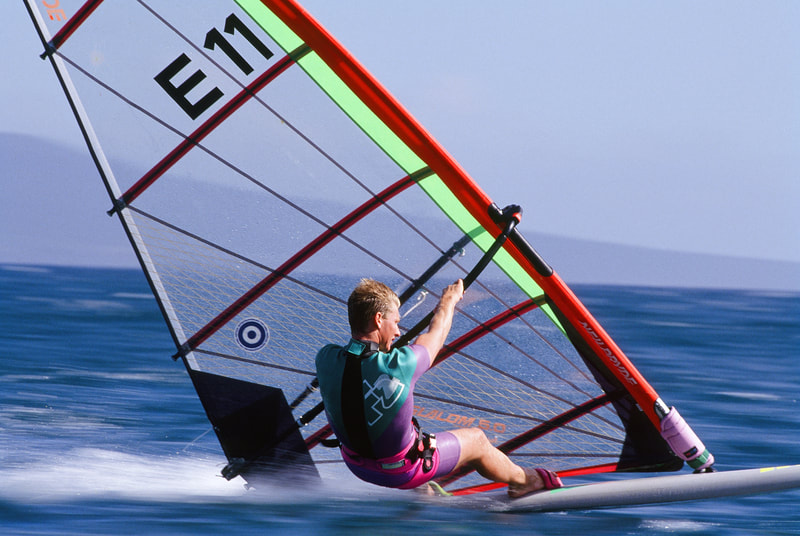 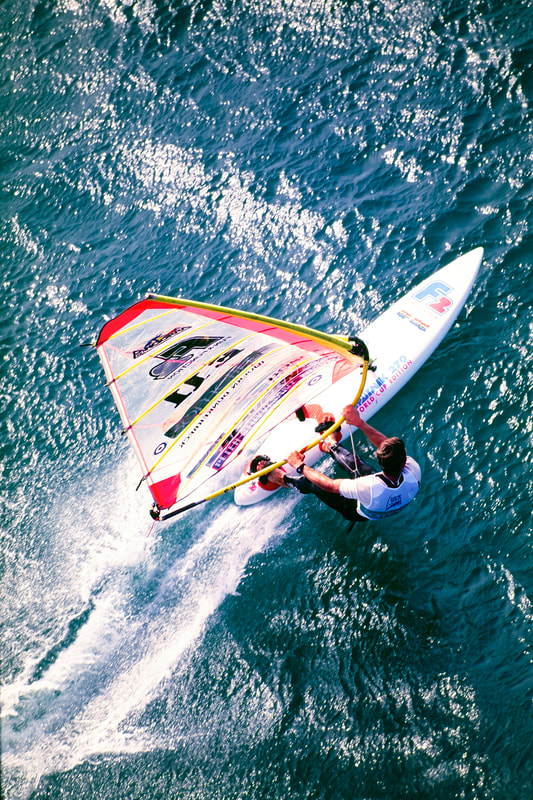 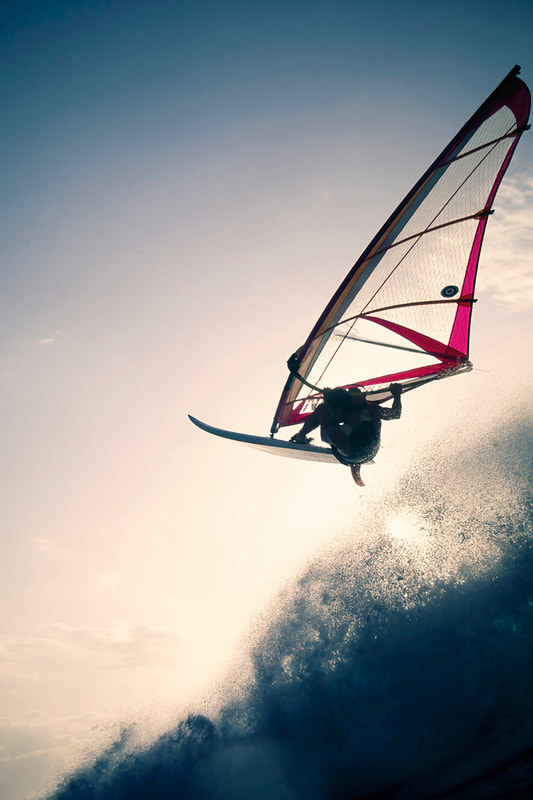 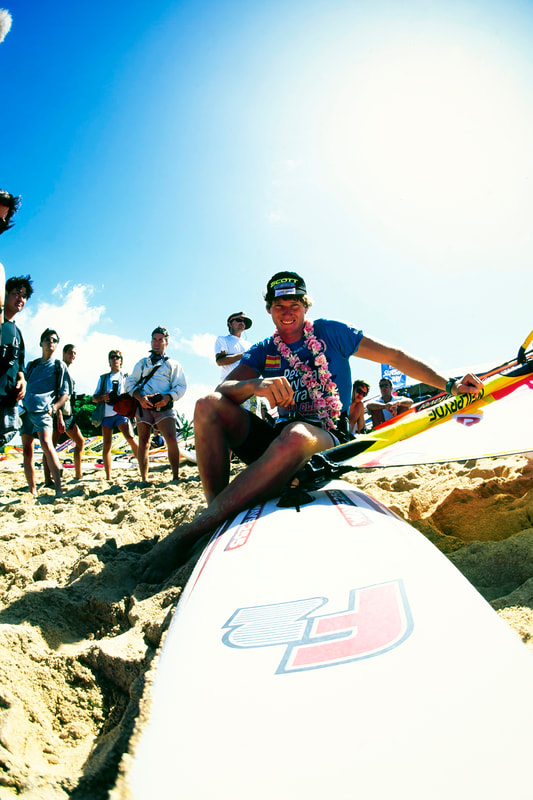 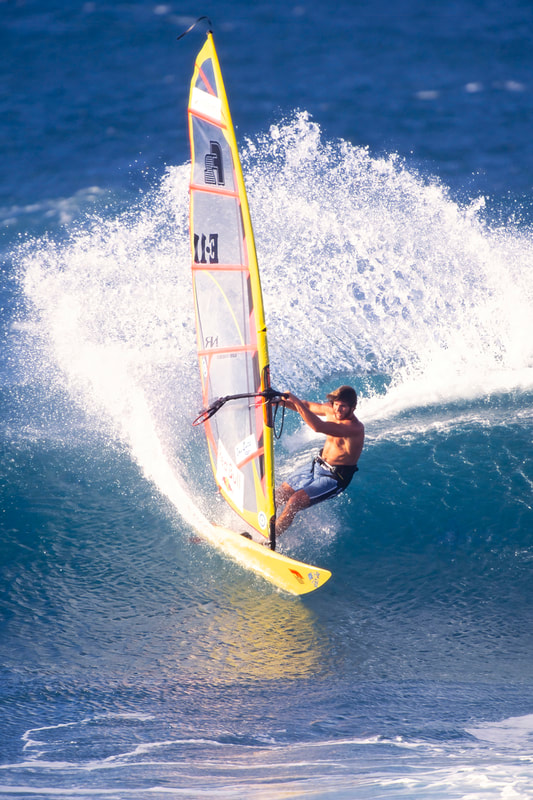 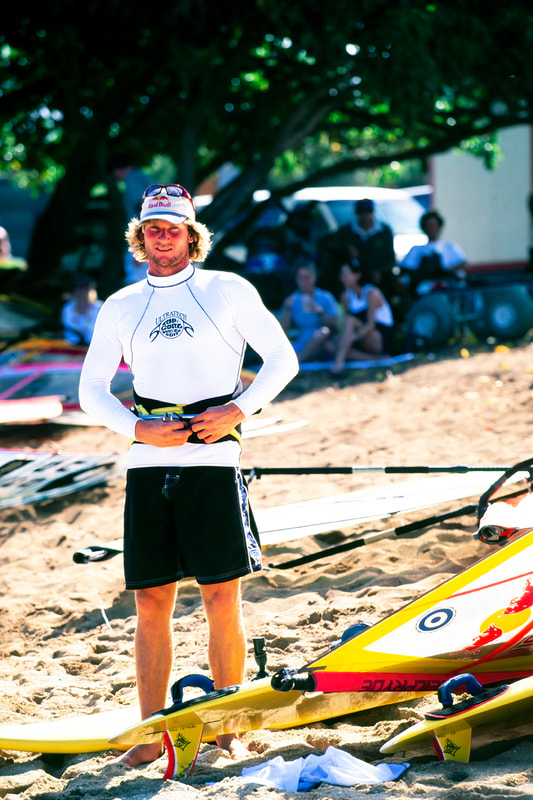 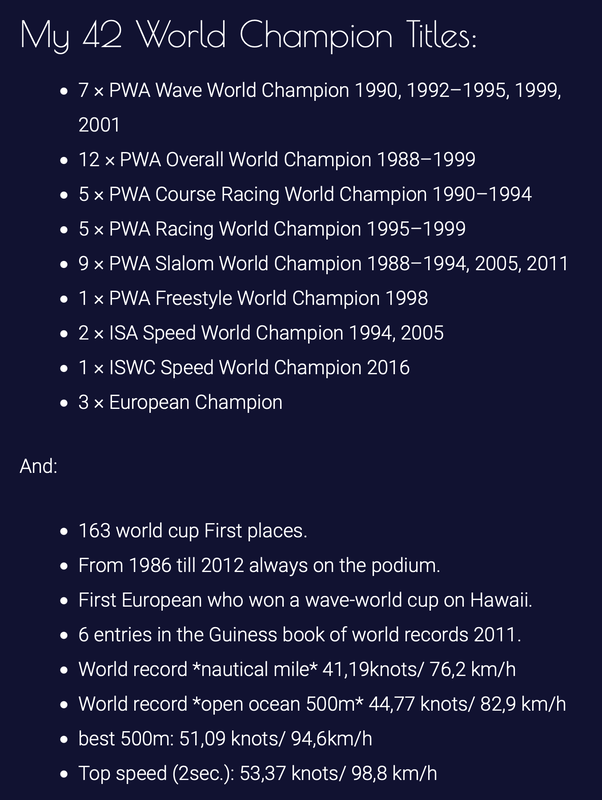 To put it mildly. 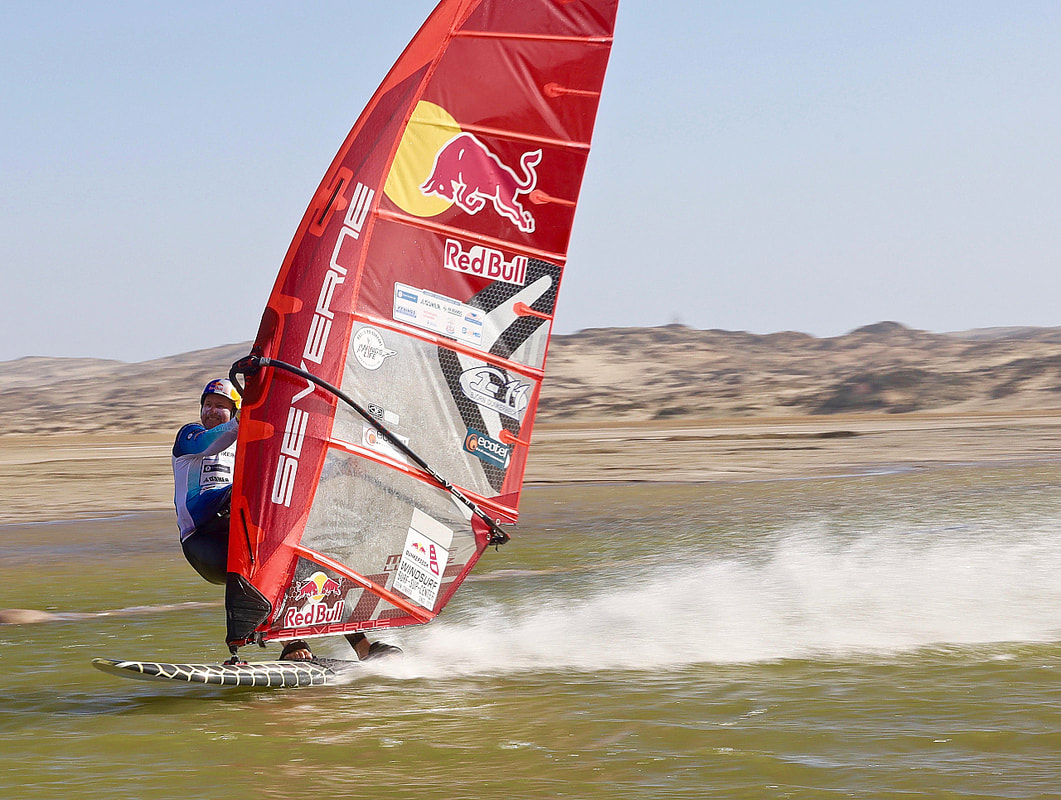 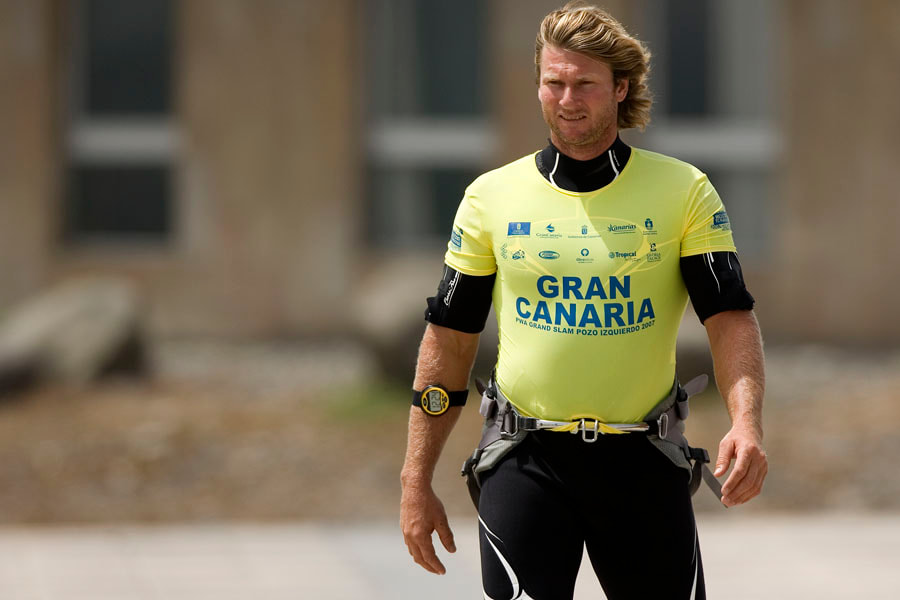 The need for speed never dies.
SUPPORT THE WINDSURFING HOF
BACK TO 2021 WHOF INDUCTEES